Time is permitting during the morning coffee :)

In April (2021), you authored 5 top level posts comprising of 21721 characters. You also entered 415 comments onto the Hive blockchain totaling 187084 characters of text.

You used 2 different categories for your content and hive-185849 was the most popular, chosen 3 times.

The post shared with the community the most was first-quarter-report-new-experimental-format which was Re-blogged 4 times.

Your average vote weight (to the nearest whole number) in April was 28%.

You spoke to tarazkp the most, leaving 50 comments and shepz1 spoke to you the most with 45 comments.

You upvoted tarazkp the most, 60 times, and chose to issue 0 downvotes. 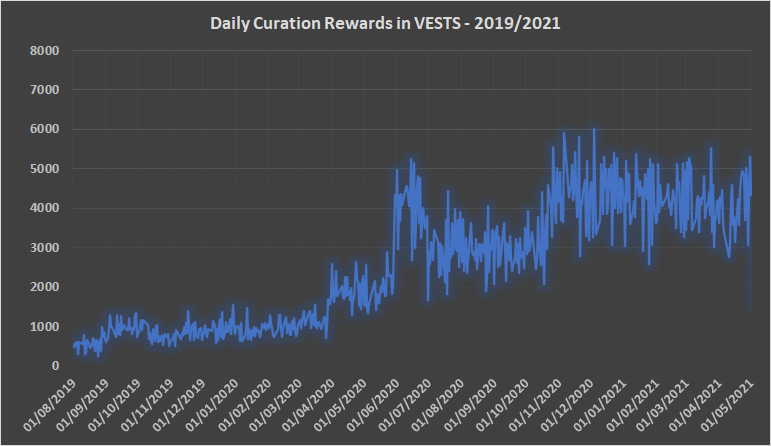