The plan was to do one of these posts quarterly but then all hell broke loose, and I forgot. 370 days later than the first (peakd, hive.blog), a look at how ENGAGE has been distributed on Hive.

The original idea I had in mind, although perhaps never explained fully, was to give smaller accounts the opportunity to reward a comment they liked (on any post) with a small vote, which would promote that comment up the list of replies. Since there were no rules and very little guidance, it has also been somewhat of a social experiment to see if the token would be spread far and wide, and not just dished out to an alt or in a game of swaps.

Also, the token was introduced as a 'vanity' token, holding little to no value, but the value has perhaps come with the small vote trail (HP and tribe tokens) that has been following along for a while now.

With distribution at 750,000 of 1 million, at some point this year there will be no more ENGAGE tokens to issue but that gives me a little time to think of a reason why people would want to hold them - at least 1001 anyway. Anyway, to the numbers/charts, which cover dates 20th March 2020 to today.

Since Hive began in March 2020, @misterengagement has made 20336 comments and has replied to comments in 492 different categories. Here are the most popular categories: 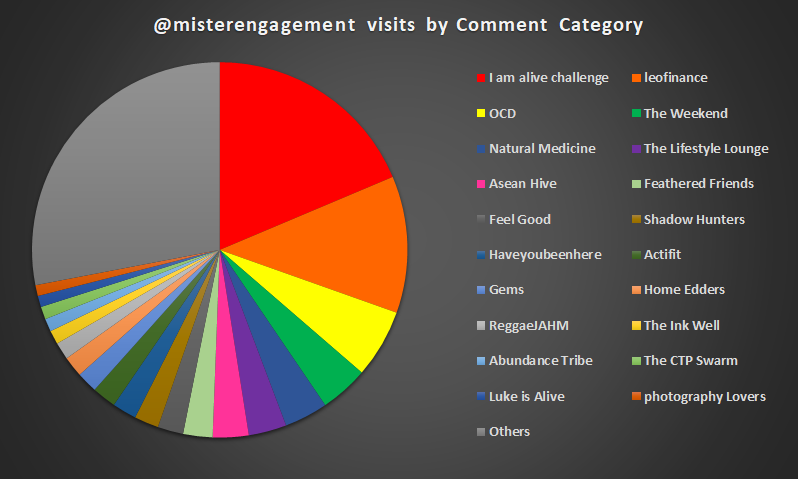 I am quite surprised to see 'I am alive challenge' at the top, but happy with the mix between tribes ( leofinance, natural medicine, actifit, gems(?) ) and communities created which do not have a token associated. My bracketed list could be incorrect but I don't think there are more than 5/6 tribes in the first 20. The top 20 are all either tribes or communities (I just made the list more readable as they all started 'hive-'), no room in the top 20 for the tag 'hive' - good!

The next chart shows the number of votes issued each week by @misterengagement, starting from mid-may when the bot was brought back to live on Hive by @holger80. 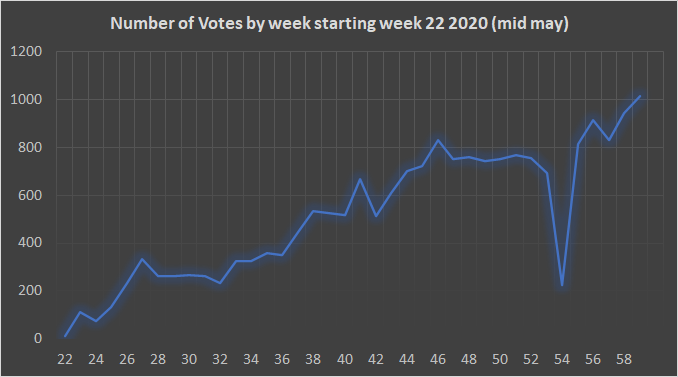 Not really sure what happened at the beginning of January (maybe offline bot or hangovers) but the general trend is up, up, up.

The chart below shows how many tokens the top 20 issuers have sent out. There has been no limit to how many tokens an account can issue each day, as long as @misterengagement is holding ENGAGE (Sometimes I forget to reload before the account runs out). 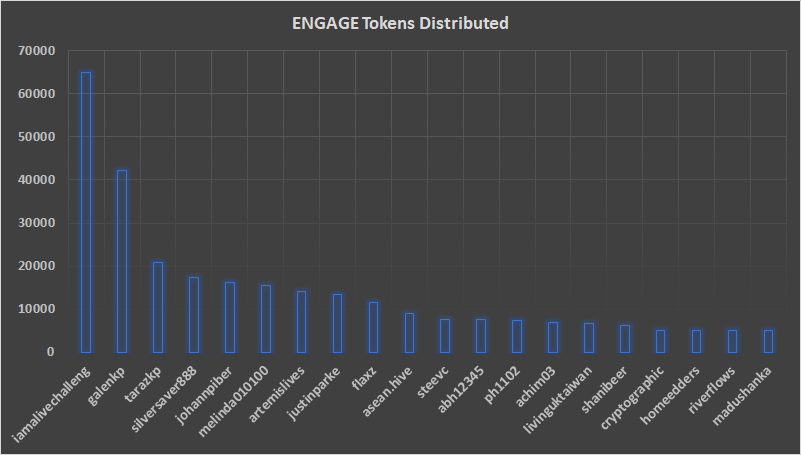 The next chart shows the top 20 receivers of ENGAGE. 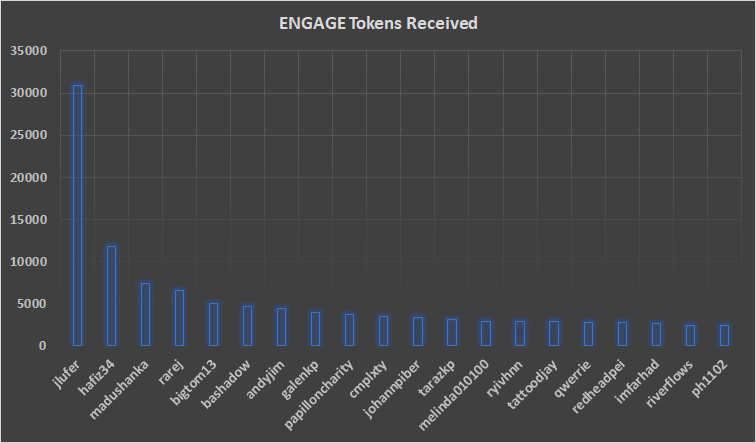 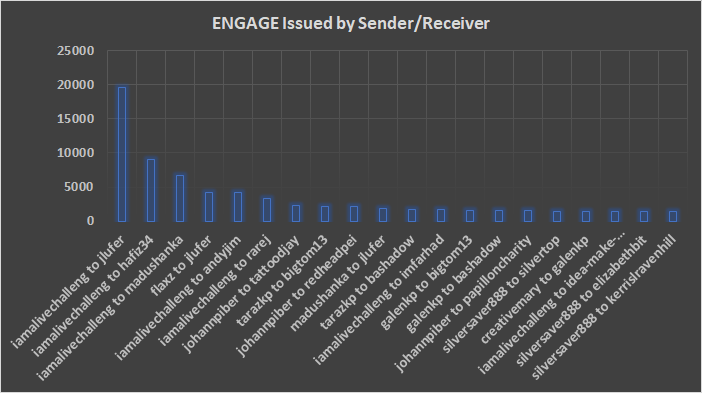 And finally, the most prestigious chart to be on. Top 20 accounts who issued ENGAGE to the most unique accounts. 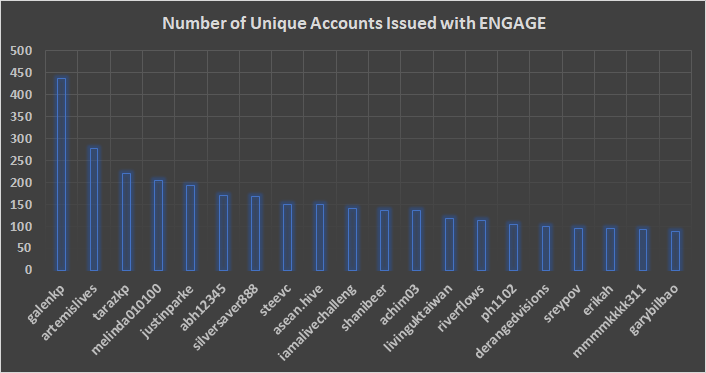 ENGAGE probably hasn't encouraged engagement much at all, but it would have been interesting to see the account loaded up with millions of HP and a bunch of Tribe tokens, allowing only the top 5 in the final chart to issue each day.