CBDCs - The Taste of Rat Poison

Money, power and women. These are three major factors that have driven humanity forward, pushed it into wars and drag society into poverty or extreme ownership throughout history. While the exerting of power, and women, have evolved a lot in the past few decades, money hasn't done much in this regard. It's still pretty damn dated...

We have credit cards, online payments, wire transfers and so on and so forth, but the issuers of such exchange currencies are still the crooked central banks ruled by the richest "cold blooded families" in the world. When will this all stop?

I am still amazed at what pace this concept has evolved and don't know how many of you realize it, but roughly 90 central banks – including the European Central Banks and the Federal Reserve – are either experimenting with, or are in varying stages of CBDC implementation.

What are CBDCs intended to fix?

Well... It's actually cash. The type of currency that we've been using for decades and decades, which I was pointing about in the introduction as being an instrument that hasn't evolved almost at all in such a long time, but now we have world leaders working on "a fix". 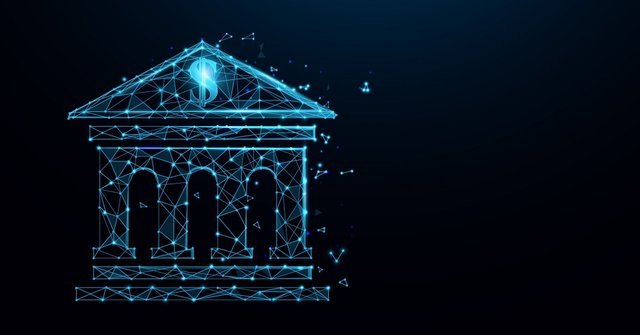 “There is a huge difference [between CBDC and cash]. For example, with cash we don’t know who’s using a 100 dollar bill today. We don’t know who’s using a 1,000 peso bill today. A key difference with the CBDC is the central bank will have absolute control under rules and regulations that will determine the use of that expression of central bank liability, and we will have the technology to enforce that.”

You see, they want to know what's in your pocket, how it got there, get their share of taxes(as much as they vote to) with or without your will, program that money and your spending(cough, social credits and carbon emissions plans) and track the hell out of you.

At first it will probably be the digital dollar taking the form of a CBDC, but sooner than later the whole planet will adopt such a system and that's when Orwell's books will start making so much sense.

Luckily we have Putin... I know that this sounds so macabre, but at least for now, this man is aimed at loosing the dollars grip on the world and that might affect the strength of a future CBDC(digital dollar) as well. It is supposed that as of April's 1st, and that's no joke, "unfriendly countries" shall start paying for Russian gas and oil in rubles.

We're not doomed yet and we owe this one to Bitcoin, which is probably the best thing that had happened to humanity in centuries. The only problem with Bitcoin is that its usability is almost insignificant, compared with cash, on a large scale. Luckily, all sort of influencers, politicians and even rappers are dwelling more into this marvelous piece of tech.

The war is not over, and trust me there is a war far more atrocious than the one in Ukraine going on right now and this one is probably going to affect the whole world. It's on us to fight and not kneel in front of these cold blooded leaders. So, start using crypto more than trading it, or endlessly staking it, that's what I would do as a mass adoption measure for blockchain.

Usability kicks them in the ass in the most painful way. Taking the power of issuing money from the hands of the governments would be our biggest victory in human kind history. Crypto barters shouldn't be laughed at...

Also, why do you think the IMF is that fierce on El Salvador? They fear they're loosing the grip on our throats.

Luckily we have Putin... I know that this sounds so macabre, but at least for now, this man is aimed at loosing the dollars grip on the world and that might affect the strength of a future CBDC(digital dollar) as well. It is supposed that as of April's 1st, and that's no joke, "unfriendly countries" shall start paying for Russian gas and oil in rubles.

Not true at all. People think the dollar's power comes from oil, it doesnt. After all, China started the Petroyuan 4 or 5 years ago, how did that go?

The USD's power is much deeper and widespread than most realize. It has little to do with oil. That is symptom level.

It's potency is related to usability imo and as long as we rely on it it will be strong, but once economic powers will shift from it, the situation will change.

They don't want to lose control but I think crypto just lets people print their own money. I don't like the idea of a CBDC because the government is in full control of how you spend your money.