News on the Bitcoin ban in September 2017 came like a dragon's fire flames upon investors, more than three years have passed since then, and as far as I can remember at that time BTC flash crashed 6% in hours and it actually touched $2950 per Bitcoin, just to continue its bull market uptrend and score a $20,000 price per coin by December the same year. The rest is history. The communist government was mainly aiming at ICOs at that time and was conducting an anti money laundering campaign that even got Binance to move overseas.

Despite the crackdown of the Chinese government upon cryptocurrencies, somehow crypto investors and traders managed to dribble the system and the Chinese are still involved in crypto. Moreover "China leads the BTC mining sector with 65.08%, with the U.S. and Russia in second and third place respectively at 7.24% and 6.90%" according to cryptopotato, while between September 2019 and April 2020 hash rate rose 78.33%.

Now it seems that China is once again battling against cryptocurrency and Bitcoin, and it's hitting hard in BTC miners. More precisely PBOC, aka People's Bank of China, is freezing miners accounts which leads to the impossibility for those in paying their electricity bills. About three quarters of them are affected about this situation, the Chinese government's excuse for such a anti crypto mining slaughter being their ongoing assault on money laundering in the Chinese telecoms and crypto industry. 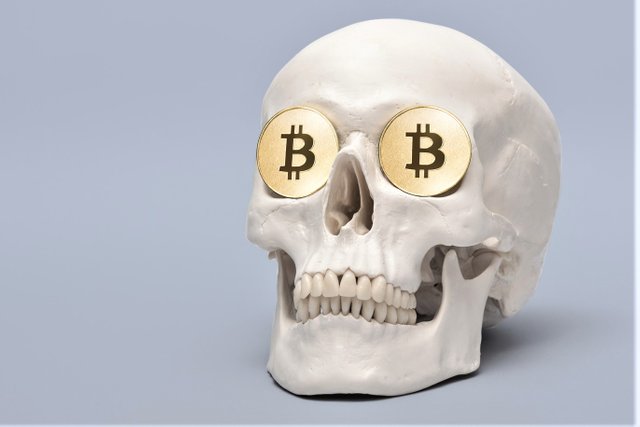 Why is China doing that?

Because Bitcoin can and will at some point represent an alternative currency in their communist country and the country's leaders don't want that to happen. It's clear, as per Bloomberg's report from September 2020 that China is already in works for its future CBDC and Bitcoin would pose as a threat for such a communist digital currency.

It's not the first time Bitcoin is dying and probably not the last one either, as history has proved it over time, but if history is to repeat itself, then this current impediment that the Chinese government is throwing at Chinese Bitcoin miners by freezing their bank accounts might turn as a bullish catalyst for BTC's price growth, similar to what happened in September 2017. My take is also that, the more governments are trying to hold citizens from getting into crypto, the more they'll fail and BTC will exponentially grow in price as well as in mass adoption.

If Binance decided to move out of China in 2017, why won't the currently affected miners do the same thing? There are more crypto friendly countries outside China where they're mining earned dollars, or whatever other currency, is accepted and welcomed for the state's budget. Don't be fooled China, you're not gonna kill Bitcoin. From another perspective we can say, that if some of them will simply give up on mining, somehow BTC will truly become a decentralized cryptocurrency where the majority of the mining pool is no longer located in China. All bad can sometimes turn into good.

BTC hasn't reacted at all price wise lately, as it did in 2017, and it's comfortable sitting on its $16,595.28 leather chair watching the show. The whole crypto market actually saw a bit of a boost today and it somehow seemed that this time LTC lead the rally, getting close to once again enter the top 5 cryptos by total marketcap. It has not long ago broken it's multi year downtrend triangle and once it's done that, considering that we're in a bull market, the sky's the limit. Have a look at ETHs price performance once's done that and draw your own conclusions.

Curios to hear your opinions though on Chinese miner's current situation regarding their bank accounts getting frozen and how do you think this situation will affect the whole market?