If there's anything one should do during this bear market is definitely not pay attention to the media, crypto media included. These guys have no interest in educating the majority in anyhow. They're paid by the elites to serve the elites, their plans, and their goals, and to fuel the narrative that they are serving the media.

BTC is once again under $20,000 and according to the crypto fear and greed index we're once again in the extreme fear territory. I'm not amazed by the data, cuz every time BTC dumps, the masses panic and get fearful, it's not that they will ever learn the lesson and start buying when coins are cheap and devalued and sell once we hit extreme euphoria levels.

The masses are dumb, I know that cuz I've been part of the masses for a while, I now consider myself to no longer be in that circle. We, here on Leofinance are of a different breed and it's something many are overlooking on Hive, but that's a topic for a different post.

Do you know what my biggest regret was back in 2021?

It was about not buying more coins during the 2018-2020 crash with the cash reserves I held. Back in the 2018-2020 bear market, it felt like nothing would ever go up... Quite a few of us were expecting BTC to fall as low as $1,000 and many alts(especially DOGE ;)) were expected to never recover. 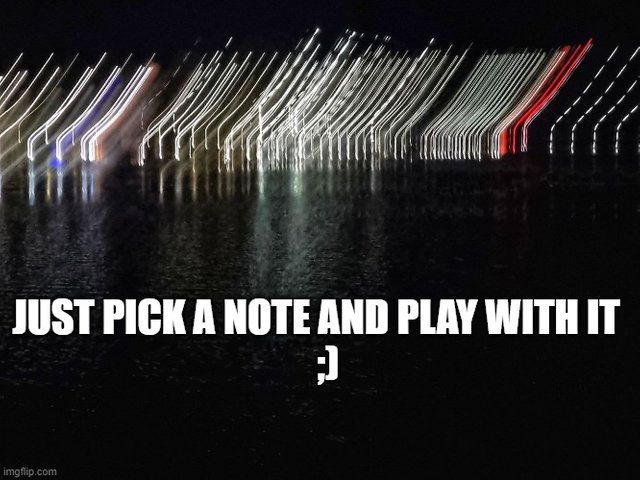 That didn't happen. It was an indicator of a bottoming process that only a few paid attention to it and one that I happily remember is @empoderat and his motivating story of turning $10,000 worth of cryptos bought in that period into about $1,000,000 worth of crypto and cash just two years later.

I do regret not cashing out more in 2021 cuz I would have more funds to deploy now, but that doesn't change anything about my financial situation. What can have a positive impact on that, though, is building myself a portfolio now that we are seeing a lot of discounts in crypto instead of waiting until we enter a bull market.

The bags should be ready by then. What if $17,500 is not the floor and we haven't bottomed yet? Well, that means we will fulfill some of the prophecies for Bitcoin hitting $10,000 this year. I don't know if it will happen, but if it does, I'm ready. I already bought some coins for the next bull market, but I'm eager for more discounts.

A 70% correction for BTC after marking a double top in 2021 seems fair enough to me... Not to mention that most of the alts are somewhere between 80% to 90% down from their 2021 peaks. Past patterns can repeat sometimes, but they don't have to do that all the time.

Yes, BTC will imo reach $500k at some point, we don't know whether it will be after the next halving or two halvings from now, and when it happens it won't matter whether you bought at $20k, $30k, or $12k. That's just numbers...

I plan on getting all in crypto by the end of 2023. As a matter of fact, I would do that this year, but something in me tells me we have to have a flash crash in the next few months and I want to profit from that. If it happens I'm really gonna be putting all my savings into crypto. I'm taking that risk. What can happen?

I'm in crypto for five years now and it seems that with every year I mostly regret not having more crypto instead of not having more cash. Our native currency has devalued a lot in the past half a year or so and I bet there are many others around the world who fall in the same situation.

Crypto is devalued against the dollar as well, but I doubt any currency will regain purchasing power at the pace and magnitude crypto will boom against the dollar in the next couple of years. That's what makes me think more and more about exiting the fiat system. Having staked coins that generate yield, earning HIVE and HE tokens through my daily blogging, and holding onto digital currencies looks more appealing to me than holding a bunch of banknotes as savings.

Even when the bull market will return I don't plan on converting the USDT/C or BUSD, I will have after dumping my bags, into my native currency... It's because I will at some point have to once again go with that pile of cash to the bank and have it deposited into my account, so I can buy crypto once again when the bear market hits us in the next cycle. The digital world seems safer and more private.

I don't know about you, but I learned two important lessons in the past four years: buy as much as possible when there's blood on the streets and hold enough to make it insanely profitable(preferably about six months after the halving). Degenerates are born during bear markets and get salted all the way into bull seasons. Buy Bitcoin when no one else does, just because they don't teach that to anyone in the school ;).

And that's it, not really that much difficult! (easily said than one).

Looking forward to see you succeed in the next bull Adrian :)

We're in this together ;)

I'll accept a mortgage on the property to buy 10K BTC

I could have definitely be like @empoderat but gambling and leverage are my lunch away.
Actually just keeping my HIVE after the Steem HardFork and just continuously blogging would have gotten me north of $250k. In the end, does it really matter? I don’t really know…

...but gambling and leverage are my lunch away

I never made a single buck with leverage. In fact the few times that I touched it I lost a few hundreds.

Gambling? Many people would say that I gamble to make a living, truth is that most of my moves are VERY measured.

Specially if you're starting out. It's a shortcut to a rug pull.