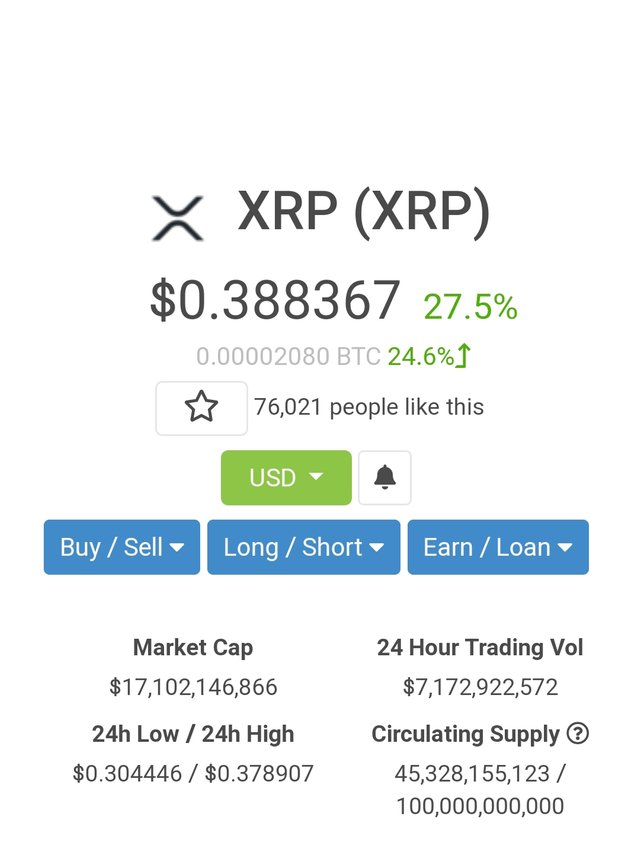 Every new bull cycle seems to be another time when crypto invested folks try and guess which coins will perform the best, what fundamentals matter more and where should they put their money on. I'd say that random picking versus neat picking won't make much of a difference for this bull market.

My take is that the crypto market, and probably others as well, are lead by two major factors and these are fear and greed. In the case of crypto, as highlighted many times in my blog, I do consider the halving as the major catalyst for bull markets.

Taking a look at charts and how cryptos are performing we could say that fundamentals are just cheap talk in influencing the prices. Have a look at XRP now... and tell me what fundamentals does this centralized shitcoin with a fanatic community up its tail has?

Feather weight fundamentals, as the title says. It basically does shit. There are news once in a while about Ripple and some sort of partnerships but as a real world use case, XRP is basically worthless. Some say it doesn't even have a blockchain...

However, it is performing price wise quite well and there's a major reason for that. The money flow channel that @rektcapital on twitter is talking about. 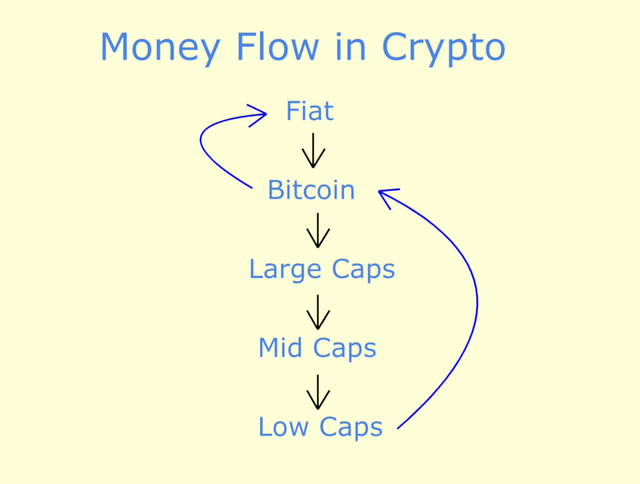 You'd probably figured out from @rektcapital's quite simple draw from above how it works and it's easy to understand why XRP is pumping along with big boy BTC. Because it's a big boy as well, a large cap, and most of the leftovers from BTC get to these big boys first. What does XRP better than HIVE?

NOTHING, just better positioned on the charts. By no means am I trying to trash crypto projects that deliver stuff and have strong fundamentals but imo this bull market will see a lot of shitcoins performing well along with the well constructed ones. Don't throw your shitcoins to the bin yet. Their time will come. I rely a lot on emotions for the mad times of this bull market and believe that everything will pump hard at some point.

The only difference between this bull market and the previous one, that I see, is the fact that this time around we have financial institutions that seem to got first and play the smart money role. Other than that I don't see any differences. Enjoy the ride and give the post a thumbs up, or a thumbs down if you consider it trash. Both highly welcomed.