"I'd Rather Buy a Pair of Motorcycle Boots"

If you have a look at my twitter account, you will notice that I have @leofinance tagged on my bio, done that long time before @edicted did ;), but I've also called myself there as "the dot connector". I don't know how pro am I at doing it, but I love connecting dots.

I guess I should have been a detective or something. What has all of this to do with crypto? Well, if you study its psychology, the one of the participants of this market and the ones surrounding it, as this is highly relevant as well, you'll probably time it better than looking at charts all day.

I was having small chats about crypto, last night with a bunch of friends, only two of us actually being in crypto, while the rest somehow in the position of reading news about it and commenting without having ever executed not even one blockchain transaction.

It's funny, though, how during bearish times, even the ones out of the realm of the crypto world know what's going to happen and see no use for it. One guy was basically saying last night that he'd rather buy himself a pair of motorcycle boots than to buy crypto. 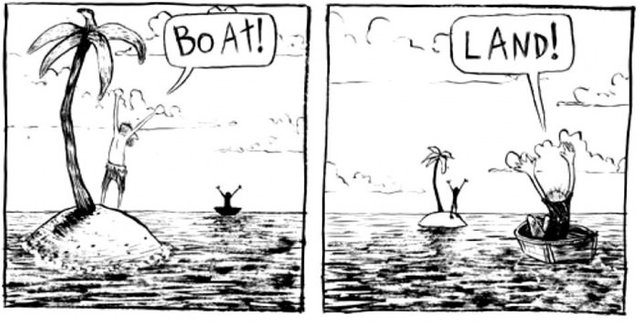 I laughed at him and I laughed hard. This individual is not even capable of discriminating between an asset, a liability and commodities. How the fuck can you look at a pair of boots as an investment without earning any revenue "on the back of these boots"?

That's when I realized that the people of this country have a severe lack of financial education. Most of us can't even see pass the money making through work narrative and the only types of investments they can think of is either gold or some other palpable shit.

The world is getting unpalpable... and it's doing that before our eyes. We have social media friends that we haven't meet in real life, zoom conferences, love affairs in front of a webcam, we conduct a hell of our mundane activities through internet, but some of us are still suspicious about crypto.

It is the future, that's what I'm telling everyone I talk to about it. It's not necessarily the future as a payment currency, but the future of the vast of the worlds economies are going to be blockchain based. South Korea is planning on creating 40,000 metaverse experts in five years... Why would they do that?

Because it is the future. It's true that I have made way less money than I was expecting to make from crypto, but it is still my moon ticket. This technology is so disruptive it should be taught in schools. But still, this man is rather buying a pair of boots than Bitcoin. Just another sign we could be bottoming out before... super cycle continues.

A pair of boots instead of crypto, well we can't really blame him but blame the system and ourselves for not trying to go out of our comfort zone sometimes to seek more knowledge.

The system has zero effort in helping people know how important financial education is, instead it's rigged to keep you in the Rat race forever, "get a degree and get employed then save up for what you need or get a loan to live comfortably then keep bouncing from one debt to another.

I would have also though buying a pair of boots would be better than getting into crypto too if I was in his shoes, but trying to seek knowledge first is where the real gem is, people like to judge what they don't know instead of trying to learn more and find out what it's all about.

We are all learning everyday here and that's priceless. Dip or no dip ☺️

He is an employee of the state after all...

this is why we just gotta keep our heads down and work. then when you achieve financial independence mail him a crate of boots! 😂

A lot of people lack financial knowledge and that is the problem, a lot of people in my country think crypto is a pyramid scheme so you can imagine.

That happens probably in every country

You would think with the way the world is evolving, people would want to research and learn more.

Many of them don't know what's crypto currency and what they can gain on crypto currency, that's while they fail to understand the power of buying the dip now.

They will learn at some point

Financial education is severely lacking but I don't see the government coming in to fix it. Why? Obviously because people not understanding it and spending money is better for the economy given the low velocity of money. Even the dollar can't really be printed so they would rather have people rack up debt to generate money.

Well, let him have them, the boots manufacturer is depending on this guy, not on you.

Fully agree with you that most people lack financial education, but all are experts on all thematics, and this is all over the world like this.