Let's ban rap music, it's so violent, it makes everyone violent, the kids kill each other, they're cop haters, I don't understand rap music...

These were the lyrics of one Tupac song I used to listen to back in the days when rap was my go-to music. The message was pretty clear, the MSM and the establishment have to always have someone to blame... for anything. They never look in the yard that actually needs to clean.

There weren't any social media when Tupac was rapping, I guess he was probably still alive right now if there was some sort of social media at that time cuz this way he could have settled some of his conflicts with other rappers without violence. Social media started as a promising alternative to MSM(mainstream media) and a way of connecting people online.

Social media communities have been formed since the early times of this so-called cyberspace, but soon this one too became the tool of the establishment. It didn't take long until we had all sorts of policies that would get one account banned or censored for almost any platform if in any way that account would trespass the well-nailed safety guidelines. 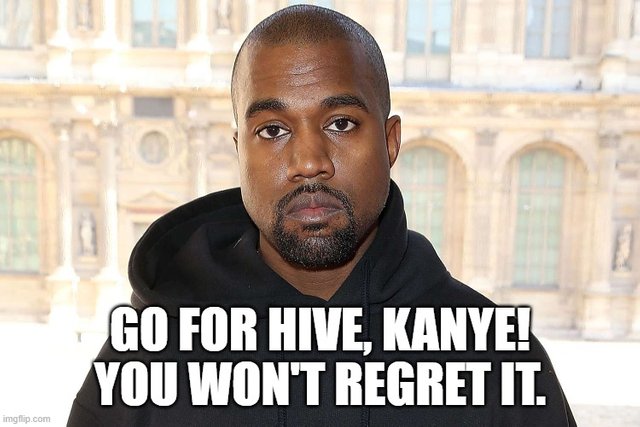 A few good weeks ago Elon Musk bought twitter and while some were skeptical about his impact on the way things would change at Twitter after he "sank in", others were grateful for getting unbanned by this guy or hopeful that Twitter will once again become a social media platform where freedom of speech would become a given.

A few days ago, Elon, who portrays himself as a lord devil on his Twitter account profile picture, reinstated Kanye West's account, just to "ban it back" a few hours ago. Why? Because some pic Kanye posted which showed the David star(symbol of the Jews) with a swastika sign inside. Elon considered that instigation to violence.

I don't consider it an instigation to violence and even if that was the case what was the problem? Isn't the US instigating violence through all its wars and support to other conflicts? "Let's ban the US...

However, I can clearly see now that Elon is not as wild and free as we consider him to be. He's kind of playing a role here. The masses are kind of fed up with the constrictive powers the MSM(Facebook, Twitter included) have amassed for the past few years and they(the MSM and the elites) needed a show to distract the masses from that "awakening".

Here you have it, Elon playing the devil lored with freedom of speech on Twitter. That's not WEB 3, Elon...

The obvious reality, as long-time users know, is that Twitter has failed in trust & safety for a very long time and has interfered in elections.

I don't see any of that with Twitter right now. Twitter will never be like Hive and Hive will never do what Twitter is capable of. You can literally post anything here and you don't get banned or censored for doing it. You simply can't. The rewards from your posting can be taken away if your views disagree with other users who have the power at hand to downvote you, but you still got your account.

Freedom of speech can not be threatened on Hive. An important aspect that @theycallmedan and @taskmaster4450 have been underlying quite heavily on Twitter lately that many Hive users are overlooking. Hive is "good money", open space, and a WEB3 platform whilst Twitter is just an illusion and part of the MSM machinery. Prove me wrong!

Yeah
Tupac got it all right.
Let all rappers come to hive.
Post all what you have, sing what you gat on hive and you will be rewarded

I wish Kanye was seeing this.

Whether you like Ye or not, he should be more involved in the cryptocurrency space.

He is into Bitcoin but not that much into the crypto space as a whole.

I guess that Star of David thing was the ancient symbol for Raelians. I’m not too sure on the background for that but I read it in one of the chats I’m in. Since this is certainly not well known that’s how it was interpreted but he was just showing the ancient symbol. I don’t think he did himself a favor by not clarifying it but who knows what he’s doing.

The man is a bit weird.