New Types of Paid Content Creation Are Emerging, But How Sustainable Are They...

The era of monetized content creation is just getting started, although Youtube has turned quite a few such persons around the world into millionaires while others are making a living as youtubers. Entertainment, blogging, podcasting and vlogging are gradually becoming sources of income for entrepreneurs/freelancers all around the world, as the digitization of the world is in full swing.

I am a blockchain content creator for more than three years, I have thousands of blog posts that are engraved in this blockchain for as long as it will be kept alive and have managed, thanks to the bull market price appreciation of the tokens I earn to become a full time content creator.

Paid content creators have existed and are reachable outside this blockchain as well and I just read a few minutes ago that "Clubhouse, a one-year-old social audio app reportedly valued at $1 billion, will now allow users to send money to their favorite creators — or speakers — on the platform." Their rewards revenue model has basically nothing to do with what Hive is offering for example and I don't see it sustainable at all.

How will it work?

“100% of the payment will go to the creator. The person sending the money will also be charged a small card processing fee, which will go directly to our payment processing partner, Stripe. Clubhouse will take nothing.”
-CEO Patrick Collison 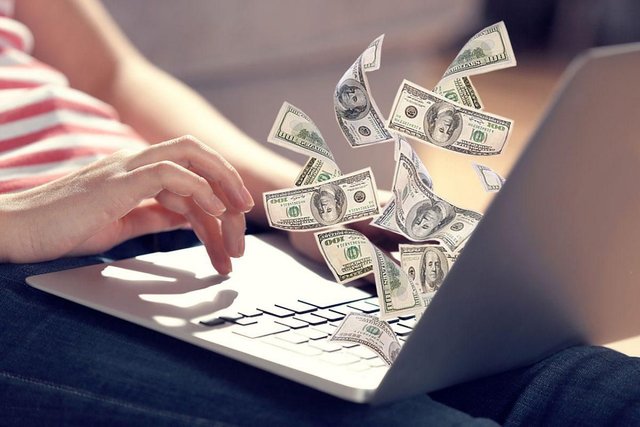 The way I see it their rewarding system is pretty much similar to noise.cash and it's not a sustainable one. I believe that, because when this feature will be launched there will probably be users who will pay a dollar or two out of their own pocket to support some of their favorite authors, but for how long? As long as the hype lasts some content creators on Clubhouse will make good money, but that will fade away.

The economy of such a way of incentivizing content creation is flawed as it relies entirely upon consumers of such content "to provide" for their favorite authors. On Hive and other similar projects, although there aren't too many, the abundance pool is almost endless, or at least it will take loong loong time until it dries up, metaphorically speaking.

The only way that I see for Hive to lose its value and the token's weight in the wallets of most of the content creators around here is for this blockchain to loose thousands of users per day and end up just like a deserted playfield, which I doubt will happen anytime soon. We're just one year old and there's a roadmap full of projects and incentives to keep users and investors active.

Clubhouse will probably won't lose much of its users in the next three to five years, but what guarantee will its content creators have that their revenues will at least settle to any constant levels. They're revenues come from content consumers, not from a shared rewards pool or advertising, and out of hype and exuberance some consumers will probably pay from their own pocket to support content creators, but not for too long.

It's human psychology. Sooner than later even the content creators will probably ditch it, if they for example hear about @3speak or anything similar. Hive is overlooked and undervalued as a blockchain and that won't last for too long. This thing is gradually becoming a self sustainable economy where both investors, creators and consumers are incentivized to stay active. You can't lose with Hive. Period.

Other mainstream projects are trying to get in line with Hive, although many of them aren't probably even aware of such projects, but they fail on creating themselves a sustainable economy. It all comes down to revenues at the end of the day and when you have a full swing trend of NFTs and all sort of future ways of monetization and tokenization you definitely need sustainability for your projects economy. Hive has that. Even Steem has it. Hive will be talked on the news sooner than later, I'm 100% sure of that.