I was a fool. When I first heard of a super cycle for Bitcoin from a crypto person from my home town I thought it's rubbish. So far we've had two major bull markets and actually none of them was similar with the other. I was highly attached to the idea of history repeating itself and dismissed the concept of a super cycle.

I might have been wrong and below I'll share my thoughts on why I think I was wrong. I am not the only one being wrong about Bitcoin though, same as all sort of boomers talking shit about it and calling for banning mining on the premise that such activities are affecting the environment and so on.

Banks and boomers are like travel agencies. We still have a travel agency in my home town and so many times I wondered who's actually using it. Who's checking in to book a plain ticket or a vacation through that travel agency... Anybody having an internet connection can do that by himself. We will no longer need locations for many mundane activities and that's what Bitcoin/crypto is: locationless.

That's one of the reasons why I think this Bitcoin bull market will be way different. We can no longer sort to speak locate Bitcoin in the sense that there's only a bunch of exchanges where you can trade it, same with mining and total users. It's almost everywhere and it hasn't even invaded us properly. 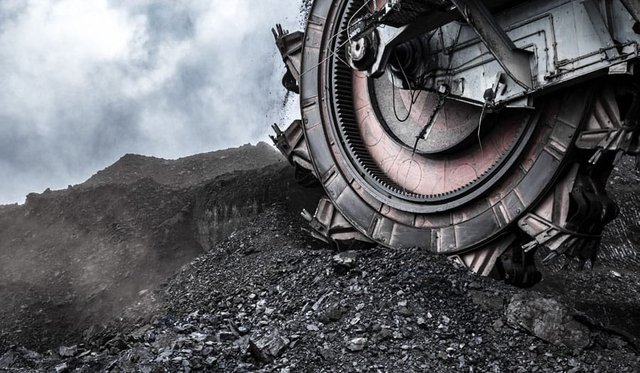 There's an interesting tweet from Pompliano saying that individuals, billionaires, banks, corporations and governments are adopting Bitcoin. Not all of them are doing that, but we already have a trend. One that wasn't here back in 2013 or 2017. The recognition and acceptance of Bitcoin as an asset, currency, store of value etc, etc is taken to another level.

Who would have ever imagined back in 2017 or 2013 that some country will ever build a geothermal power facility to mine Bitcoin? Talking El Salvador here... The country is not a giant economic power, but it has created a stepping stone and that's another metric that makes me think we're in the middle of a super cycle and not your average Bitcoin bull market.

Events similar to this one somehow prolong the bullish sentiment among investors and when we will have a series of such there won't be much reasons to sell, even when BTC will hit $100,000. What's the point of selling it once you realize its impact? You might not catch it back at $30,000-$40,000 to make the trade worth.

It's not like everyone likes/loves Bitcoin as the FUD keeps pouring no matter what, but the market doesn't even seem to react anymore as it previously did. The progress is clear and the ones barking at it are definitely paid/sponsored by bankers that are against crypto. The exact forces that want to control us are hating it and that's why we should love it.

One last, but not least argument for a super cycle, is the audience Bitcoin has. I just watched a short clip of a presentation of Antonopolous about Bitcoin and neutrality back when one BTC was on sale at $100 and the audience was almost non existent. We're on a way higher level right now. The level of mass adoption through education on crypto that we currently have compared with 7-8 years ago is unbelievable.

As awareness arises same thing will happen with the appetite for crypto from all sort of investors and for most of them the price won't matter that much anymore. They'll just want to be involved. To have a piece of this pie, although this revolutionary technology redefines the sense of ownership and wealth that we've been accustomed with so far. We have way different metrics this time and a way different bull market.

I'd say that the dotcom bubble of crypto has popped in 2017 and we're now onto something more sustainable. We're living the times when the new amazons, googles and apples are being built up. Hence I don't consider that we should compare this bull market anymore with any that we've had so far.