I had a post about two years ago I guess about crypto seen from the gamblers' perspective and when I look at how some of my closest ones and even some of the renowned traders as well are playing the game and when analyzing their approach it is clear that in some cases crypto is indeed treated as a gamble.

As far as I know, in our Leofinance crypto community @onealfa is probably "the most salted" when it comes to Bitcoin. He "discovered it" in 2013, if I remember correctly, and developed rather quickly the proper attitude towards Bitcoin and he's an example of "how to do crypto".

Probably quite a few newbies would call him lucky, but I highly disagree on this one. None that has found about Bitcoin in its early stages, or invested in Ethereum when it was valued at just a few bucks after getting the mechanics of it can be called lucky.

Luck is something that happens to you in a blind way. You don't participate in being lucky at all, it just strikes you, but being in crypto for close to one decade and getting early into good projects is not anything luck related. 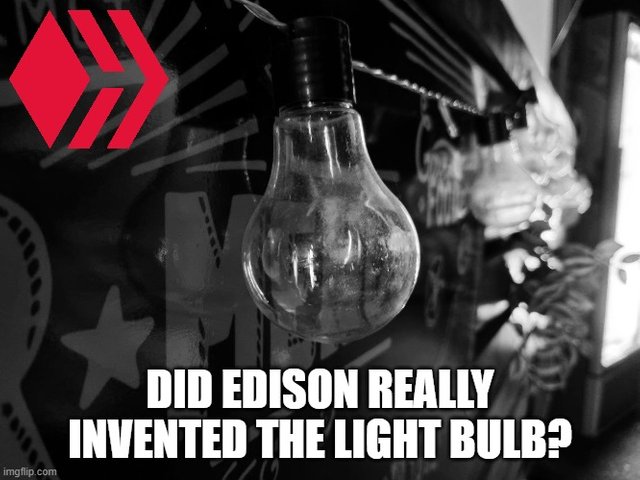 There has to be a quest there that's ultimately fueled by continuous research and conviction. The OGs of the crypto space don't give a fuck about Bitcoin's price or whether it will hold $20,000 or not in the near future. These individuals have understood the mechanics of such technology and what it can fix in this flawed society we currently live in.

You definitely need the luck to hit the trending page of Hive after just a couple of days since you've created your fresh new account and that can be easily achievable if @haejin and a few other whales spot you and pour some upvotes on your content...

But, such luck will probably dim away after a few days, weeks, and months. That's when the grind actually kicks in. I'm over four years in here and believe me I'm not lucky at all... All my reputation and the "tons of rewards" I collected from my posts over the years are the results of the daily hustle I got into.

You can't call me lucky. You can't call @onealfa lucky for finding Bitcoin back in 2013, the man was certainly into such a quest, thus he managed "to get the stars aligned" for such a valuable discovery. You can't call @taskmaster4450 lucky of earning tons of rewards on a daily basis because there's a lot of time, energy, research, and dedication invested in those posts.

Justin Sun probably called himself lucky when he bought Steemit and considered that he actually bought a whole working blockchain and the community with a few million dollars.

I'm not waiting for luck to strike me. I honestly don't even believe in such a thing, not even in real life. Crypto is about hustle, risk management, investment, dedication, research, and engagement. You have to be there, it's not like with a lottery ticket where you just have to pick some numbers and wait for the lottery to pick these.

Fortune favors the brave. Fortune favored @edicted when he bought HIVE @ $0.10 when the fish in the pond panicked. Most of the plebs right now, myself included(I'm not an OG for sure) are still waiting for discounts in crypto. It might be a never-ending wait, you know. Luck, greed, fear, and envy don't work in crypto. I'm 100% convinced of that.

So, next time someone tells you your lucky to have found Bitcoin ten years ago or for scoring nice juicy rewards on your blog constantly, tell him/her to fuck off. It's not about luck at all...

You definitely need the luck to hit the trending page of Hive after just a couple of days since you've created your fresh new account and that can be easily achievable if... a few other whales spot you and pour some upvotes on your content.

It's all about trying to put yourself in front of those with stake, while showing them that you're adding value to the platform.

I've previously talked about how to come up with a daily commenting strategy on Hive to try and do this without annoying whales with tags in every post.

I would disagree a bit. In crypto, like in everywhere else, it's better to be lucky than to be good. Even some big companies today exist because of pure luck.

But, at the end of the day, such occasions are rare. For the most people, it is better to rely on hard work and patience than to rely on fortunate hand at the blackjack table.

I was never lucky... I earned everything in this lifetime.

In fact, it was 2012
But I did so many many wrong steps with BTC.
You don't want to hear, how many I lost of them in all my stupid moves

ETH was a bit different story
Got some ETH on it's very first day of presale, back in 2014. With -30% extra discount. ( you find that presale price by yourself 😀)

And you know what I did next?
I Did not touched em (even one single of them) for 5.5 years.
This was probably the smartest thing done in my whole life
(the word "hodl" was yet completely unknown back in those days...)

The only wrong thing I did then - not buying more. I could aford many (and I mean - many many) more on that gloriuos August 2014 day....