There's this #proofofbrain tag that was shilled by @trumpman and is getting quite used on Hive, and I remember at some point having a post dedicated to the activity of creating content on this blockchain and getting rewarded for it as a sort of proof of brain. Mining machines use proof of work as well for getting crypto rewards, and we humans around here are using proof of work in earning rewards.

The topic is highly subjective as the amount of rewards a content creator and his posts earn depends on many and quite diverse factors, but the idea is that to some extent one's ability of getting rewarded depends on how much brain power that user invests in activities related to Hive. What if one will no longer need to put too much effort as a blogger with the help of AI?

"GPT-3, or Generative Pre-trained Transformer 3, is a piece of AI from the OpenAI group that takes text from the user, and writes a lot more for them." What about that? You just need to provide this software an idea of what you would like to write about and it's creating a whole post for you, from title to headlines, body and closing of the post.

Artificial Intelligence is gradually taking upon many roles that humans once needed to take care of by themselves, from setting up a smartphone camera to shoot the best photographs of a particular subject to creating NFTS. There have been talks about robots gradually taking the jobs of us humans for quite a while and some are welcoming such an idea while others are fearful about it. 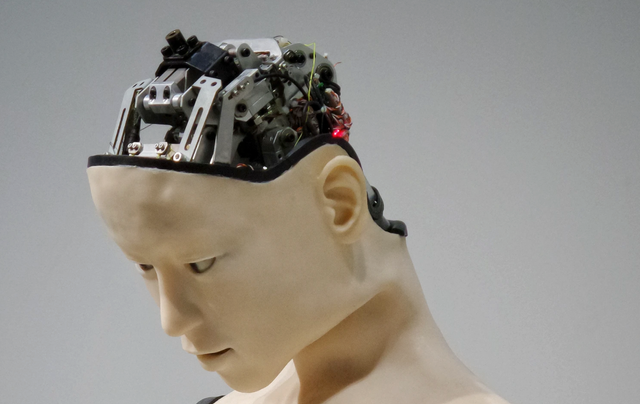 I'd say that the ones being fearful don't have an in-depth understanding of technology and how this can be put to work for them and earn them a living while providing more free time to their user. Another topic I covered in a previous post where I was making the analogy between money and time and how money is actually buying us time. But, is it ethical though to have AI writing your posts on Hive? Hard to say...

Would I do it if I had the chance?... I don't know, but based on my current life principles, attachment towards my activity around here and how much I appreciate organic growth of my account and the human interaction, I'd say I wouldn't be too inclined to use such technology. However, if one can earn LEO for example, or CUB and convert it to LEO by farming on CUB Finance, then why would AI content creation be unethical...

The farmed LEO would be as artificial as the one earned through AI generated content. I was never a proponent of automation en masse and was even a big hater of bit bots because I consider human interaction and activity as a confirmation of our human nature. If one would be able to farm LEO, create content with the help of an AI and set up some auto votes on a bunch of his favorite content creators to put his VP to use he'd definitely guarantee himself decent revenues, but what's the point of still being part of a social media platform then...

Humanity is heading however towards an era where automation will spin most of the wheels of this society and I'd say that such type of evolution at this point is inevitable. Take the mining processes as an example, you don't have to be around those machines too much and they're still working flawlessly. Soon we will have autonomous vehicles, robocops and whatever you can imagine as being autonomous, AI powered and playing the role of servants of humanity.

Bottom line and the closing question is: how ethical such activity seems to you and would you use AI to create content on this blockchain and getting rewarded for that?