There's Nothing Wrong With Bitcoin at $57,000, But There's Plenty Going The Wrong Direction In The World Right Now

When I see all these pussy crypto heads whining about BTC correcting and calling for a bear market, I'm thinking of the Turks tbh. How's the middle class, or even worse the lower class working man living in Turkey, feeling right now...

I bet not so good, seeing that his national currency is almost in free fall against the USD. Why does that happen? I really have no clue, have not dig into the matter, but wouldn't be surprised if there's American influence over there.

I've been thinking lately about personal finances, achieving goals and how much of theses goals are really necessary to achieve for me. I've come to the conclusion that I probably don't need that shinny car I'm dreaming about. I'd love to, but don't actually need it.

There's some sort of "crypto mental illness" right now of wanting more, that I spotted at a few individuals in crypto, a sense that translates to never having enough and forgetting about where we started from. Bitcoin is battling the ground of $57,000 and confusion is a small word to use right now in describing the general hysteria among crypto people. 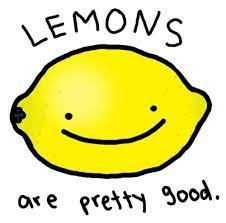 What some are actually overlooking is the fact that we were to this level one month ago, we have seen BTC at $57k back in spring as well, and it's still almost 3X the ATH of 2017. So, what's wrong with BTC at $57k?

I tell you what's wrong: NOTHING. If there is something wrong in the world right now, that's definitely not Bitcoin, but these bozos that have shilled us tons of charts predicting this and that, supposedly happening in "Moonvember" or December are now suffering that Bitcoin doesn't match their "imaginary paved road". Good luck trying harder next time!

Bitcoin is no longer what it used to be back in 2017, the whole crypto industry is on another level, but somehow some "enlightened heads" are suffering of "the BTC at $57k mental illness". There's nothing wrong with that($57,000 BTC), as long as you can realize Bitcoin is not supposed to follow anyone's roadmap.

I bet that some of them have already scored some 10x on their alts, but still unhappy. Why? Because they want more... They want millions sitting in a damn wallet while they play video games in a shady dark basement not enjoying real life under the sun. They'll soon regret that...

I haven't scored a 10x on any of my coins, except HIVE, but you know what, I'm fine with that. I'm even spending more than I should lately because I know how poverty feels and if I have to get back there, at least I had a year or two when I was affording some stuff and experiences I liked.

There's nothing wrong with BTC at $57k. There is something wrong with the Turkish Lira though and with what's currently happening in the world right now, mostly related to the pandemic, but I see no Bitcoin guru complaining about that. Wasn't Bitcoin supposed to act as a hedge against inflation and the establishment and provide us with financial freedom? Here's your chance with it...