We Are So Ahead of The Curve. Elon Musk Once Again "Envisions Hive"...

I like Elon Musk, I really do, because the man is a visionary and he's made quite a few dreams come true for some of us.

He gave us Teslas... made a bunch of people Dogecoin millionaires, and I'm happy for them, and thanks to his "soup of satellites" @jongolson is enjoying some decent internet connection in a quite remote area where he currently lives.

Elon Musk is been quite an advocate for freedom of speech lately, especially after the "buying twitter saga" and he quite often talked about somehow decentralizing Twitter, if that is even an option, and rebuilding the freedom of speech foundation that Twitter/social media once had. 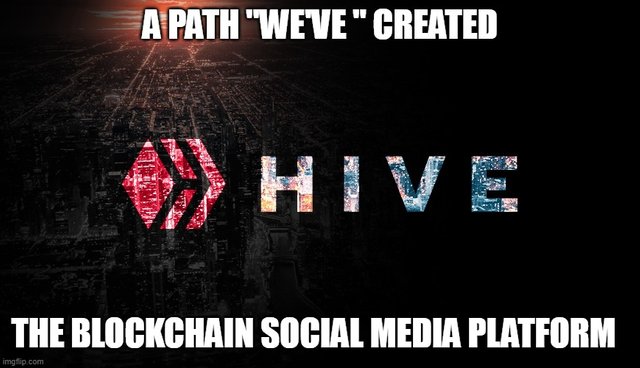 In a recent interview he was discussing with a bunch of young folks about media and subscriptions to media. I find it hard to believe that in the era of speed internet and instant access to information anyone still pays for reading news, but it seems the case is still valid.

The proposal of Elon Musk, in order to revive this type of content and the access to it, was that instead of paying a monthly fee for having full-time access to all the articles one outlet is releasing on a regular basis, one could simply pay for just that one manifesting interest for.

He had to mention DOGE for this manner, cuz he's the Dogelord ;). Well, we already have tons of content creators on Hive and there's a lot of good stuff being put out through this blockchain and the rewards that we have for content creation are pretty similar to what Elon Musk is envisioning for traditional media outlets.

You don't have to actually pay for reading content on Hive, but when you like an article you can upvote it and that guy who spent time and effort to create it will be rewarded in HIVE and HBD tokens, thus motivating content creators to further create.

You see, Hive is so way ahead of the curve and it is still so underrated. HIVE, the main layer token, is currently valued at $0.39 and is ranked 193 on the coingecko chart. It's hard to believe that a project with so much value and use case has a $144 million total market capitalization while Shibainu, which is worthless IMO is worth $6 billion.

All we need is Elon just once tweeting about Hive and we will probably instantly get into the top 100 cryptos by market cap. Or some really really good marketing. Hope never dies... I guess. However, with or without Elon's shilling, Hive is a constantly running machine.

Elon can make it happen and so can we.

We have already done it.

I think awareness is the problem, maybe we need to corner one big influencer to hit 'overnight success'. Shiba Inu millionaires will be forever thanking Elon Musk 😂😂

I agree with you.

Elon has proven time and time again the impact social media influencers can also have on influencing cryto prices whether directly or indirectly. I think hive just needs the proper awareness and boom it'll skyrocket

Some day there will be a massive revaluation from speculative tokens into actually useful tokens. Now is the time to prepare your portfolio for it.

It is true that Elon Musk is a phenomenon and someone innovator in many ways, as it is also true that he joins the debate on decentralized and free social networks (which reward their users for their activity) somewhat late; because Hive is the perfect example of networks of this type.

As I see it, it would be really curious (and very desirable too), if Elon Musk mentions Hive in some Tweet in the future (as you said), because of course it would have a positive impact in every way for this platform, currency, project and cryptography.

And the positive, in my opinion, would not be only from the point of view of the capitalization market that Hive would have from that moment on (which would undoubtedly rise exponentially); but also, from the point of view that the platform would be more and more known and we would have many new authors or users every day join on and starting to write its publications and interacting in Hive.

Nevertheless, I am sure that it is only a matter of time before celebrities and personalities (such as famous singers, actors, politicians and many others), discover Hive and join to this platform without hesitation. I'm also confident that once that happens, Hive's rise in every way will be meteoric and exponential.

And I know that this is not dreaming much, because if the actors and singers have already joined the world of NFTs, and also, if everyone already uses greatest and famous social networks (despite their limits and restrictions); How can they not be interested in a decentralized network and a project so free as unique, original, dynamic and profitable as our beloved Hive platform is?

Well, your article is very interesting. Thanks for sharing

The upcoming HIVE documentary FREECHAIN will put us on another level not even Elon Musk will ignore us.

I so wish Hive would take off but one problem is that it's very difficult to open a new free account on Hive. They just don't exist. I persuaded a person to join Hive and they couldn't even get past step one of opening an account, so that was dead in the water. Someone said use LEO to open a new account. Does it automatically simultaneously create a Hive account too? I don't know. Maybe you can suggest something.

Add to that the collapse in my personal payouts, not in dollar terms but in actual Hive and basic readership or upvotes. It looks like many people are leaving or that the past good votes I received just a few months ago are gone and I get a tenth of that I used to. It is disheartening after 4 years of writing to be back at rock bottom payouts despite daily posts.

The idea of Hive is brilliant but execution fails to inspire me any more.

Like you said, there are so many other business models for monetising content than your classic subscription model.

The sustainability of Hive proves this every day.