We Have a Whole Different Pedigree and We Don't Mix It With "Noise". Hive Will Become a "Self Sustainable Smart City" Once We'll Have Project Blank 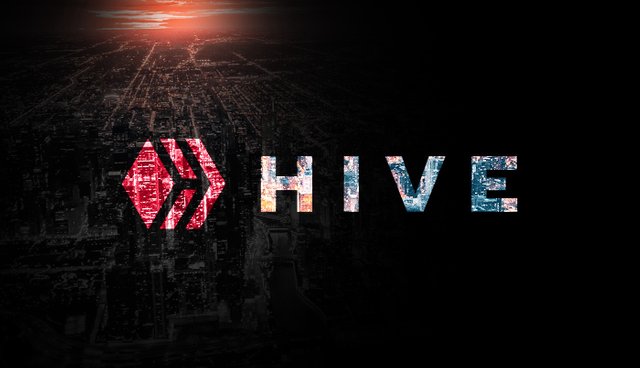 No it's actually not, I haven't come to be such a great shitposter, hence I will need to pour a few lines down here to make myself clear why noise.cash is a joke. I do have experience with this sort of a microblogging platform and I say I'm more than entitled to call it a crap. I will even share this post over there so I can get censored 😁.

I have seen lately quite a few hivers discussing the announcement of noise.cash according to which the centralized social media platform will censor shilling and mentions of other similar platforms inside their so called community. From what I know Leofinance, Hive and Peakd were a few of the names that are not a pleasant presence for the ones at the wheel of noise.cash.

I get them, because no one would like to see other products being advertised on his own product's platform... although many of us have blogged about their shit, about Torum and Publish0x on Hive and nobody said anything about that. We're a bit more mature around here and we have a whole different pedigree.

Lets make things clear. Noise.cash is a centralized social media platform that was created to advertise BCH, paying its users in BCH with the hope that at some point these will buy into BCH and even create an army out of them. To some extent the creators of this less than basic social media platform have succeeded.

Thanks to their strategies, all sort of spammers and milkers around the world have heard of shitcoin cash and probably some have even bought into it. Quite a few have become fanatics for this token and its chain, as I have witnessed when I was still using it. Little do they know though that shitcoin cash is a crap of a blockchain.

Right before I stopped using this app I tried to withdraw 0.12 BCH that I held in an Exodus wallet, all of it representing rewards collected from my activity over there, but what do you know... I couldn't do that.

The reasoning, according to @onealfa who has even recommended me a solution to be able to withdraw the small portion of BCH I have on Exodus, was that all the pile of shitcoin cash was created through thousands of small transfers and the blockchain was having difficulties in allowing me to transfer them as a whole.

I might have expressed myself a bit cloggy in here, but I think you got the point. What I want to ask you now is: when did any of you guys have encountered any such problem with Hive? I'll tell you when: NEVER. Hence I don't even bother with noise.cash since this situation occurred. Not even for the sake of shilling.

Noise.cash won't even have a sustainable future because its approach towards rewards is flawed. Same as with Publish0x although the second one is a bit better polished. The one/s that created noise.cash are taking honey to reward their users from a pot that's susceptible to become empty pretty soon. No blockchain will ever pour endless funds in such a marketing campaign.

At some point users of this app will have to simply buy BCH to be able to tip other users, which I doubt will happen on a large scale, and before you know it they end up to pretty much the same model as Hive, or at east trying to replicate it. You have to make something sustainable to see it grow and survive over the years dear noisers...

If Hive would have been a crap, lich BCH is, it wouldn't have such a community, so many content creators which are probably some of the best in the online environment and a whole economy that has been created on this blockchain. Alternatives to what we have here will come and go , but not many will establish themselves against us.

Project blank, that will be delivered by Khal SOON, is what will make this blockchain complete. Hive will become a self sustainable smart city once we'll have Project Blank. You have everything you'll ever want from the crypto space in here. Everything. Or at least we'll have everything once the microblogging app will go live...

Can you feel my confidence?

So why even bother about noise,cash threatening to censor Hive and Leofinance related content. What would you expect from a centralized social media platform? That's what they do. Same as Facebook, twitter, youtube and reddit. It's their pedigree. We have a different one and we don't mix it with anything lower than what we have. Have a great weekend folks and enjoy your beautiful experience on Hive.