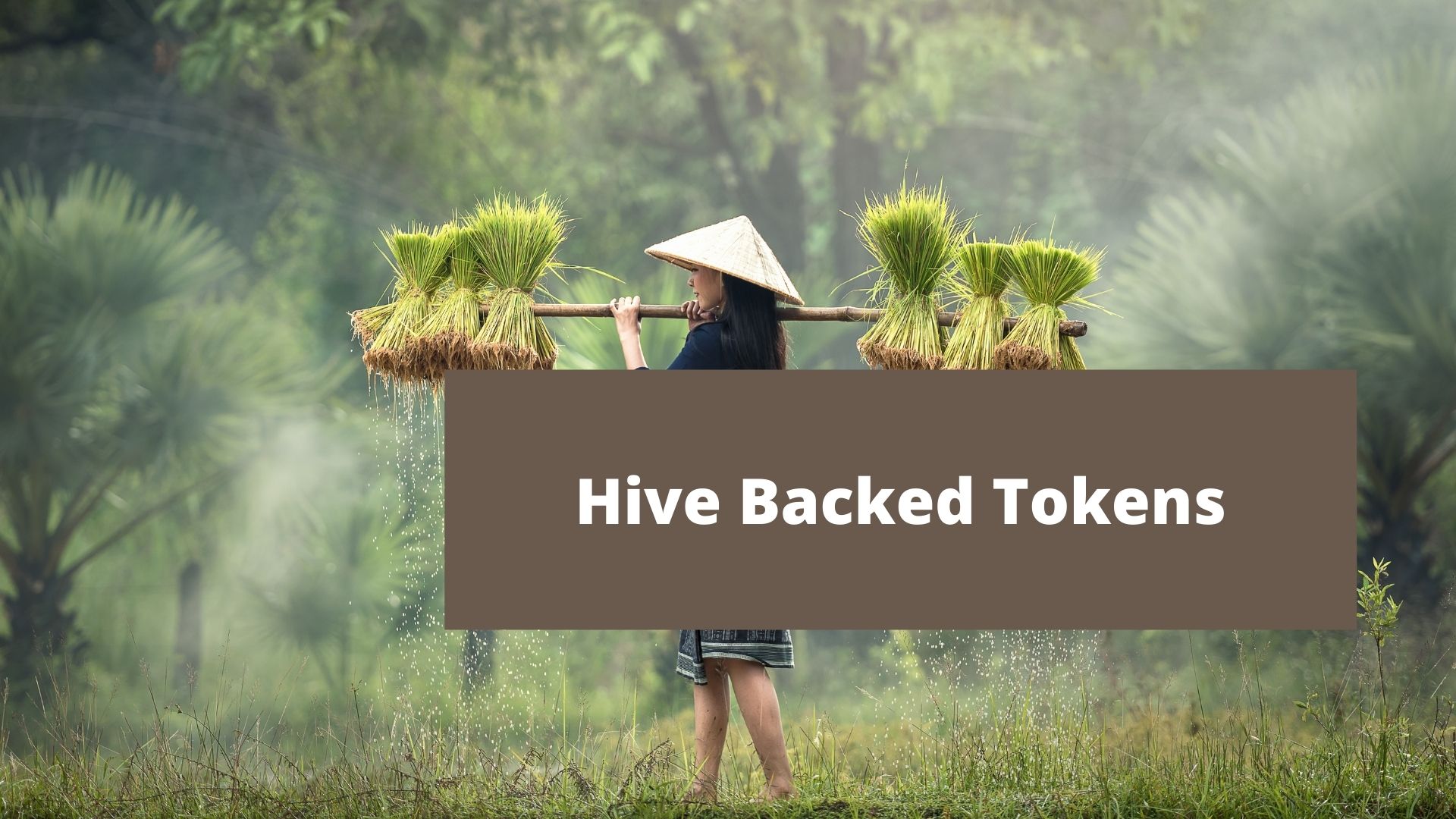 There is a lot of talk about HBD, Hive backed Dollar, nowadays. It's an algorithmic stablecoin that is actually pretty old and working quite well. Few people know however that there are also Hive backed tokens on Hive-Engine. Since I run two projects that can be considered as such, I would like to present them and explain why they could represent and interesting asset for the future.

Most of the tokens that are created on Hive-Engine come without collateral. This means that they are issued and the only value that they have is the one given by the market. We have seen that it's not that easy to build a sustainable economy behind them. Unfortunately, we often witness a price decay over time. We see that the supply of such tokens grows too much in respect to the demand. Undeniably token prices go south.

Almost 1.5 years ago, I had the idea to back a token with Hive Power. My idea was that such a token could keep it's value simply because of the fact that the hive power behind it was pretty stable and actually growing. That was the birth of the CTPSB token.

In the CTP community we had the problem that there was no real whale and that the community couldn't really take off because of that. We were all small fishes and it was a very slow progress. I had this idea and shared it with @blainjoines and @jongolson. We decided to give it a go and this project has been a success ever since.

The idea behind CTPSB is simple, we build a powerful hive account and tokenize it. People from the community could buy CTPSB tokens for 1 Hive and in return they would get 1 CTPSB token. All the hive was then powered up and this hive power would then support the community.

We later introduced a delegation opportunity as well. People who delegate Hive power to @ctpsb would get weekly dividends in CTP tokens. This was financed through the hive-engine tokens that the account would generate. This combination proved to be pretty powerful.

The value of the CTPSB token is calculated every day. The hive power of the account is divided by the number of CTPSB tokens in circulation. The account grows through curation and author rewards and this growth is actually leveraged thanks to the delegations. A market maker is adapting the buy and sell orders almost every day according to the token value.

The CTPSB token grows at a steady pace because the underlying account grows organically thanks to curation and author rewards. Even without selling new CTPSB tokens, the account grows.

The ctp community profits manifold. The CTPSB token is growing faster than a real account would because of the leverage from delegations. The delegators get an interesting return and the authors of the community get powerful upvotes from the account.

There is full transparency for the token because everybody can check the hive power on the account and see the tokens in circulation. Also, since the token is backed with Hive Power, even if the project is liquidated, investors could get their money back as soon as the power down is executed.

My friend Erik (@flaxz) was inspired by CTPSB and created a similar project on the same basis for the alive community. The AWESOME token is backed by the Hive Power on the account and the liquid hive. Basically the principle is the same as for CTPSB but Erik has implemented some improvements and the token is doing pretty well.

The AWESOME token is growing pretty. It is leveraged by a big amount of delegations.

In March 2021, together with Zoltan (@ph1102) we have decided to create another hive backed token: The Liotes Energy Mills. The concept is a bit different from CTPSB.

LENM mine LEN tokens that can be considered as dividends for staking LENM. The part of the income that is used to burn tokens gives value to these dividends.

What is interesting about this project is that it has a long term goal. Since every week the underlying hive power is growing organically, the amount that is leased out grows over time and so is the generated income. In the long run this will allow to give more value to the LEN tokens.

The evolution of the LEN token (the dividend token) is pretty stable over time.

Since its conception, the project has evolved quite a lot and many side projects have been added. There is the possibility to delegate Hive Power to the @liotes.voter account and get daily dividends in LEN tokens. There is a diesel pool that pairs LEN and LENM. The reward pool is financed through the secondary income sources of the project. There is also a curation program @ourpick that picks interesting posts almost every day and finally there is a Liotes ranking that makes the whole project more entertaining.

The projects backed by Hive with great stability

When we look at the price evolution of CTPSB and AWESOME, we see a nice evolution of the value in Hive. Both projects are reinvesting their income and the value evolution is directly mirrored in the price of the tokens. For LENM it's a bit different because it pays daily interests in the form of LEN tokens. This means that the income is paid out daily to the investors.

Let's connect ! You can find me on these platforms: