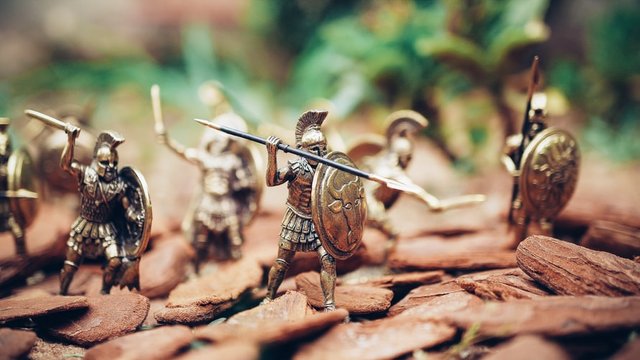 Disclaimer: None of this is financial advice and I’m just sharing my opinion about the subject. If play to earn games are what you’re planning to dive into it’s still best to do your own research.

I know I’ve made a few posts on the subject with snippets of my stand between these two types of play to earn games. There’s plenty to talk about when it comes to this new era of use case for the blockchain beyond the extension of the NFT trend. Whatever type of game you want to sink your money on, be sure to have a clear mindset on whether you want to play it for fun with a side incentive of kickbacks or just trying to gain some profits. Those are two different objectives and it’s greedy to attempt to gain both perks especially when the game can have it’s own economic downturn.

We have a limited pool of cryptogames to choose from out there and the vast majority of gameplay shows these are the games we wouldn’t bother installing on our devices, it’s not unlikely to think that the main selling point of the game was the promise of return on investment that got us to even look at it longer. While this still holds true for today, it may not be what we’ll see tomorrow. Crypto is gradually gaining more attention to the mainstream whether it’s a bull or a bear market there’s still money to be made.

So what happens if gaming industries started entering into the scene and released their own playtoearn games loaded with content you would usually see players whale for without any promise of returns? It’s more realistic to think that in the coming years, we would be seeing games that have a full story campaign, immersive lore, and different ways to entertain the player base.

If you haven’t been in touch with the Japanese mobile gaming industry where Gacha is a thing, a lot of these types of games are pumped out yearly because mobile platforms cost less to develop and the return on investment is fast. A possible limitation we got from bigger players in in the industry from entering is the uncertainty of profit and local regulations. Crypto isn’t without it’s issues with the law and due to the nature of the flow of money so it’s risky business trying to invest the company name and capital. Furthermore, blockchain devs aren’t cheap as far as I can tell. It’s a niche skill.

The distinction I got between telling a game is a passive or active one is based on the amount of time and effort you got to put into it to progress. And the longer you spend time trying to get somewhere the more the game leans on your active participation.

An active or passive game can still incorporate the features found from their opposites. Like letting your digital asset be leased for passive income when you’re not interested in playing and just banking on capital appreciation for those assets. An idle game can incorporate some limited time event where they it would reward players to be more active in a specific time frame and produce results.

My bias is spending more time exploring on idle games because it gives me more time to do other productive things than spend hours playing active games I’m only in for the financial rewards. I get the hype with active games as you can see your accomplishments as soon as rewards start coming in after winning a match. That dopamine rush shouldn’t be underestimated as it fuels the instant gratification people may want.

There are mechanisms in place to prevent the drain of the reward pool like having limitations in the form of “energy” from active games. This is somewhat an illusion as players would have to spend more time to maximize their gains but everyone still has a cap relative to the tiers they are in. While this feature is understandable to prevent more printing of tokens and increase the selling pressure, it just baffles me that some players don’t realize this conditioning.

I don’t have to put up with that from playing dCity though, once I see the pending rewards after I installed some new cards on the game I can reasonably expect to get the maximum returns for those actions. It doesn’t work for grinding games, there’s a quota you have to fulfill to get those perks and these take precious time. It’s good for people that have a lot of time to burn though.

While people who aren’t into the playtoearn model can just dismiss it’s potential, remember that there’s still money to be made and these models became popular because they work. It answers a demand an average person would want, how to make money using the most fun and instantly gratifying way with less work and at the comforts of your leisure.

Just my speculation but it’s not far fetched to think other money making schemes for devs under these models is studying player behavior and selling off the data third party marketers. Nothing new really, it’s been done for quite a while now with the conventional games one installs from Apple and Google playstore lowkey.

If you made it this far reading, thank you for your time.

@adamada! This post has been manually curated by the $PIZZA Token team!

Learn more about $PIZZA Token at hive.pizza. Enjoy a slice of $PIZZA on us!

I'm probably losing out on quite a bit for not farming dcrops.

Plenty of landlords moved into the game and diluted the reward pool, but it's all good, just holding unopened packs makes makes holding CROP power as equally competitive too.

I am more into passive games now. Can't do the full active game lifestyle as there's a lot of stuff to do nowadays. I'd rather complete a course or read some good books lately. I feel so tito na 😂.

So what happens if gaming industries started entering into the scene and released their own playtoearn games loaded with content you would usually see players whale for without any promise of returns? It’s more realistic to think that in the coming years, we would be seeing games that have a full story campaign, immersive lore, and different ways to entertain the player base.

It will be a while until they are forced to share their earnings with players. No need to do it while they own the most of the pie.

I doubt it would even be on the table anytime soon too. I'm guessing the model would be players earning from each others minted nfts and they get a cut providing a platform for visibility and sale. Now that you mentioned the sharing of income between company and players element, that brings another dimension to the games running some legal obstacles like tax laws and how visible it is to audit some money flowing into the game from the blockchain side.

Affiliate style marketing is not what I meant by revenue sharing.

In the spirit of people realising they are Facebook's product rather than Facebook's customers, the winners are not game's customers either. They are competition.

The lack of meaningful game play in popular blockchain games is not random. The playing field is levelled to eliminate this friction. You only introduce playability (and winners) if your other option is watching the customers leave.

Basically, we are all winners on the same day (token pumps) and we are all losers on other days (token dumps). That's the novelty experience. It is definately not a free lunch, though.

Never looked at the field like that and something I'd ponder on later. I think of cryptogames at this stage as a general experimental phase where the costs to develop them are lower and yet the pay off can be greater in some days and not.

I just think there would be a time when blockchain game devs would have to compete with pumping out more content over the competition. It's not too saturated yet. The market element where the game tokens can be traded adds another dimension to the balancing problem as less tokens printed can be upsetting a player base that aims for the money (and there's a lot of these drivers that can bring in some more hype to a game). I'm learning from how Axie tries to handle their balancing act together.

That is not another dimension. This is Layer Zero of gaming - the place where you decide winners and losers.

The monetised layer is optional. You can play bridge all day and have the winners/losers identified without a single penny changing hands. There is a gameplay present.

If this kind of stuff does not happen on the daily basis you can tell the game is a Ponzi scheme which is going to determine the losers one day pretty easily.