How to create a Tribe and what goes into it. A guide for the curious.

Ok, so, making a Tribe on Hive-Engine can be a little convoluted. I'm looking into hiring some developers to make a specific tribe onboarding website to focus on this and make it easier. Until then I'm gonna make this post and walk you through it.

Why would I want to make a Tribe?

Have you seen Leo? 1 dev and a little effort over the last year and they've created a multimillion dollar market cap coin. It's unlikely you're doing that well with your day job.

Why don't I just use Hive?

Hive is great, but if Hive moons unless you're one of the top 100 people on the platform it's likely not life/wife changing money to you. If you're a token holder in a Tribe and the Tribe does well then it's far more likely to have a direct benefit to you.

Does this help or hurt Hive?

I think Tribes are overwhelmingly positive for Hive. It's creating all these mini teams focused on bringing people to Hive. Tribes sit on top of Hive and literally post to the Hive blockchain and get rewarded in Hive and other Tribe tokens. It's just helping to give more incentive to bring people here.

Hive-Engine is a decentralized layer 2 smart contract platform built on top of Hive with an independent P2P/Witness system operating 35 nodes in a network.

What can Hive-Engine do?

Well, it's a smart contract platform. So, it can make tokens and empower them with various off the shelf, no code, smart contracts. I think we make programmable money.

So, What's this have to do with Tribes?

Well, back in the day I got frustrated with the distribution of Steem. I paid a dev to make a clean version of Steem so I could launch my own. The day that it was ready Ned strolled on into Steemspeak Discord and told Fryst that he was going to launch "smart media tokens." These would be tokens that would distribute like Steem could, but that individual users could create, sell, and distribute differently than how Steem got out there.

After waiting a while, a sale, and a chain fork, it was obvious Steemit wasn't going to deliver. So, while talking about Hive-Engine @yabapmatt had the great idea of just building a layer 2 token solution to the problem. So, we hired @holger80 and he built what's affectionately known as Scotbot. It's a tool that can distribute tokens just like Hive distributes them, but it's based on your staked token distribution in addition to rewarding Hive. Now that @eonwarped nailed the witness system for Hive-Engine he's working on Hive-Engine smart contract smart media tokens. No more separate bot and sharing keys. It'll be a smart contract on Hive-Engine.

A Tribe is a website (fork of Condenser) that uses a Hive-Engine token which is distributed by Scotbot to simulate Hive's Proof of Brain Distribution.

Ok, This is a little complicated, but if I make a token, form a tribe, and have some success there's a chance that the few hundred dollars of BEE that I bought can turn into a multi million dollar market cap coin... How do I make one?

Before we get truly started you have to understand there's usually two phases that we have to be concerned with.

Once you have some idea of those kind of things then the next step is to actually go through the steps to make the tokens, turn on the features, get the website functional, and start shilling.

Ok, this process has 7 steps. If you get stuck find me in Discord: https://discord.gg/whqnzqT

The name, symbol, and max circulating supply can't be changed after you make the token.

The decimal precision, how many decimals will appear after your token, can only increase.

The website can be edited later. It'll be there along with a place to put a square image for the tokens page as well as a brief description of what your token is doing.

A note about Securities

Hive-Engine is an American site. It's a company and regulated by US Law. There are carve outs for decentralized exchanges operating in the USA, but securities are not allowed.

What makes something a security is up in the air. You need to talk to an attorney about it. Google the Howey test and start reading up on this stuff. The main question though is are you offering profits of your business to others through this token. If the answer is yes you're still able to list the token on Hive-Engine backend, but it will be removed by the Hive-Engine.com front end. We don't have a license to trade securities. We're slowly working on opt in KYC and accredidation forms so that you can trade privately held securities, but at the moment that's not allowed.

Anyway, make sure you're not offering profits of your business to others as a starting point.

STEP 2. Issue one token to yourself here: https://tribaldex.com/tokens/manage

I know it's a little silly. I should make some edits to the UI, but this is the step for now.

STEP 3. While here: https://tribaldex.com/tokens/manage click the button on the right that says "enable staking"

When you do this it will prompt you to ask how long and in how many events would you like the unstaking to be? Generally people want their posts to be rewarded for 1 week, and it takes 5 days to fully recharge your power. So, if you want 1 week for post rewards and 5 days for recharge it's frequent that people make the unstaking process 1 week. You could technically do 5 days as the shortest amount of time, but I'm recommending weekly here.

Steem/Hive unstake in 91 days over 13 weeks. Some people argue this is too long. I have generally chosen 6-7 weeks in 6 or 7 transactions, but it's up to you. You could do 7 days in 1 transaction if you wanted, but that would be the minimum I would suggest for people (unless your window is shorter than 7 days for post payout).

Enabling the ability for tokens to stake costs 1000 BEE.

While you're still on this website: https://tribaldex.com/tokens/manage you'll now see a new button for enable delegation.

Delegation has a pop up like staking. How long do you want it to take to undelegate. The same restriction is here that there was for unstaking. You want to make sure that the undelegation time is longer or equal to the time it takes to recharge the power of your token. That means the minimum undelegation time is 5 days. I would encourage a week.

You must burn 1000 BEE to enable a token to stake.

If you remember back up the post we use a bot to distribute your token. In the future you may or may not choose to use the bot as we switch to the smart contract version, but this is your only choice for now.

To use the bot you have to give it a variety of permissions. If you let it then it will issue tokens. If you don't want that then you have to make sure there's a steady supply of tokens in a pool on an account it does have access to or it won't be able to distribute.

So, to start when you're logged into the account with the token you have to grant the account @tokendistributor the posting and active authority. That takes two separate clicks and two approvals through Hive Keychain.

This is the hardest part of making a Tribe. There are a lot of settings and a bunch of them are fairly technical. The PAL tribe has been used as a guideline for many so I'll just drop what we did with that token here. 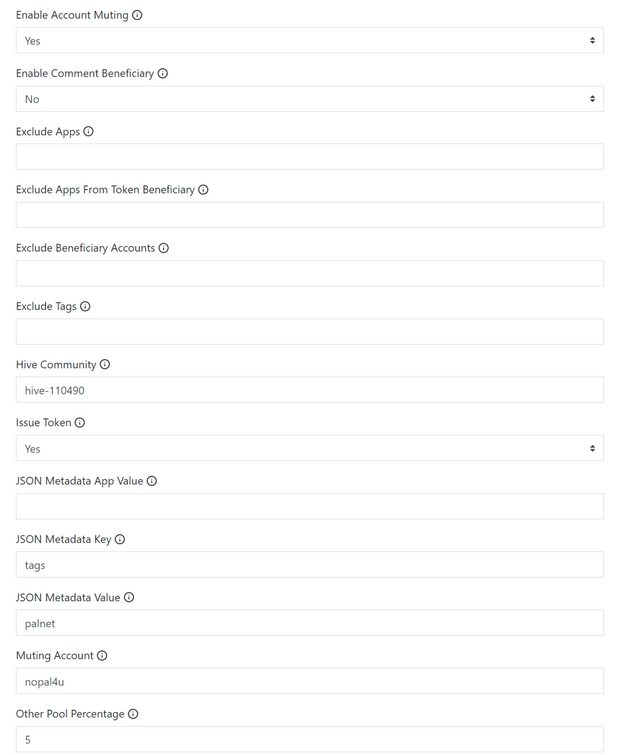 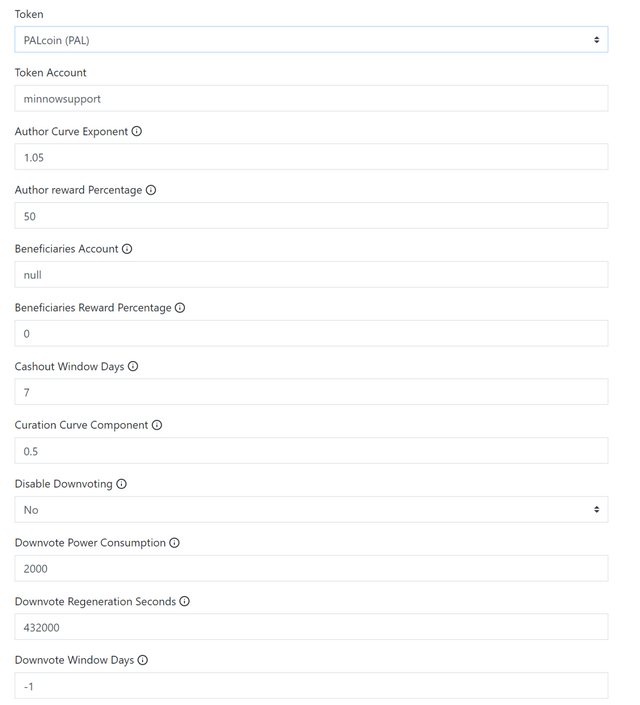 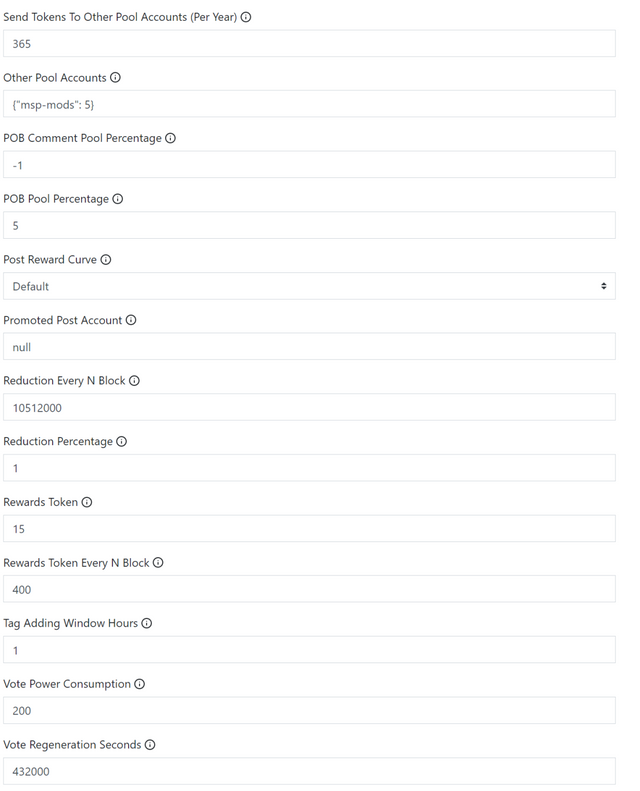 The Tribe itself is actually optional. The forked version of condenser we call Nitrous.
So, if you want your own website then you want "Nitrous." You can do the rewards distribution just through tags. So, technically this is optional. However, most people that go this far go ahead and create their Tribe token.

For Nitrous you'll need a domain name, a rectangular (long and short) logo, and a square logo. We spin up a server and you point your domain to it.

You may want your token to be minable. There's now a couple of ways to do this. If you want it fairly simple and straight forward you setup 1 or two new tokens that have staking and scotbot enabled. Now we can setup a reward pool from your inflation such that owning and staking Token A will provide you with inflation from Token B. You can setup more than 1 miner so that there's an incentive to get early more powerful miners.

You can also do this through NFTs and even gamify the process there.

Message in Discord for pricing

You can create pools that trade your tribe token vs other tokens. In the near future you can setup contracts to reward people that provide liquidity.

If you want custom features we can build them. The price we charge for Dev time is $150/hr.

These are possible, but we're still building front end tools for this. If you'd like help please contact us in Discord.

As discussed there are additional smart contracts that will be made available that Tribe owners can adopt and use for their tokens. The goal is to make the off the shelf options for Tribe owners powerful community building tools.

We'll be starting our Tribe website redesign soon. We want to mix in NFTs, your own dex, and a few other tools in there.

Anyway, if you made it here I'm assuming you're considering making a Tribe. If you have questions come find me in Discord. There's new tribes that are starting to pop up and I think with the additional features it's gonna be exceptionally awesome. Gimme a buzz.

If you like what we're doing support our work