Elon musk reported finalize the purchase of Twitter and the first decision he makes is to fired the current CEO of Twitter ,he completed the $44 billion bills ,and CEO parag where escorted from Twitter headquarter, and also the head of legal affairs who make the decision to ban Trump account was also fired

Does this decision necessary,why fired the head of legal affairs when he is doing is job ,I hope this decision doesn't backfire and also making the decision that all those accounts that was ban will be brought back , tweeting something like finally the bed as been freed

I believe everyone one can't love this man but to me I love some of his decision on why he bought Twitter,he said he doesn't buy Twitter to make more money or to help is family and friends but for freedom of speech,to help humanity at large ,he makes some comments advertising which I will try to post the speech 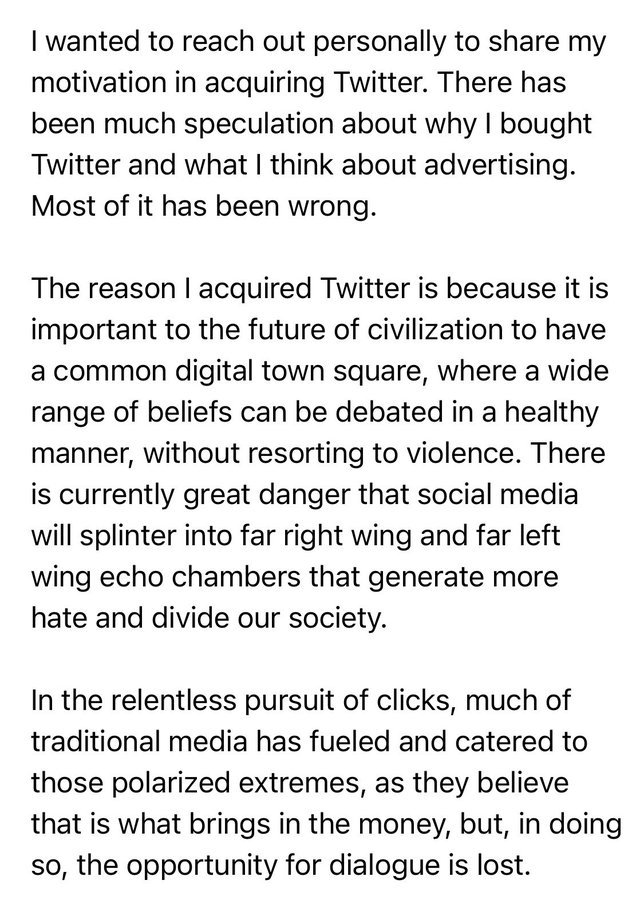 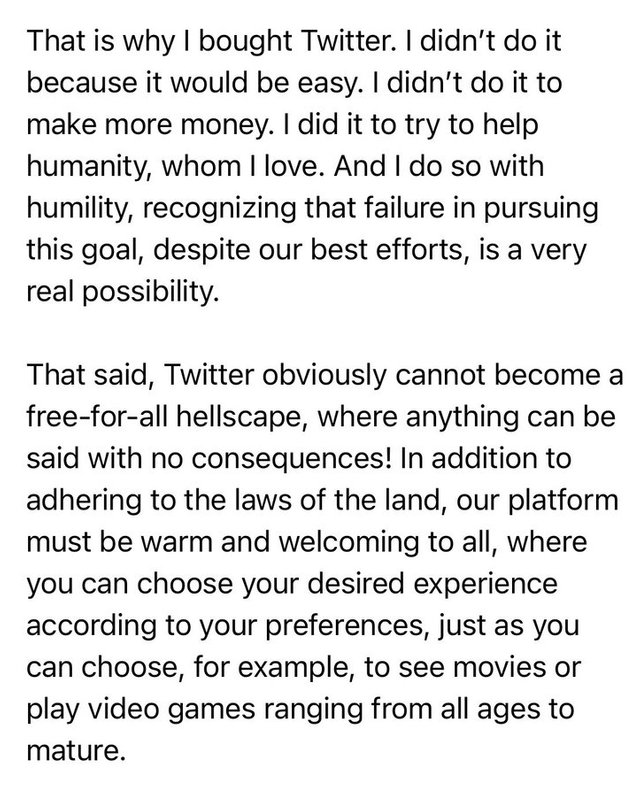 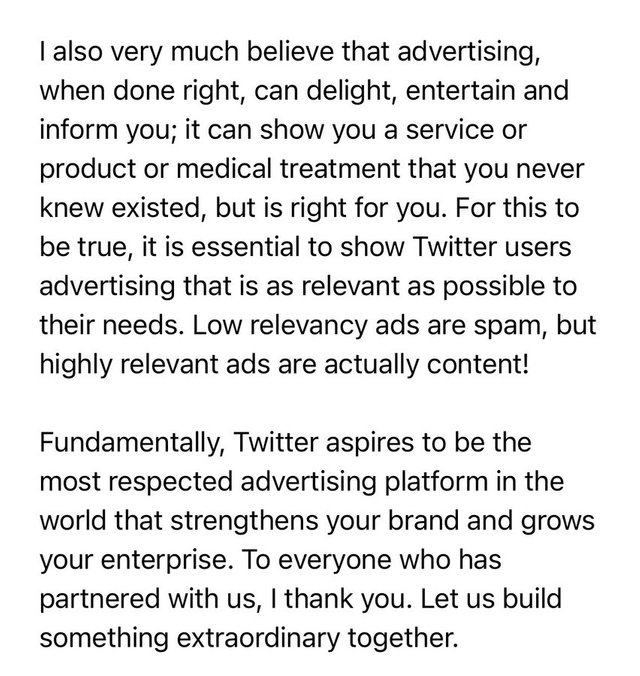 Many things will be change,many rules will be replaced I hope people doesn't retaliate because this is why he acquired Twitter,he Twitter, first know who decides the current thing before making decisions and why they decide the current thing,I believe this are things we need to ask him anytime he makes decision on that platform, trying to change Twitter to decentralized platform is good decision but is it possible let wait and see

Tell me your opinion in the comments section,is this possible or not

Congratulations @ajanaku! You have completed the following achievement on the Hive blockchain and have been rewarded with new badge(s):