Each of us knows that a bank is a financial and credit organization, a usurer legalized by the state, which was created with the aim of making a profit for its owners, with the help of its main "weapon" - loan interest.

And we are accustomed to the fact that there are no interest-free loans, and that commercial banks with their interest-bearing money are an obligatory, and almost the main component of the entire economic system, and not a single society, not a single person can do without it.

Can a bank function as a non-profit organization that works solely for the benefit of each of its participants?

Today I want to tell you about one unusual bank.

The Swedish bank "JAK Medlemsbank" (www.jak.se) is a bank created in the form of a cooperative, that is, all its members are its owners, on the basis of their monetary shares contributed to the general fund. 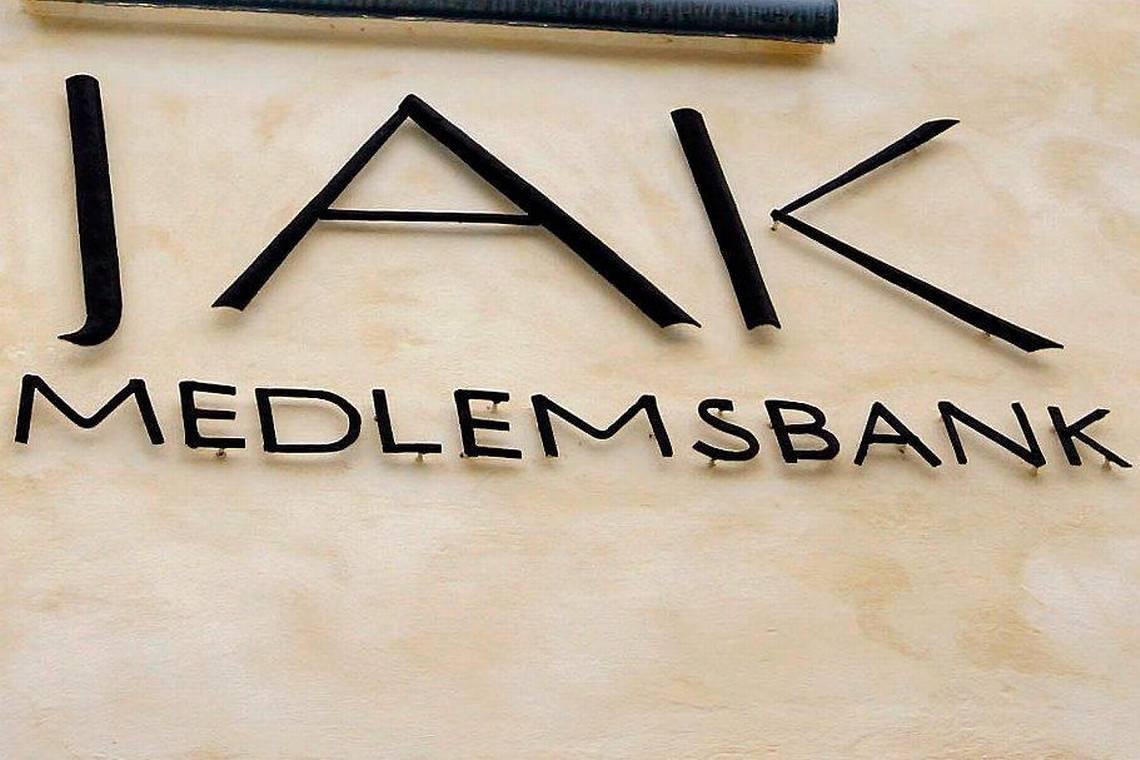 The bank does not set itself the traditional and main goal of every financial institution - making a profit, but only serves the interests of its members, providing them with interest-free loans if necessary.

The main fundamental feature of this bank is the rejection of interest, both on deposits and on loans, because its members are convinced that loan interest is an evil that destabilizes the economy, leads to imbalances in its various spheres and deepens inequality between people, making the rich are even richer and the poor are poorer.

The history of JAK Medlemsbank

In 1931, at the height of the economic depression, the JAK cooperative (from Jord Arbete Kapital, or "Land and Labor Capital") was founded in Denmark. Its founders were inspired by the ideas of the German economist Silvio Gesell, who argued that money should only be used as a tool of exchange (a measure of value and a medium of exchange), and at the same time be "free of interest."

They boldly got down to business, and, united in a cooperative, introduced their own currency. But the state did not like this, and in 1933 it banned their activities. Then the participants organized a savings and loan interest-free cooperative on the basis of mutual exchange. This also did not suit the state, and since 1934 it joined JAK to the Danish financial system on a general basis.

But the ideas and experience of the Danes were not in vain, and in 1965 their neighbors, Sweden, founded Jord Arbete Kapital - a national financial information association, later named JAK Riksförening. It was its own non-profit organization with the same goals - to free people from the burden of interest on debts and to spread information about the negative impact of interest on the economy. His motto is "Together we have a bank!"

In 1970, the association was able to provide the first loan. Over the next two decades, the system evolved, but growth was very slow. Public interest in JAK rose sharply during the financial crisis in the early 1990s, and within a few years the membership of the association increased rapidly. In December 1997, the government approved JAK's application for membership in the bank and granted the so-called bank charter to the association.

The bank works only in Sweden, therefore, deposits are accepted and issued in Swedish kronor, and only to Swedish citizens. All savings of the participants are insured by the guarantees of the Swedish banking system, since in 1999 the Swedish finance department finally issued a banking license to JAK Medlemsbank.

So, where can you get and give money to someone if you don't have it yet? In traditional banking, the source of initial capital is the owners and shareholders. In our case, they are the people themselves, who unite, contribute their free money, and get the opportunity to get it when they need it.

To support the operation of the cooperative, a group of activists from the Riksforening for Ekonomisk Frigorelse ("National Association for Economic Liberation") has developed a mathematically correct system of loans and savings, based on a system of savings and loan "points".

How does it work? By investing in a cooperative, a community member over time earns savings "points", which depend on the amount of the deposit and the time of its storage - the longer the term of the deposit, the more points the depositor gets. When a person has accumulated enough savings "points", they can use them by requesting an interest-free loan from the bank.

So, the JAK system is ideal for attracting permanent members, each of whom is interested both in fulfilling their personal obligations and in the overall success of the bank. Therefore, it is not for nothing that Jak Bank is called the safest bank in Sweden.

Also, JAK members see their interest-free savings as a vehicle for local economic reforms. Instead of using the savings points they earn, they use them to support the local economy - providing an interest-free loan for a local business or initiative of social, environmental or cultural significance.

Not striving for active development, the bank uses only recommendations of its members on the basis of personal communication to expand its activities, therefore the bank is growing slowly and today has just over 26,000 members throughout Sweden.

Recognition of the benefits of interest-free banking, along with JAK's robust governance structure, has inspired people outside Sweden to create constituencies to raise awareness and create the conditions for local versions of the bank. This work is actively carried out in Denmark, Norway, Ireland, Germany and Italy.

So, we see that people united by the same values, 50 years ago, created their own system of distribution of funds, independent of traditional ideas. A system serving their interests, where the main result is not absolute financial profit, but real value and benefit - improving the well-being, increasing the level and quality of life of each participant.

Sharing personal funds could be the next step in a new economic model that relies on cooperation and shared values, rather than competition and concentration of wealth. After all, the main value of such a project is not financial, but social - it provides an opportunity for people to solve their financial problems without the dangerous use of interest-bearing loans and credits, on the basis of an equal exchange of free money. And this principle was described a long time ago, even in the Bible - «At the present time your plenty will supply what they need, so that in turn their plenty will supply what you need. The goal is equality».(2 Cor. 8:14)

What can be done

However, the big drawback of the "JAK Medlemsbank" model today is that it does not fully use all the possibilities and advantages of modern digital technologies, such as blockchain, cryptocurrencies, smart contracts, etc. After all, now it has become easier and easier to use other electrical chains, but completely at a different technological level.

The organizational forms of such an association and the options for technical solutions may be different. The main challenge is to create a decentralized community where users can jointly solve their financial problems without the involvement of traditional centralized financial structures, regardless of the state of the economy and financial markets.

One of the options is the creation of such a community in the form of a DAO (decentralized autonomous organization) on the blockchain, which has internal capital formed and replenished by the participants of the association. All interactions between participants are governed by smart contracts and defined by well-developed financial models.

I am sure that there are various optimal options and forms for creating such a community, known to specialists in this field.

I would be very grateful if someone could share any of their opinions on this idea.