While riding a T-rex.

Monetizable, Decentralized, Immutable, with in-dapp transactions, and on top of that, it is Censorship-proof.

That's as simple as it gets. But there's obviously a better explanation for what Threads are, and this post will aim to solve every question about the new Leo Finance interface, which will be focused mainly on this feature.

Wait, but isn't Leo Finance a Hive frontend where users can post only about crypto projects, finance, money and all that boring stuff?

Yes, you are correct. Leo Finance as a long form content frontend welcomes every user that publishes any kind of content that is money-related, or that is posted with a money-mindset by the Hive author.

But Threads are not only for Finance related topics

Threads is a short form content platform for users to share their knowledge or opinion about any and every topic, or engage with other users while talking about basically anything and everything.

Threads gives Hive users - and any user for that matter - the chance to engage on-chain in short form bursts just like they would on Twitter and earn $LEO rewards in the process!

If you don't believe me, look at the picture below: 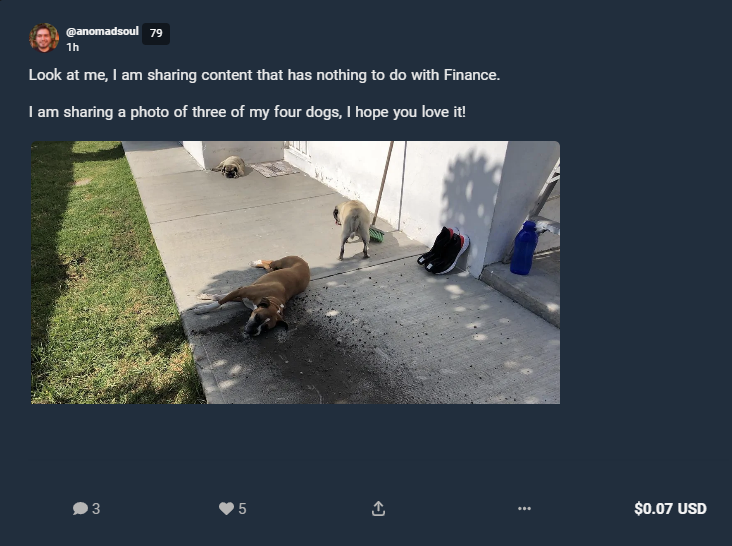 I posted about my dogs, the content is clearly not Finance related, but as I mentioned, Threads are for everyone and for every topic! The only rule is that it's got to be short-form content, just like Tweets!

Threads are not meant to replace the existing Hive Frontends. Threads are here to provide Hive users an extra layer for engagement and interaction with other Hive users.

It's been only one hour since I hit publish and I already got three replies on my thread... 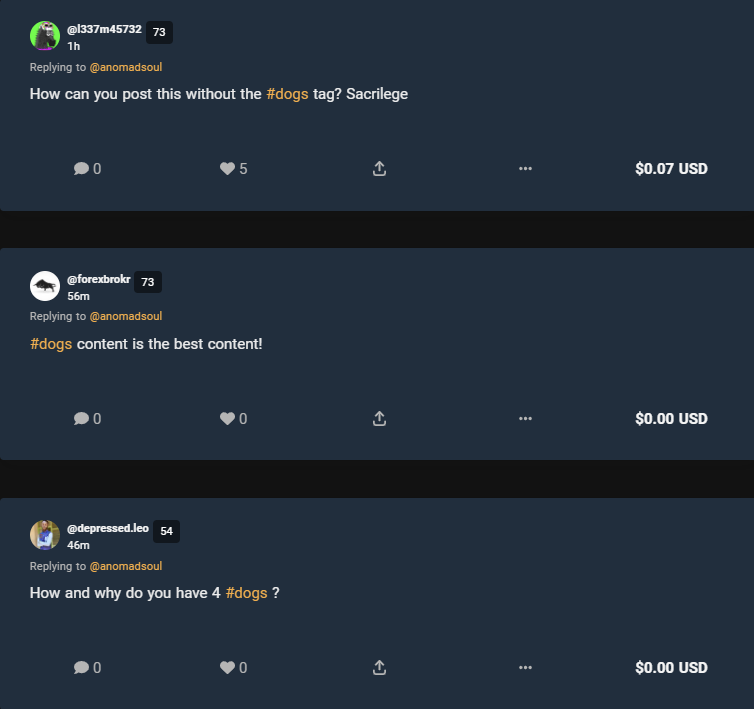 Twitter is so popular because of the simplicity and intuitiveness of the app, but it is also so widely adopted because it is easy to use, engage and swipe down.

This is what Threads = which is Twitter on the Hive Blockchain - will achieve, with the HUGE difference that on Threads, users can monetize their content by earning $LEO.

If a Hiver/Lion uses Threads correctly, they can even promote their own posts on Threads and reach w wider audience! The best way to promote a Hive post is to include a description of the post and perhaps use some sort of cliffhanger to make users browsing threads click on their link.

Hivers can also get to know other people that they otherwise would never even hear of because of the compartmentalization that Hive communities have engraved.

Think about it, a Homesteader might never hear about an awesome Foodie blogger because they simply do not share any interests in common, neither of them follow anyone in common (so reblogs are useless), and neither of them browses the created/trending pages and will never stumble upon each other's content.

Threads opens a door that wasn't even there to begin with on the Hive Blockchain. Considering the tens of thousands of active users Hive has, Threads allows users to scan for awesome authors is a simple, scrollable-down way.

Threads as a gateway to engagement and post promotion

As I mentioned above, Threads allow Hive users to engage with each other and earn $LEO in the process.

But that's not enough!

If you don't believe me, check out how @jimmy.adames shared his @Actifit daily workout on Threads and, even though it is not finance-related content, he can still earn $LEO by engaging with other users: 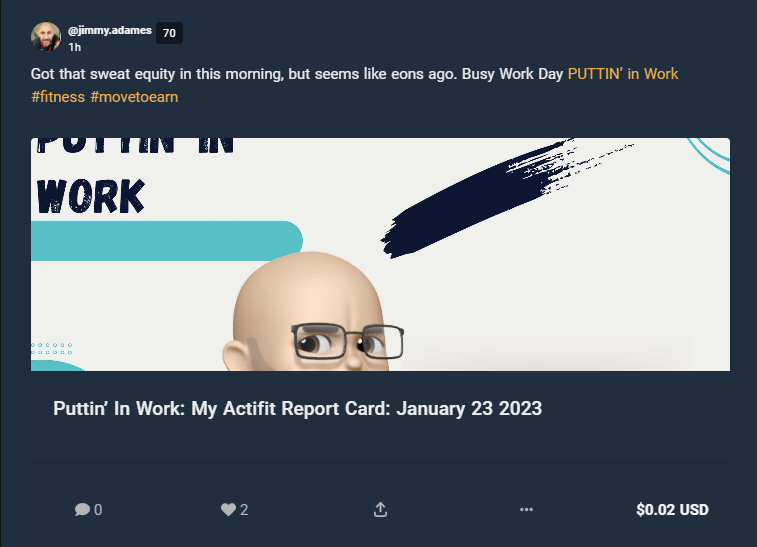 All you have to do is come to **Threads, log-in with keychain, and start threading.

Do you know that you can earn a passive income by delegating to @indiaunited. We share more than 100 % of the curation rewards with the delegators in the form of IUC tokens. HP delegators and IUC token holders also get upto 20% additional vote weight.

100% of the rewards from this comment goes to the curator for their manual curation efforts. Please encourage the curator @steemflow by upvoting this comment and support the community by voting the posts made by @indiaunited.

Think about it logically: it is impossible to keep threads topic specific. Microblogging is designed for quick hits. That can be anything.

You are right, it is changing Hive.

Many Hive users dismiss it prima facie because they feel it must be finance related content.

We need to do mass threadoctrination and threvangelization 😅 to bring them in.

For me, Threads has been a great conduit from being intimidated to post on LeoFinance and now becoming more active within the community while learning from some amazing folks.

A friend came visiting at my house yesterday and was shocked when I told her threads accepts all topics; bring your dog and tell us about it, tell us about your day and we might learn one or two things from it.

#threads also makes us to earn Leo while we interact and make new friends. At least, I have made new friends through threads who come over to my post and it's such a beautiful thing for me.

I love threads and I will continue to interact.

Threads, the offtopic of leofinance.io 😁

#Threads is cool, as there are some gems in, which can lead to better information.

Yippppppeee!! this is super exciting🙃

Its my go-to place for my good mornings and my good nights... my go-to place to ask for advice
Threads are my daily addiction
But for this, I need no prescription! 🥰

#threads is a nice break from the heated political (and other) tweets I engage in on Twitter. I can drop in and share calmer interests and get a non-loaded response.

Correct me if I'm wrong. Wasn't there an announcement from Khal(?) that LeoFinance was now a general-topic front-end, meaning one could post about anything? I'm sure I read that not long ago as a way to boost content creation on LeoFinance by breaking free from the bounds of only writing about finance or money-related content.

Yesssss! Thanks for explaining this so simply. !LUV