Reasons why Bitcoin is Illegal in my country Pakistan 🇵🇰 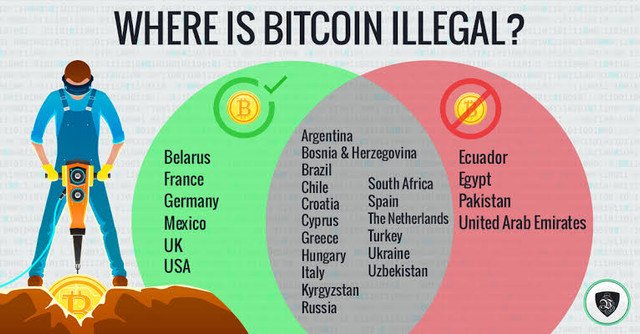 Bitcoin is illegal in many countries including my country Pakistan.
Our government doesn't allow anyone to mine cryptocurrencies.
There are some reasons which make Bitcoin Illegal here.

No physical Existence
Pakistan is still a developing country so people here only believe in the things that physically exist. As Bitcoin is a cryptocurrency, people say it is too risky to invest in something that has no physical appearance.

Untraceable transactions
This is one of the reasons Bitcoin is illegal as we can not track the transaction and any government does not allow this.

Bitcoin is widely used on the dark web for illegal activities. Pakistan is the country that is still struggling to fight terrorism so it is very difficult for the government to make bitcoin legal.

This is one of the strong reasons Bitcoin isn't allowed as the government doesn't want you to be financially free as they want you to keep paying taxes.

These are some of the reasons which make Bitcoin and other cryptocurrencies illegal in Pakistan.