Ok, by now everyone is aware of the plans to implement central bank virtual currencies. As if the legacy system isn’t bad enough now the central planners want total control. Because truthfully that is what this about. 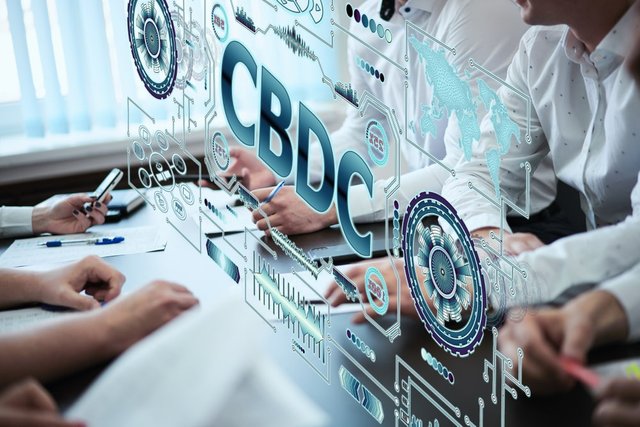 Central banks currently enjoy a monopoly on money creation. They can manipulate just about anything. It is akin to King Midas turning what he touches into gold. Yet, it is the central banks who pick and choose the winners and losers.

What many of these individuals in positions of power don’t realize is that the world has changed. Blockchain is showing no signs of slowing. In fact there are many changes brewing that will entirely disrupt finance. Defi and NFT’s are just the tip of the iceberg.

The core issue that many “central” bankers can’t see is that markets want freedom. They also don’t realize that the legacy system is like a house of cards. As the debt increases so to does the debt service.

Cash flows needed to service this monstrosity just doesn’t exist. Automation and the occasional black swan event will insure that disruption is afoot. People need income. The legacy system is not designed nor capable of handling what comes next.

At it’s core CBDC is merely an attempt to rebrand a system whose time has passed it by. Blockchain is the way. Yet, understand that when a monopoly has absolute power it will do whatever it takes to defend itself.

Monopolies don’t like competition. Controlling a nations money supply is no different. Digitally printing and continually feeding the fiat casino really solves nothing. And frankly the fiat rarely gets to the people who need it the most.

A rebrand of fiat currencies does not remove the common point of failure which are corrupt entities and politicos. Blockchain obviously fixes this issue via decentralization. A system for the people and borderless.

Yet, I do hope people start to realize the truth regarding central bank virtual currencies. Although most are running tests they are truly behind the curve on every level. And why try to create something that already exists. Bitcoin is here to serve this purpose.

Maybe one day they will see the error in their ways. Free markets will once again prevail. And many of these banking monopolists will realize technology waits for no one.