Several years back I took a defensive driving class. It was a fairly serious affair. With a real ex-rally driver trainer in a souped up Toyota Corola, where the entire back seat was removed and retrofitted with complex hydraulics. The trainer sat shotgun with a laptop and he can virtually do crazy things with his laptop. I mean as a student driver, I would drive the car and he can say, "alright, I am going to spin your right wheel 50% faster in a powerslide and lets see if you can control the car!!" Yeah! pretty scary stuff!! But, I learned a lot that day. The reason I brought this up on a trading post is because he asked a simple question during the training:

Are you an Average Driver? 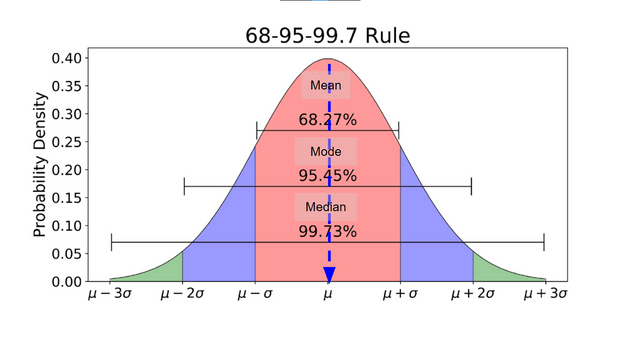 He says, that the answer he most commonly get is that everyone says that they are better than an Average Driver! Obviously that is incorrect :) If most people are above average driver then that defeats the purpose of average! If the distribution of drivers are a normal distribution, that is! Above is a normal distribution. Where probablity of a particular outcome is perfectly random. In such distribution, the mean, the median and the mode (I hope you know what these are, because I won't help you if you don't! Go ask your highschool kid or google!) are exactly the same, and located right in the middle of the distribution! The average! So, let me ask you my question: 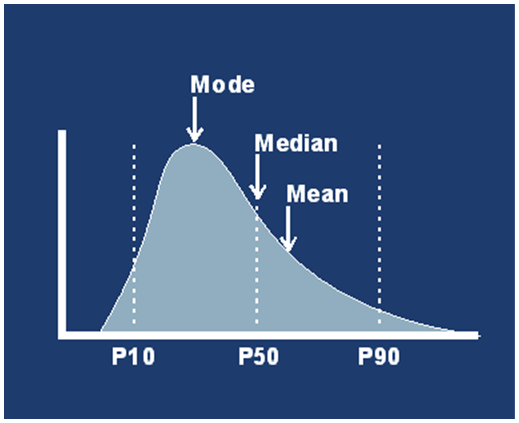 Life is complicated in trading world. It can be easily proven, like most natural processes, outcome/success/or profit or loss, by trades made by individuals, or even institutions are NOT normally distributed. It is mostly lognormal. Above is a log-normal distribution, where mode, median and mean are all at different places. Mode, the most requently occuring people (say traders here) are much less than mean (The Average). The mean of that imaginary distribution is probably P60 (or 60% of the people are below average). In reality, and data is hard to collect, but the mean of that distribution could be even further to the right tail to P70 or P75!

So let me ask you the question again:

FACT: 95% of the traders wipe out 90% of their trading capital within first 6 months to a year. About 75% of them never trade again, and say market is completely manipulated (which it is! But that's an okay thing.)

So let me ask you the question yet again:

These are the pair of charts that I used in my previous post, which a lot of people liked and commented. Some even said that it was 'actionable' (I don't know about that!). But anyways I put the chart below for an immediately side-by-side comparison.

Same Chart. Fast forward a few days, and at a slightly zoomed scale after the "Luna Crash". We can see that there is a green daily candle at the moment. I do not know if it will hold, but people already asking me, if this is an reversal. I always answer that question as follows: Reversal is a process!

Reversal is a process

Reversal means a switch of a trend. Say a trend that was going down. Something magical happens and it starts to go up (or vice-versa). The question you should always ask yourself, is:

Reversal at which scale or time-frame?

This is a very important question about reversal, trend, virtually anything related to charting in general. Trader typically trade at a particular time-frame chart. For me, for day-trade it is 15-min chart. If you trade in five different time-frame god help you!! So, it 15-min chart, which is on the left, I see the downtrend from previous day, 13:45 reversal bar (doji) marked the bottom. Then I am looking for 3 signs:

If all these satisfies, I have a reversal on a 15-min chart, and I will look to go long. I may or maynot wait on a pullback. Typically I don't.

However, compare that to the next higher level chart! The one I use is 1-hr. Did the trend reversed yet? Maybe, maybe not! It did sort of full-filled all three criteria, but the market still below major support (which is now resistance), the yellow line of 4062 from the daily, and the red - arrow, also from the daily, the major downtrend line which is way above at 4270! Price is below all that. So no, we are not out of the woods yet. But since I trade in 15-min, there is no harm in doing some long trade. If the rally fails, I will short it pronto!

Disclaimer: This is NOT professional advice, this is all just my own opinion and experience. I am NOT a Certified Financial Adviser. Consult professionals for any financial, accounting or legal related questions you have.

Charts are created in Tradingview.com, which is a free service.