Askleo : Should Paraphrasing Be Entertained? 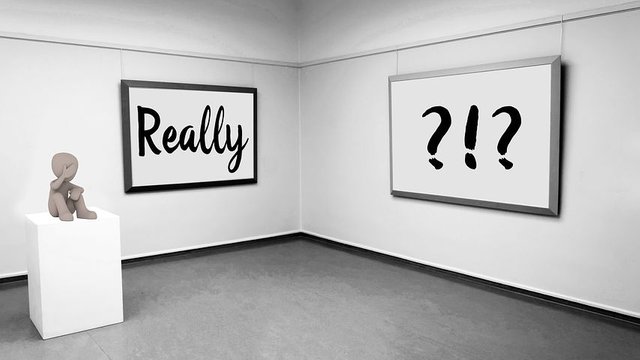 Research writing most times gets mistook for a paraphrased work, and vice versa. I believe from my latest article about plagiarism I did manage to throw out there, just about the right format to write articles. I know most people may already see me as a bad person spoiling games up for them in a way, but we should all understand the importance of uniqueness and originality because it gives both credit to the author and the medium paying him/her.

That said, for just about 24hrs and more, I've been lurking round a certain profile page here on leofinance.io. Damn it's been really hard to determine what was really up in this person's articles, but thankfully I have the time to tackle it to the basics, so then, that brings me to a question I'd like the leo community to share some ideas on and that is :

Should we entertain paraphrasing? 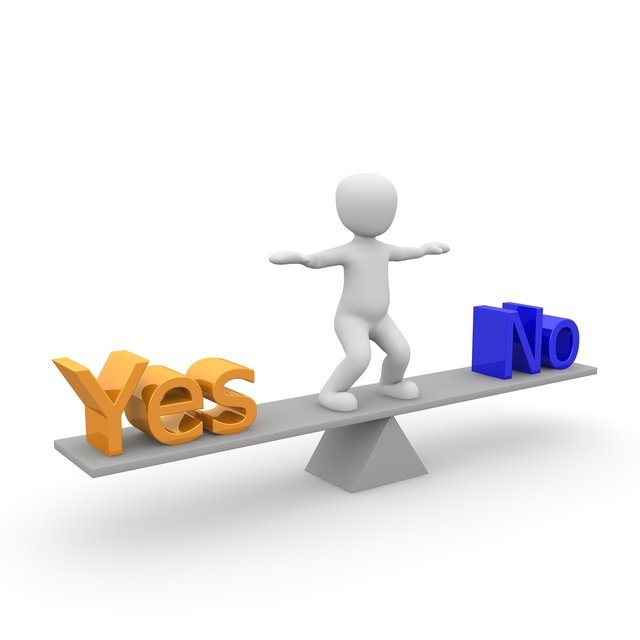 This is actually something most people don't know exists and it has really been a crazy shit that could be really difficult to control or even determine or draw a conclusion.

The act of paraphrasing a content is just basically twisting up words from an ordinary article, most likely replacing certain words with its synonyms and thoroughly scattering the article to prevent it being detected by plagiarism checkers or getting caught by human investigators.

@borntorule "supposingly" writes rather interesting articles or are they just paraphrased versions of other people's articles?

Don't get me wrong @borntorule, am not calling you as a plagiarist, at least not yet, if I were, I'd just have left you a comment on your post and that would have been a stigma that lies there forever. But I didn't, and besides you're anonymous at the moment so no one here knows you or will ever do, so then consider only your account being questioned here, and while publicly bringing this up, two things will likely happen here!

It's either the community will agree that you're indeed a plagiarist just paraphrasing articles to avoid being caught, or they'll oppose my views and deem you clean, and by that you'd earn the community trust and free publicity that would likely draw traffic to your blog. So it's either a win or lose, so it's left for me to throw out my reasons for this and you can oppose it actually! While waiting to attain your reply if it would ever come, the community will share views via comments.

This is only for the betterment of our community, leofinance.io deserves originality, uniqueness and then finally that social Vibes. Plagiarism is something to keep off the chain to give it its full deserved valuation…

So then, shall we compare my diggings and see if @borntorule is unique and clean or a paraphrasing plagiarist? 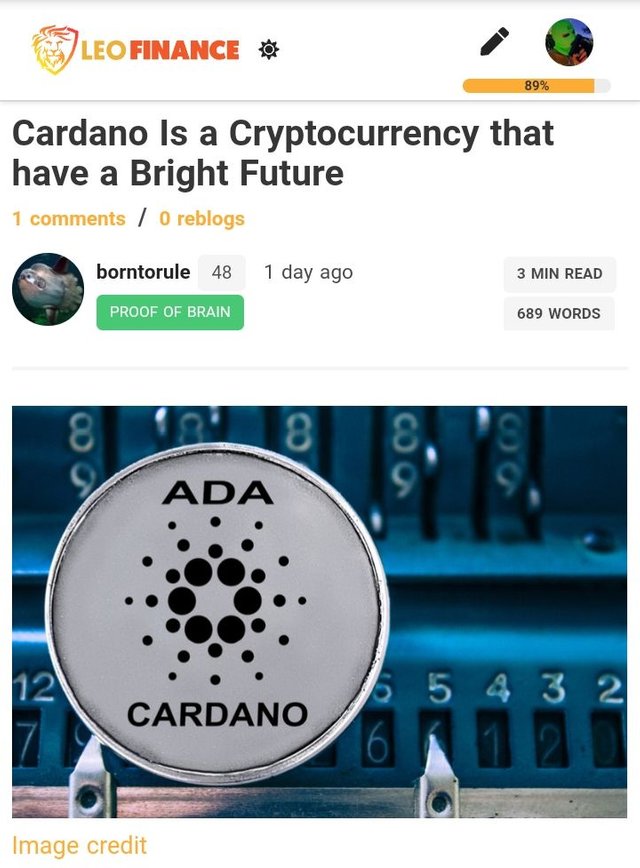 Where, as the title implies, is focused on Cardano. In crypto space paraphrasing happens a lot, but there's actually a proper way to do it!

Most of @borntorule contents were found with a lot of similarities with articles published on Nasdaq that paraphrasing may just have done enough, but not quite enough to keep the badbitch suspicions away.

This is the link to the lookalike article!

Could this be seen as a research work or a paraphrasing to avoid being tagged plagiarized?

Paraphrasing could actually be done properly, and that's by giving credits to the source! It is OK if someone wants to change the way of writing something, that's why things have different definitions after all… But regardless of that, paraphrasing in recent days has been utilized for the wrong motive and unlike the previous form where a glimpse of credit is always given to the original source, just to let readers know that those informations ain't owned by the publisher, it has recently been turned into a tool set out to get people easy informations without any efforts placed to work. Certain tools are recently being deployed for such criminal activities, that's how bad the world is becoming, implementation of tools to fraud the system, just sometimes artificial intelligence are programmed for the bads…

Forgive me if I end up being wrong but I don't "think" he's a unique user. Right now none of his posts in question are edited, just in case he tries to do that after now.

I did try to kick start a conversation with him but didn't quite get the response I was looking for.

From the post about "Cardano" he chose to give image credits to another site rather than the site I think he paraphrased the content from.

Here's the link where he gave image credits to :

Isn't that just a smart move? Just in case someone supposingly clicks on the image link, he/she wouldn't bump into the article that would likely expose him, just saying tho.

Why I started with this post is that it was the only post that gave me a glimpse of an idea of what was going on, because other articles were not deemed plagiarized by my plagiarism tools, and I used so many… maybe he just didn't manage to paraphrase this one properly or am just wrong about this.

All other of his articles are well worked upon, that it all displayed a 100% uniqueness, you can check it yourself, only the post about Cardona was spotted with a little external information which led me to discovering that there just might be a lot more strings attached… you can check them yourself if you have the time as I.

Like I said, paraphrasing tools replace words with synonyms, and just try to scatter the whole thing. Sometimes people can do this on their own, or use some programmed tools for that.

Here you see "purchase Cardona" on his article. No writer on a block space like this would just throw that around. The formatting of the article is just too fishy, to a point it's just like this:

But through that link, it was written as "Buy Cardano"

On his post it was changed to Purchase, see where am heading with this?

Now look at proof for just what paraphrasing tools do. I copied his article and placed it on one tool, clicked on paraphrase and here's what happened : 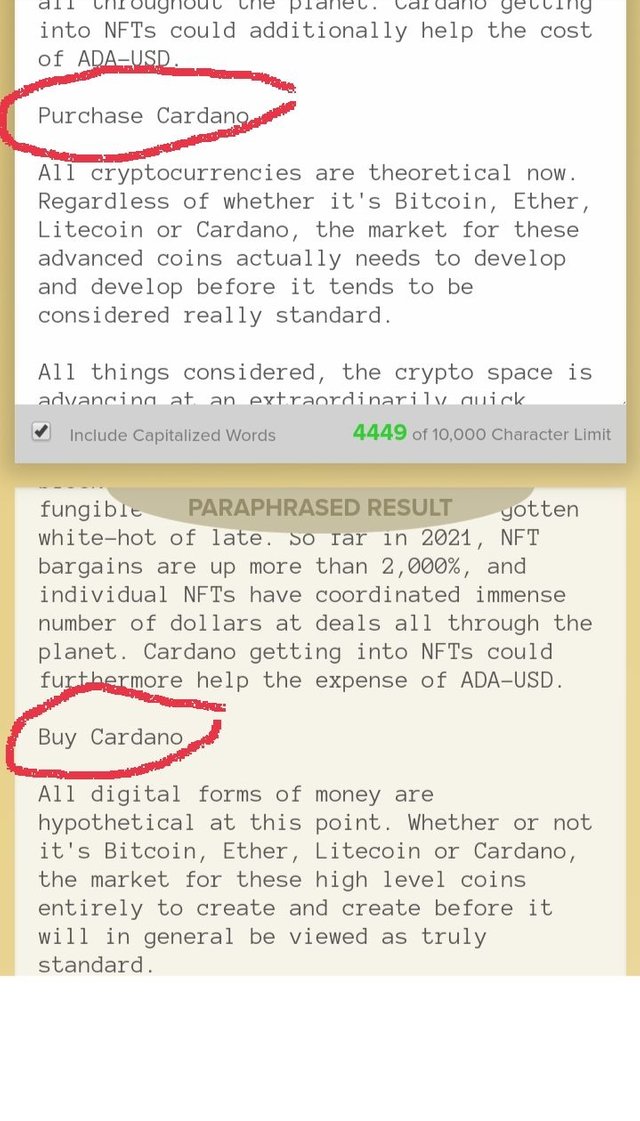 The section up is the article published on his blog, while the one down is the paraphrased version of his own. The weird thing is that the tool can just keep changing words for another, so it could really be hard to determine. What I mean is that even an already paraphrased article can be paraphrased again with this tool...

It's easier to spot these flaws on Words that have limited synonyms, unlike words with a lot of them.

Just a bit of emission of certain parts, the paraphrasing of the entire article, but this is only my opinion and I hope people don't misunderstand my motives of making the reward system fair for striving users.

To keep this post from becoming too long, I'll stop here, I'll leave it for the community to decide if it's paraphrasing and if it should be entertained or if I am wrong about this one. Comparing the articles on the links I provided will help us determine the uniqueness or similarities that hints to what am saying here.

@borntorule has all rights to speak up and defend himself on this, because if someone was to bring up my post and say I plagiarized or didn't follow certain writing guidelines, I'd definitely step out to either defend myself or accept the allegations.

So, no hard feelings attached, it's for the betterment of the community.

Message to Plagiarist Out There :

Before you plagiarize, just remember that badbitch has the time, energy, attitude and tools to dig you all out!

Now I'd like to call on @onealfa.leo because it's likely party time, or maybe not! Wink! 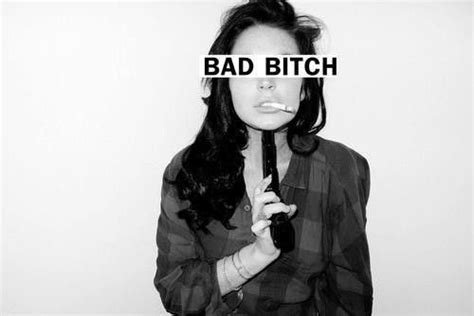