Phew, that was a wild car ride, yup, I can't actually begin to count the losses I've had to heal from. As much as that sounds sad, that's definitely not me, neither is it someone I know. However, I recently met with a guy, one I've never seen before, a co crypto enthusiast, a rather creepy one even for me. Apparently, he's the type that buys anything (although I never asked to see his portfolio cause I don't care), and he kinda reminds me of my old self. His theory is simple, buy whatever because whatever can moon. This was something I loved doing, literally, I did see the gains, but also the losses, but much greatly, the easy spending that followed, it was all short-term driven. In the course of our conversation, he asked me if I had Shiba Inu, It was crazy to think someone of his position would ask of a shitcoin, I looked at him and said no, that I stopped buying shitcoins after I sold the bittorrents I accumulated blindly some time back.

He giggled and began explaining his approach to being heavily invested in anything. I couldn't actually judge him, it's his money and his choice, so I couldn't possibly care less about anyone's financial decisions. It was rather funny how he sees long-term potentials in shitcoins, well, we meet weird people every day, but friendly advice, never invest into a shitcoin if you ain't richer than whatever greed that may be fueling that decision.

But hullup, that's not what this is about… 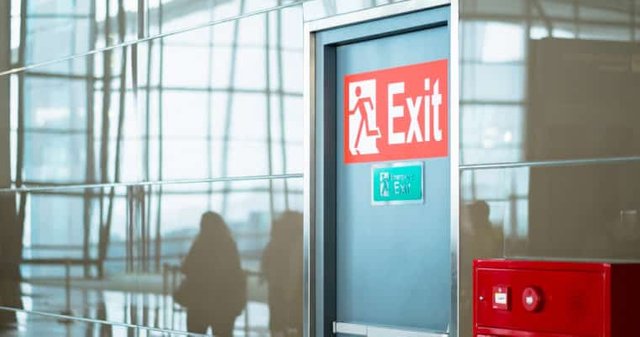 September wasn't a very friendly month for holders, probably still the same old game for day traders and all 'em futures kings and queens. But for those who just buy and hope to see its value going up daily, September definitely wasn't the friendly month.

Should we expect the same with October?

I think no, we should rather be up for a surprise. Yes, China is on to restricting crypto, they are also onto capitalizing on it, fun fact. The remaining months to wrap up this year is likely one to look back and imagine how a time so short could contain so many surprises. Currently, the market is rebounding, and I've got my eyes fixed on certain coins. Right now, I can only list a few, including luna( hype based) Ethereum ( obvious judgment) Cub ( don't tell me you ain't taking notes) Monero ( $1k per coin isn't so bad for a true privacy coin) Cherryswap ( basically just staking this for rewards on Okex with fingers crossed) Bitcoin ( slow and steady climbing is what I expect) HIVE ( we could be hitting $1 again, and possibly ride through $1.3 to wherever)

ADA, OK, this is one I'm really skeptical about, really. On one thought I want it, on the other I don't. Recently, there's been some fuzz on a Stablecoin backed by Gold being launched on the Cardano blockchain, so I'd just have to closely keep an eye on it.

Nevertheless, major alts may be rallying up the charts, so I'd expect we all got our bags filled.