Torum is doing it

It was not easy but it is finally done! Torum is now among the top 50 thousand sites in the world according to the Alexa Ranking. I have been following this top for quite some time now and this seemed like an important milestone on the way to becoming one of the greats. Yes, Torum has all the potential to become big - a hard-working and dedicated team, growing community, and a project in one of the fastest-growing industries in the world - crypto. 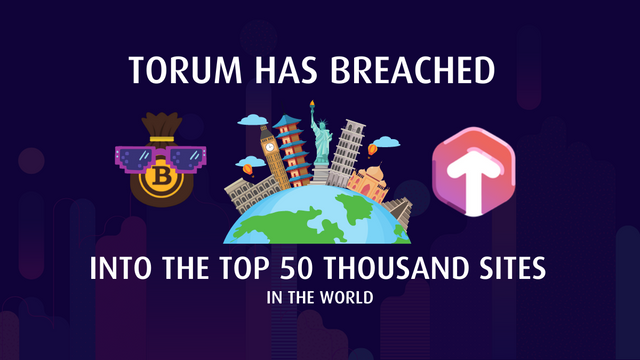 If you have been following me, you know that I'm a Torum ambassador. I enjoy using it and accumulating its native token - XTM. It is easy to do and works well with my other web endeavors, such as LeoFinance. I share my articles on my Torum feed and it means I'm getting more rewards for the same article.

As you can see in the screenshot below, Torum has finally reached the top 50 thousand sites in the world. It's pretty impressive. I remember that when I first joined Torum, it was ranked outside the top 200K sites. In less than a year, the platform has made a great run reaching new highs every other day. 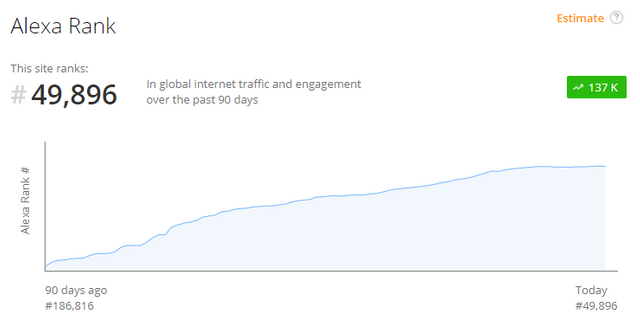 As for the native token of Torum called XTM - it's not on the market yet. Recently, the pre-sale ended and the coin will be listed during the second quarter of this bull year. Hopefully, it happens before the bull run ends so that XTM gets a taste of the pump. Meantime - you can accumulate XTM by using Torum and completing various missions. You can also get rewards from other users for publishing something worthy on your feed, for example - an introduction.

You can also earn 75 XTM by inviting your friends to join Torum. Once they verify their account, you'll both be rewarded with 75 XTM. As for the price: in the pre-sale, it was $0.05 per XTM. I don't know what will happen after the listing but if the team keeps delivering, we're up for good things.

Right now, you can only access Torum through either a computer or by using the desktop version on your mobile phone and it's pretty laggy experience. Once the application comes out, I'm sure that more users will join up the platform. Most internet users are using smartphones to access the internet so a mobile app is a must, especially for a social network platform like Torum.

Investing in this upcoming game will allow you to earn a percentage of Torum's revenue. It's pretty much like gamified staking which I really like. Thanks to this game, there will be users who will invest in the platform rather than selling their accumulated XTM. I'm definitely one of them. This will also make users interested in the success of Torum so it's a win-win.

Another thing that's in the works is ad bidding. I guess users and companies will be able to spend XTM to get exposure to a certain project or article. It's another way to make use of XTM. The more users there are, the bigger the exposure a project can get. We all know that it's forbidden to promote crypto projects on Facebook. It will be the opposite on Torum where crypto projects and content are endorsed!

NFT's are changing the crypto-verse with every passing day. Projects with NFT's in it are rocketing hard. It's only a logical addition to a growing crypto social network to include an NFT marketplace. Another use to XTM token and an opportunity to earn!

Murots are unique emojis made especially for Torum. The word itself is reverse for Torum. Right now you can use all sorts of Murots on your posts and comments. In the future, you'll be able to create Murots yourself and maybe even sell them. 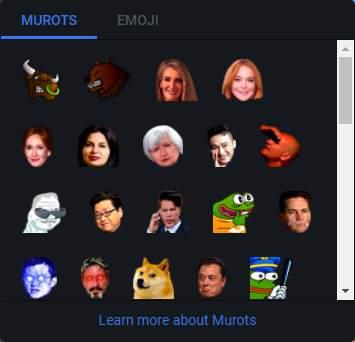 You can read more about Torum on their official intro page. In my opinion, the potential for Torum is huge! As more people are changing their daily habits from centralized to decentralized ones, projects that empower people will only keep growing. LeoFinance is a great example of that. Torum is still in its baby steps and there's a lot of room for growth. Overall, I'm excited about what's to come!

Read some of my other stuff:

Cub Finance - DeFi to Rule Them All
Top Crypto Accounts You Must Follow - Crypto Twitter Top
Must Read - 33 Reasons Why You Should Be Using HIVE Blockchain!

I am curious how it will do once the tokens gets up. I tend to copy my leo articles (the normal hive ones are not enough finance enough) there and see if there is some trm to be found, maybe it will ahve some value when the market on it opens.

But when I am honest...It has potential but I am not confident about it as yet