I recently noticed these updates on the splinterlands website. Maybe this has been there for several days already but I got a chance to take a look at this only now. They have done some updates to the look and feel of the website, especially inside the SPS page. Probably they have created a dashboard and brought all the tokens inside that and have given a good make-over. I like the colors and the layout of this. This is really attractive for any game interface. I guess they made these changes after the Airdrop was over. There are still options available for people claiming their staking rewards in the form of Vouchers and SPS. There is no doubt the UI has improved so much but I also had some concerns regarding some of the options in this UI. I also felt it could have been better. 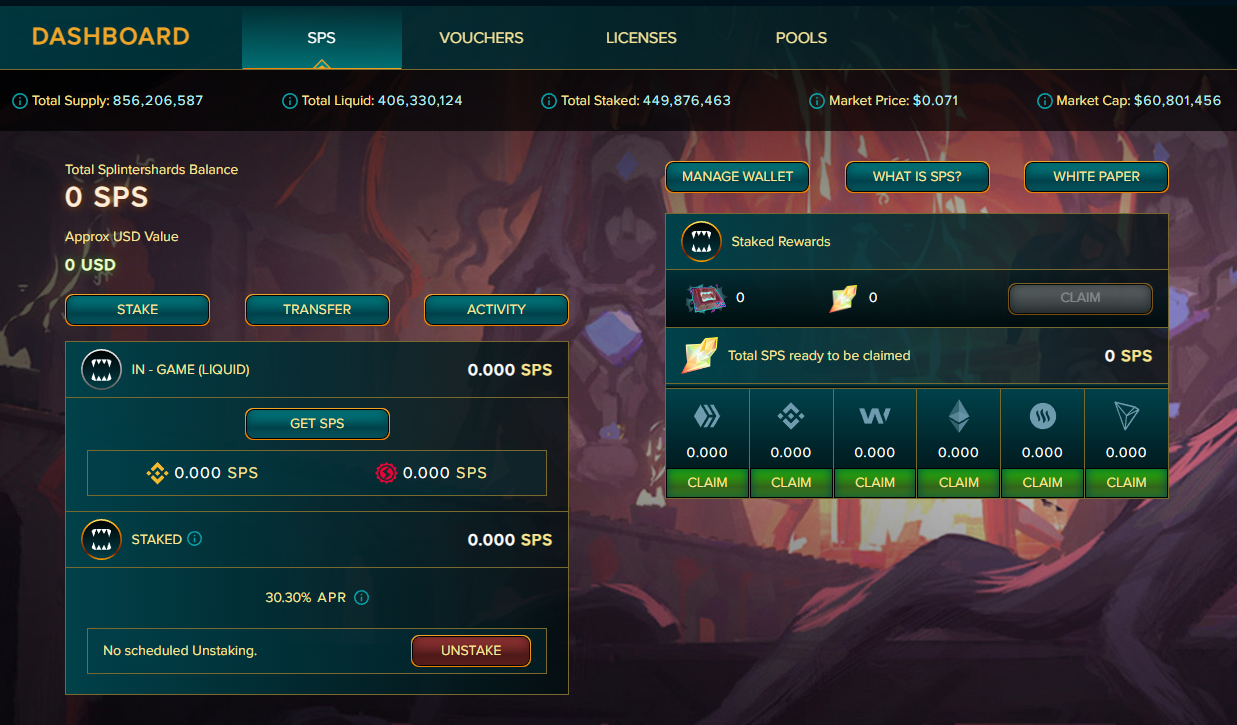 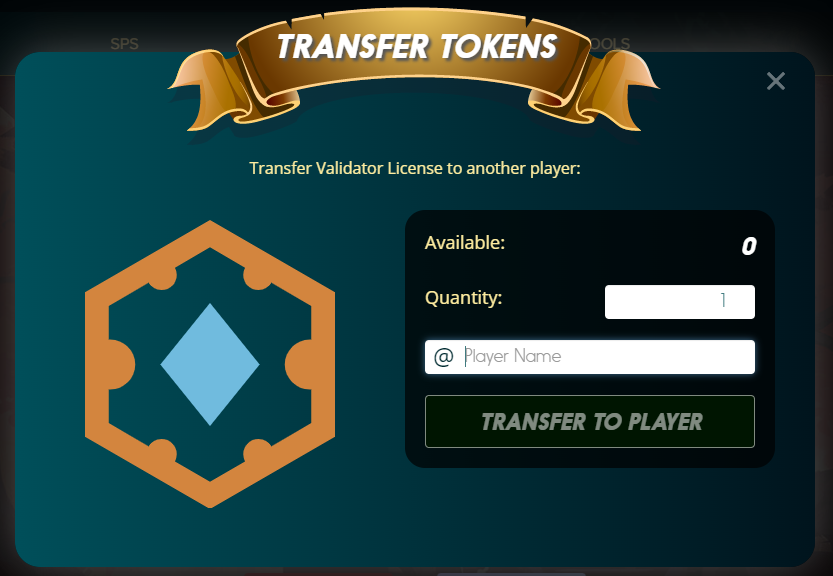 Though this was a bit disappointing, otherwise I definitely liked the look and feel of the new dashboard and I hope the development team understands the user needs or thinks from a user perspective and tries to provide those options on the website. I also understand they might have so many items in their backlog to be cleared to keep the game going and this might have ended up as a low-priority thing. But someone who designed the above page would have thought about this while building it and could have done it similar to how other tokens have a transfer in and transfer out option. If I had developed this page, maybe I would have thought about this.

As a user, I would also expect to have a facility to swap my tokens based on the available pools. This is also something that can be brought to the website. Maybe not for the internal wallet tokens but for Hive Engine tokens. I don't know if it is out of scope for the website but I just had this thought while looking at the Pools page. The information displayed here is not very useful. Maybe a facility to swap can be a useful one. But this is just my perspective and others might have a different opinion.

If you like what I'm doing on Hive, you can vote for me as a witness with the links below.

I still don't understand the game but trying but I lose what battle I play.Thanks for the update.

Bala I have a question to you if you don't mind.
I can't find you in discord😭

You can find me on Indiaunited discord.

Hey @bala41288, here is a little bit of BEER from @pixresteemer for you. Enjoy it!

UI update is good I'd like to see some internal swap options on the UI next I feel it would be a smart move as they could collect some fees to fuel the DOA or the company.

Great proposals and hope to see them integrated in the future. I am so excited about the AMA on Monday, they've said some big announcements are coming...

Yeah the UI is getting better each and every time those facelifts and the additional options would be killer.

One prime example is how PEAKD is done.

Yes I also like this new UI. It looks really good

I think that is a good solution but the swaps would have to happen directly outside the chain. So would this feature also charge the users for gas fees?

No I don't think so. The swaps that I'm talking about is the diesel pools we have on Give Engine. That's what they are displaying there.