Ah the beginning of the year, clean almost empty charts. Under Financial Stuff you will note that the Current HP total column has a number, ‡ that number is the total HP earned above the ending amount for December 2020. The difference in that number and the Total HP Earned is other small amounts from contest and Token drips receive,. all those little 0.012 and 0.002 drips do add up, some of which are powered up when sent.

The end of month spike in HBD price may have a small effect in that I convert all my HBD's as received and then at the end of the month to do my pie charts I convert the total HBD to Hive so as to be comparing apples and apples. Most of the time I would receive about an 8 to 1 ratio, with the spike on a few small amounts it was 11 to 1. So that conversion number may be off by 20% in the pie chart: 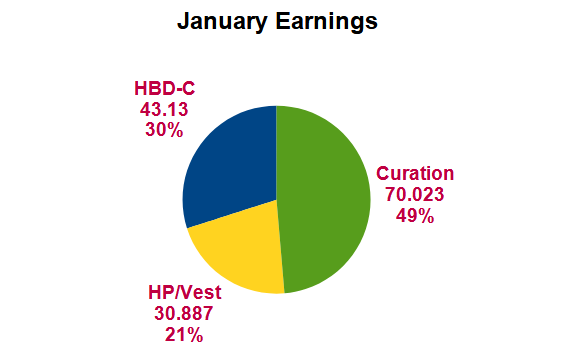 I was not a very active Hive Soul during January, but I still managed to get my votes out and the curation helped keep my account growing. I hope to do better than 4 post for February, and bring my pie chart back to a 33 split between the three. 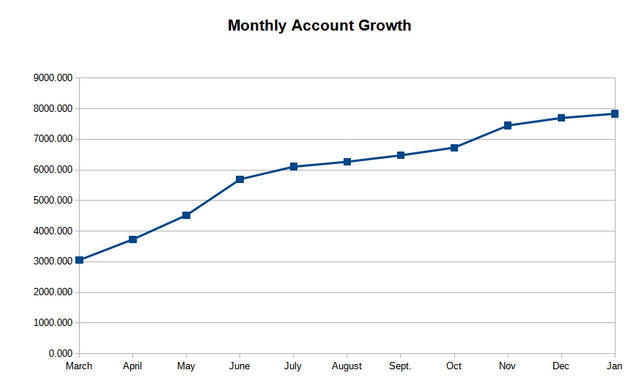 Looks to be flattening a little bit but still a very nice uptrend. Of course until i begin to take funds out it should continue to grow. Almost 5000 HP growth since the inception of HIVE, and 2000+ HP growth since the final Steem conversion. So I am pretty happy with the amount of steady growth. 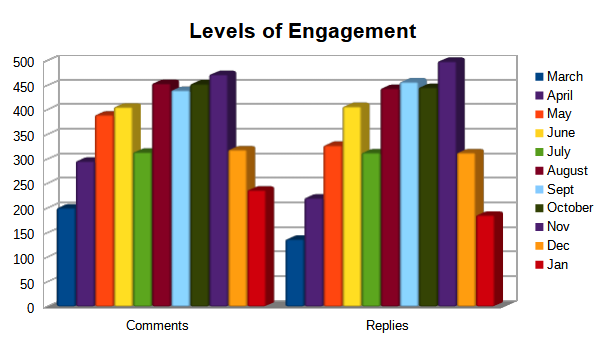 Not a very stellar performance, and a little bit of room for improvement. It would be great if I could maintain that Aug-Sep-Oct output, but a slight improvement back to Dec levels will be nice.

Posting was down also: 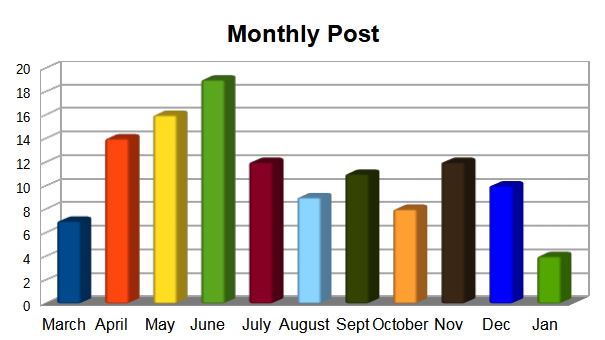 Lowest output since Hive started, I need to return to at least the October level of postings, two post a week would be nice but I am not going to force myself. 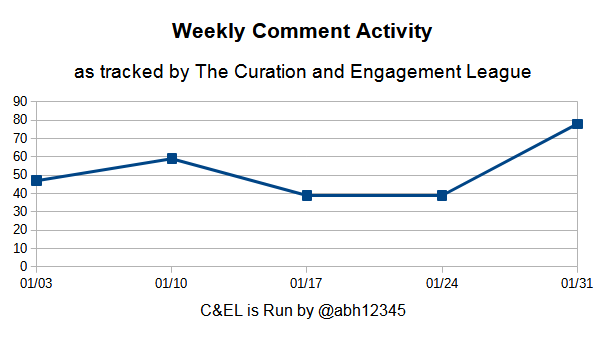 That is week 40-44 of the league, new year and the 39 week long chart was getting pretty long so a new beginning. It must be noted that for week 42, (1/17), I did not make the list and the comment count was done manually using the peakd tool page.

Week 42 was the first time since joining the Curation and Engagement league that I did not make the list.

Back in August I made a commitment and set a goal to to reach 20,000 comments by years end. A few other joined in, and I think I am the only one that did not reach their set goal, I am still working on it, and maybe by the end of February I will be there, only 481 to go.

It is a new year, we have made it 10 months on Hive we are nestled tightly in our crib with lots and lots of love and hand holding and soon we will be out crawling all over the floor and exploring like never before.

I am looking forward to the one year anniversary of Hive. Steem seems so far in the past now, with HF 24 we had a nice solid break from Steem, the foundation layer is being carefully crafted and not rushed so as to avoid becoming an over patched weak foundation.

The spike in HBD was nice, it may have helped a few fence sitters decide to take a look inside and see what our community growing into a nation looks like. I hope it did/does drum up some coattail effect. I wonder also if HBD stays above the $1.00 mark as it is so far if we will start to see part of our rewards in HIVE? For me that would be nice.

Well pretty much it for now, and if your wondering the drips I get are from archon, and dhedge.