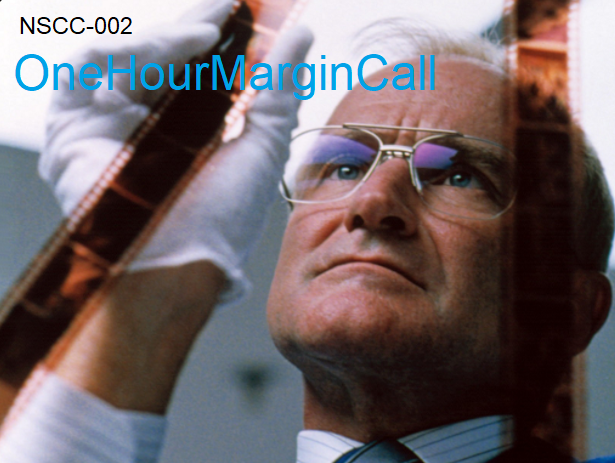 All Hedge Funds holding short positions MUST REPORT THEIR POSITION.

This is an edited version of a repost I saw last month that’s relevant to the NSCC-002 approval determination on June 21.

NSCC-002 is the biggest news to come and the endgame catalyst.

NSCC-801 Passed with no objections in May.

For this rule to enter effect it needs to piggyback on NSCC-002, which if no objections are made again, will be passed June 21. It passed 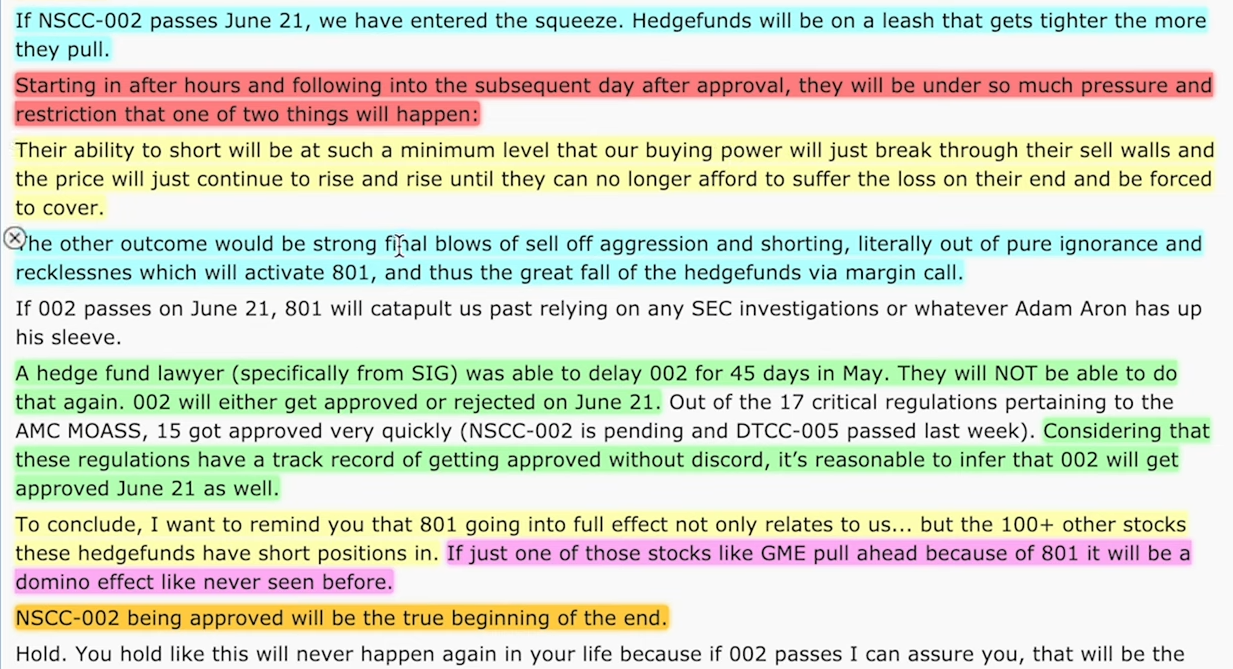 "Once 801 enters effect, all hedgefunds holding short positions will be monitored every single minute. They will have to report every single minute their value in short positions versus their actual money on hand. If they fail to report or their short position value crosses the threshold where it is higher than their money on hand, it's an immediate warning to deposit the funds needed to cover within ONE HOUR. Failure to do so leads to the NSCC immediately overriding operations and liquidating the hedge funds entirely, one after another until all that is left is the trillions in insurance.

This is bigger than anything. This is so big, that this rule will prevent a squeeze even a fraction of this magnitude happening ever again. It is that powerful, and with its implementation at this stage of the game... it will catalyze a squeeze so large that calling it the MOASS will be an understatement. The fact this isn't at the top of all posts is mind boggling.

If NSCC-002 passes June 21, we have entered the squeeze. Hedgefunds will be on a leash that gets tighter the more they pull.

Starting in after hours and following into the subsequent day after approval, they will be under so much pressure and restriction that one of two things will happen:

Their ability to short will be at such a minimum level that our buying power will just break through their sell walls and the price will just continue to rise and rise until they can no longer afford to suffer the loss on their end and be forced to cover.

The other outcome would be strong final blows of sell off aggression and shorting, literally out of pure ignorance and recklessnes which will activate 801, and thus the great fall of the hedgefunds via margin call.

If 002 passes on June 21, 801 will catapult us past relying on any SEC investigations or whatever Adam Aron has up his sleeve.

A hedge fund lawyer (specifically from SIG) was able to delay 002 for 45 days in May. They will NOT be able to do that again. 002 will either get approved or rejected on June 21. Out of the 17 critical regulations pertaining to the AMC MOASS, 15 got approved very quickly (NSCC-002 is pending and DTCC-005 passed last week). Considering that these regulations have a track record of getting approved without discord, it’s reasonable to infer that 002 will get approved June 21 as well.

To conclude, I want to remind you that 801 going into full effect not only relates to us... but the 100+ other stocks these hedgefunds have short positions in. If just one of those stocks like GME pull ahead because of 801 it will be a domino effect like never seen before.

NSCC-002 being approved will be the true beginning of the end.

Hold. You hold like this will never happen again in your life because if 002 passes I can assure you, that will be the case.

How does this effect Bitcoin? Are any Hedge funds shorting BTC? 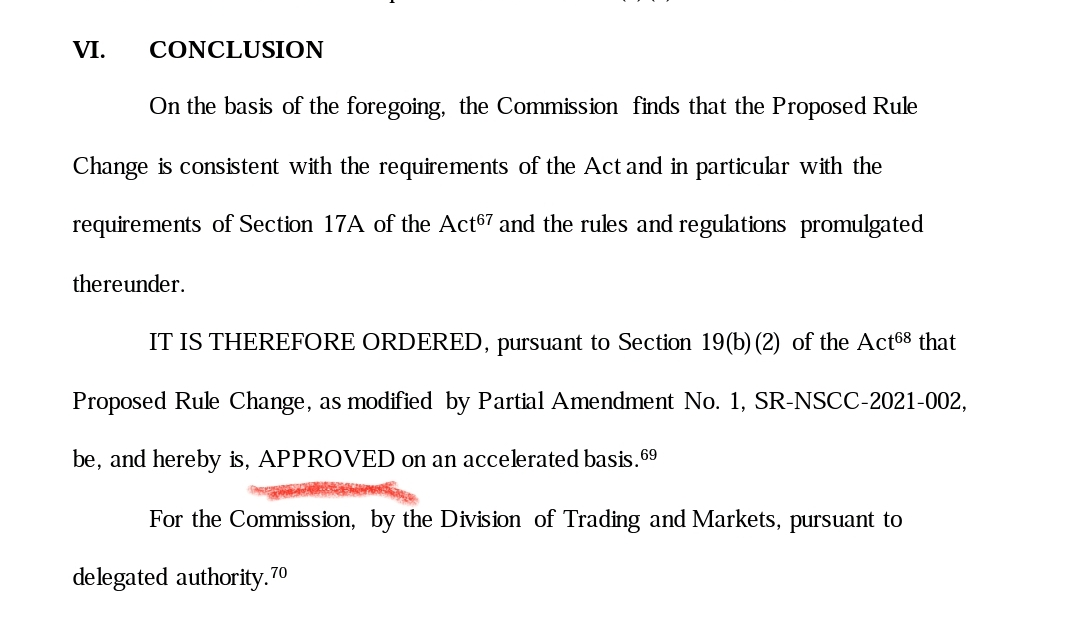 Obviously this will take some time to digest. However, this is pretty crazy news some are taking as Bullish at least for BTC. We all know there has been massive massive manipulation with BTC. How many of them were shorting while triggering sell orders from their own sale? Food for thought!