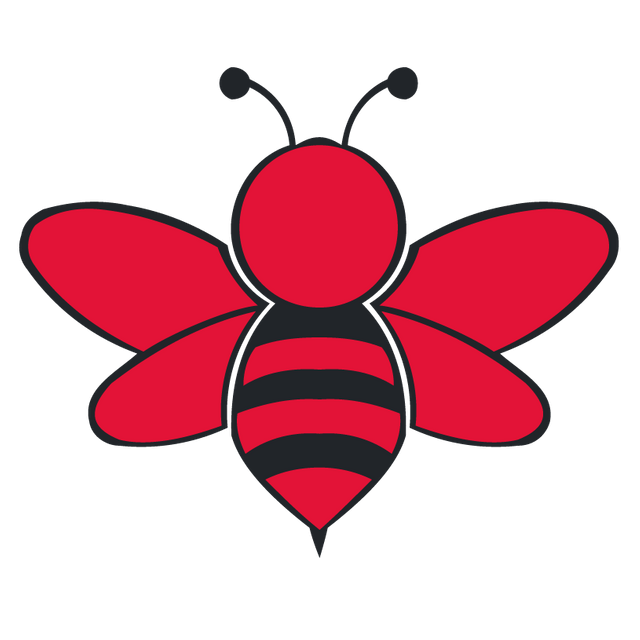 Beeswap is an application that allows cheap (0.25%) deposits/withdrawals to hive-engine, without changing the size of the entire SWAP.HIVE:HIVE liquidity. This is a bridge service between the native blockchain token HIVE and it's equivalent on the hive-engine side chain, SWAP.HIVE.

The use of the SWAP.HIVE has been growing, and is expected to continue to grow as more and more projects are using the hive-engine protocol, and there continue to be more arbitrage opportunities. This means the BeeSwap pool's collection of fees should continue to grow.

Staked Beeswap Token(BXT) will earn 50% of all the fees generated by BeeSwap, currently estimated at 50k hive yearly.
3 days to unstake.

Launch Sale: 4000 BXT will be sold to pool in first 3 weeks to cover creation costs, eventually to create self earning community fund if collected $ will be significant.

Tokens will be distributed to engine pools liquidity providers and community fund in the following manner:

Airdrop is done.
BXT and fees distribution should start in less than a month.

notice:
As is true of all the applications built on hive this one is also centralized.

Interesting, I saw a new token in my wallet and was wondering what it was lol. This seems interesting. So your idea is to reduce the 1% deposit/withdrawal fee? Is that how I understand it?

beeswap exist for more than year already with reduced fees.

Idea is to share beeswap profits with users, and also stimulate liquidity on engine pools, to make it easier to actually trade some assets. Also it gives more arbitrages opportunities too which also means increased volume and more collected fees to share with users :)

Ah okay thanks. I haven't used it before so pardon my ignorance! I will see how the Hive Engine token pans out, might be a great opportunity!

hi, how cani get it bxt token, or please send me some to stake it on my wallet, cheers

For LEO holders too?

Hmm didn’t get any for holding LEO.

staked leo probably, something like top 1000 or 500 accounts, snapshot was taken few weeks ago

Oh never mind. I think I got it then.

It confused me a bit when my main account got the same amount as my SIM holding account.

Just staked my BXT's. Thanks for the tokens!

Interesting, I have to swap some STEEM and the app changed completely. I dont do hardly anything with that chain yet have a tough time finding a way to swap the STEEM to HIVE.

One way right now is to buy DEC on steem-engine, upload through splinterlands and 'download' to hive-engine

Thanks @ecoinstant. That is a great idea. I will do that.

great tip i will help me as well

we forgot about steem long time ago...
liquidity split between steem steemp hive hivep swap.hive is not efficient at all.

That shows you how long it was since I messed around with STEEM.

Staked the airdrop tokens, and the only tokens that I've staked so far.

That's nice to know! I used beeswap a few times and it's really good.

I'll just stake it right now before I forget. It's definitely a nice idea. Is there a minimum amount to get rewards or will it just add up over time and give it to you eventually?

If this is what amounts to a whitepaper for the tail end of this bull run, I'm all in!

Gerber is this you posting?

Probably the biggest airdrop I never had. Thanks a lot for that ! Waiting to see how everything is going 😉 !LUV and !PIZZA

Staked Beeswap Token(BXT) will earn 50% of all the fees generated by BeeSwap, currently estimated at 50k hive yearly.

This convinced me to stake every single airdrop I'll be getting. DeFi grows on Hive/Hive-Engine and it shows why we are all here: grow with it!

BXT will be another HODL for me. Thank you and Best of Luck!
!PIZZA 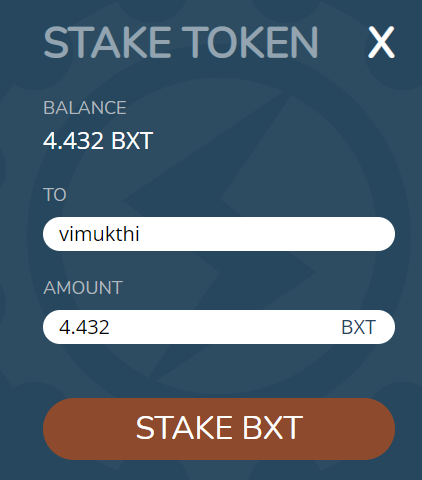 Has the stake option for BXT ensued?

You can stake them now on HIVE-Engine. I have not been keeping track of rewards getting out of it. After all I only have a very small stake.
!PIZZA

Great surprise on ym birthday finding a bunch of these new tokens, will probably stake them as I really like using beeswap and think it has a bright future. Good luck!

Something that remained unclear to me is if it is a one-time airdrop or on a longer period of time.