Cryptocurrencies are more valuable than Apple 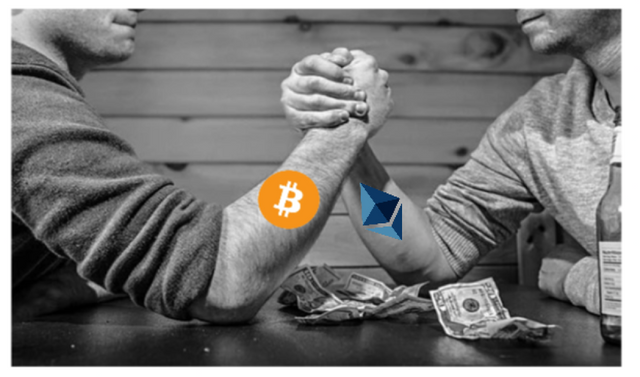 Apple is the popular software giant that also makes reliable and efficient devices. They're also the second-largest company in the World, in terms of market cap, so this recent move is pretty awesome.

Bitcoin's total valuation stands at the $1 trillion range, giving it a roughly 50% market dominance, which is considerably less than previous highs of %60-65 range. This is indicative of an altcoin rally and that is also reflected in many tokens as their values surge to unprecedented highs.

Then again, according to Rekt Capital;

"#BTC is still just consolidating inside this range. It is this consolidation that has helped $ETH breakout to new All-Time Highs. #ETH is arguably leading the market whereas $BTC is trying to catch up. Good sign so far is that orange resistance is struggling to reject #Bitcoin."

Pointing at the fact Bitcoin has a role to play in the strong performance of Eth and altcoins. However, many people, like me, wonder how long this altcoin rally will actually last.

Unlike the last pump, this one is fuelled by factors that are unlike anything we've ever seen in crypto before. For one, the amount of institutional interest has increased and generally speaking, the spotlight has been pointed at cryptocurrencies more than ever.

As the mainstream appeal continues to rise and these digital assets/currencies continue to rise, it is very likely that by the end of the bull cycle, they'll be at the pinnacle of valuations among companies.