I guess we're getting a new promo card 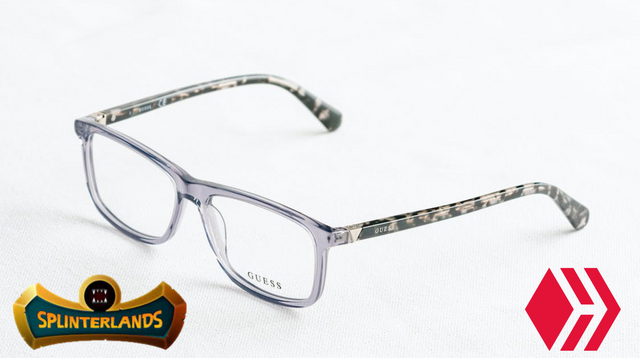 The latest Splinterlands proposal will create a new monster that will be available only to SPS stakers. It is a fascinating proposal that could potentially lead to some improvements in the price of the token.

The proposal suggests that the SPS DAO creates a special promo monster that accounts that will require at least 1000 SPS to purchase. According to the proposal, if you stake 1000 SPS, you will be eligible to buy 1 of the created monster with one voucher that gets burnt.

There's obviously no information about the kind of monster, rarity and other parameters but the idea is pretty obvious. To be honest, I absolutely love the idea and I think it will be a banger.

The entire point of having a proposal system in place is to be able to push ideas to the community and try to implement changes as a community. So, with each proposal that gets pushed forward, I think we're making progress as a community, regardless of whether it gets passed or not.

SPS pumps for sure

At the time of writing, this proposal already has 95% approval from the community and barring some unexpected craziness, it will certainly pass. I suspect that the immediate impact of this proposal will be a minor SPS pump.

Naturally, investors will be looking to get their hands on as many monsters as possible and this will lead to pushing and shoving for monsters. At the time of writing, there's roughly 483m SPS tokens staked, and I reckon we'll be seeing a change to that number when we get closer to the release of the new monster.

In fact, I have a feeling that due to this proposal and idea still being relatively new, people haven't actually gotten a chance to respond to it. However, we'll start seeing changes as the days go by.

Another reason why I expect SPS to pump is due to the timing of this proposal. At he time of writing, there's some smart money being pumped into the system, with the crypto market experiencing minor relief through the process.

Investor confidence isn't as high as it used to be but it is also not at rock bottom either. We'll be seeing this reflected in the price of SPS tokens as people will be looking to get their hands on more SPS to get this monster.

Naturally, the number of SPS in circulation will greatly reduce since a lot more will be staked and this reduction in supply will reflect positively on the price of the token.

Nothing is written in stone though because despite the quality of the proposal, the success is heavily dependent on the execution. Will the monster be awesome? How rare will it be? How will the community perceive the said monster and will they think it is worth the stress?

I'm sure investors will also be asking themselves these questions and the part of the Splinterlands team in charge of designing monsters will have their work cut out for them.

I don't think it is a make it or break it situation but I think for SPS to pump, the monster has to be worth the stress.

According to the proposal, the main aim is to use this avenue to show the community how much power the SPS DAO has. It is also to let the community know how much influence their votes are and the value of being part of governance.

The proposal was created after the previous proposal that has to do with staking 28m SPS tokens brought a rather mixed reaction. Time will tell if this is the right move but for the most part, I like the idea of creating a new monster and encouraging people to stake SPS tokens, so I supported this one.

splinterboost
10d
This post has been given a 20.0% UpVote by the SplinterBoost Community Curation Bot.

I already voted yes for this one. I like the idea. I hope many new proposals will pop up. The best thing about it it burns 100k DEC to create a proposal.

This is a nice proposal but sps needs to do more

100% of the rewards from this comment goes to the curator for their manual curation efforts. Please encourage the curator @bhattg by upvoting this comment and support the community by voting the posts made by @indiaunited.

This is a great idea, for sure. A legend or an epic card with desirable abilities would be good. But if the team decides to make it common, that would be brutal. 🤣

Considering the amount of SPS tokens in existence, I doubt it will be of high rarity. I expect an overpowered common monster

Genepool did the math on his proposal and the amount of bcx that would be printed was over 400k. It surely will be a rare or common. Prolly a common.

with promo cards our gaming experience gets even better