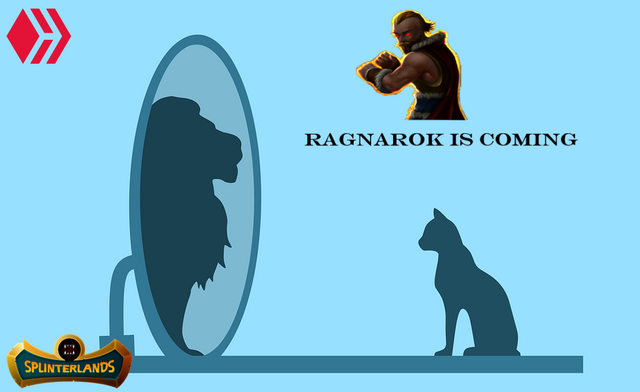 I am pleased to say that Hive started the year strong. Actually, this is pretty much the same way we closed 2021, and all we're experiencing is more of the same.

There are so many awesome developments coming to Hive this year and one of them is barely three days away. The details about the Ragnarok NFT drop have come out and now we just hope it turns out well.

The Current price of Hive today and the days leading up to the snapshot on the 6th of January will be a reflection of activities surrounding the Ragnarok airdrop.

Still on the topic of the airdrop, some of my questions had already been answered during the AMA session that was held 15 hours ago. You can get answers to a lot of the questions on your mind.

According to the Ragnarok team, the game has been in the works for about a year and they're 80% done. So if we're going by that work rate, we could probably have a finished product in two to three months.

The airdrop is going to be simple as well. According to the devs, there will either be 33 million NFTs or 3 million NFTs.

Assuming there are 33 million NFTs dropped, we'll receive at the rate of 1 NFT per 10 hive and if it is 3 million dropped, it will be a 1 NFT per 100 drop. This is a rough figure of course and it could actually be 17 hive and 170 hive needed respectively.

So to ensure you qualify for at least one NFT, you should have at least 200 Hive. You also don't have to power up the hive though. Either liquid or staked hive qualifies you for the NFT airdrop.

The game is scheduled to be a strategy game like chess. Each battle could last anywhere between 10-40 minutes, so that will be interesting.

The Ragnarok snapshot is at the top of everyone's minds these days but there's also something else that's coming in a few days' time.

I have not seen this level of excitement in Splinterlands for a long time. There's an obviously strong desire and a lot of completion in the game these days, so everybody is fighting for their place in the metaverse.

At the time of writing, there are only roughly ten days left to go until the general sale starts. Assuming SPlinterlands credits wasn't a stable asset, the price would have been tipping over the scale by now.

Best of both worlds

The best way to ensure you get the best of both worlds is to manipulate the market behaviour to your favour. So, assuming you're interested in both Splinterlands and Ragnarok, you could work out a symbiotic way to navigate both the airdrop and general sale.

As we get closer to the Ragnarok NFT airdrop, the price of Hive will almost certainly moon. So what you need to do is hold liquid hive and wait for the snapshot.

Immediately after the snapshot, convert your liquid hive to splinterlands credit at the prevalent price of hive at the time. My guess is that you'll get maximum value for money like two seconds after the snapshot because a decent chnk of hive will be instantly dumped afterward.

So this scheme requires one to stay online and watch the time tick. Immediately the snapshot is complete, swap to Credit through Splinterlands and you'll be getting maximum credits for your Hive.

The unclaimed rewards will be absorbed back into the game and used as rewards. The game is also going to be a community-managed project, so NFTs also give you some governance powers to vote on proposals and stuff.

If you want to participate, all you have to do is hold Hive in your hive wallet on the blockchain. There was no mention of Hive in exchanges, so I reckon any Hive over there is exempted from the airdrop.

The more hive you hold, the more NFTs you'll receive. The claiming period will span a period that is long enough for everyone available to participate by claiming their airdrop.

After that, we'll wait for the full game. Before the full game is released, there will be a test version available I believe.

We're starting the new year strong and I hope it sets the tone for the rest of the year. There will definitely be ups and downs along the way but that's just part of the game.

Many hive predictions put us anywhere between $5 and $50 for the year and I'm excited about any of them. It feels like we're on the path to a glorious future, only time will tell.

@belemo are they snapshotting liquid hive or staked hive in the airdrop??