Hmmm... is that why the economy isn't working? 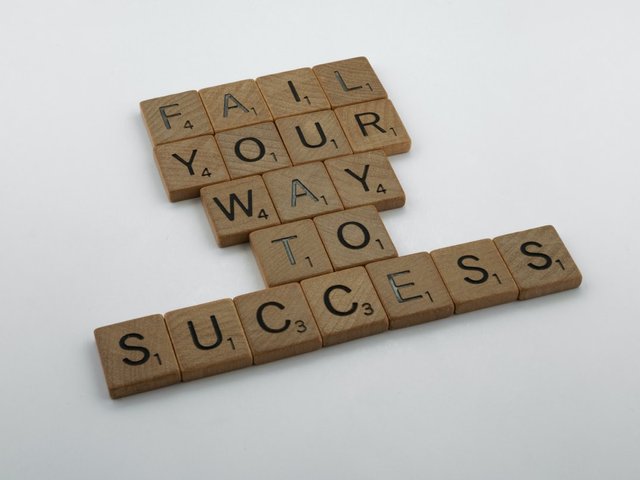 Well... it is pretty clear that the lived experience from those who make economic rules and those who have to actually live and abide by them (you can dodge that and play a different game if you have the resources...) is quite vastly different and out of touch at best. This is a big problem, as the disconnect between the rule-makers and rule-followers means that there is going to be difficulty in getting public good works accepted and done as the trust in the system is lost.

Now, I'm going to just stake out my colours at the start. I do believe that there is a place for government and centralised entities, but I ALSO believe that there is value in decentralised and private entities as well. What I DON'T advocate is that government or private enterprise (or centralisation/decentralisation) is the root of all evil and that it should be one or the other. There needs to be a balance, as there are some things that are better done locally with a shorter time-frame, and others with a longer time frame and in a larger group.

The problems occur when you use the wrong tool for the wrong purpose... and part of that has definitely been the idea that governments SHOULD be run like corporations and companies... they shouldn't, and that is their inherent strength, to look beyond profit and the immediate, to focus on longer term structural public goods and goals. Meanwhile, on the other end of things... well, when we place too much trust on decentralisation and private enterprise to solve EVERYTHING, it is no surprise that they don't build robustly for future shocks and for public good. Let that also be a lesson for crypto... economic incentives and decentralisation is not the cure-all to every problem... some problems, yes, not ALL problems.

So... two things happened recently to make me think that the disconnect is really out of whack... and that means that trust is the economic and social systems is being eroded.

The first is the Australian reserve bank governor suggesting that large wage increases should be put on hold or limited due to the rampant inflation. Now, to be perfectly fair, there was a great deal more nuance than the headline... but the headline is what most people will read... if even that. The suggestion that wage increases should be less than half of the expected inflation figure is pretty galling to workers who have had wages stagnate due to the profits going to shareholders. As one commentator pointed out, during times of low inflation, it was suggested that wage increases were unnecessary (no higher prices...)... and when inflation is high, that wage increases would further fuel inflation! Talk about a no win situation... and this is in an atmosphere where executive positions pay themselves stupidly high remunerations (usually decided by other executive-like people)... and most of the workforce mark time and don't do much to contribute to society anyway.

The second was a recent message that I received from an employer... which pretty exemplifies the crappy "we are in it together" idea that salaried and well-off people would banter around. We aren't... you are shitting on the rest of us!

The message was that it was STRONGLY recommended (no longer mandated) that we test ourselves for corona regularly and if we tested positive OR had flu-like symptoms... that we remove ourselves from the work. So... if you test positive or feel funny... remove yourself, with no compensation for doing the RIGHT thing. Remember, that most of us are casual... no work means no pay. Of course, for people with salaries, no work means still getting paid... and in some cases, no work is the normal course of events anyway!

Of course, I will mention that I WILL do the RIGHT thing... because, if I get sick... I can afford to lose the work... but I DON'T want to take the rest of my colleagues down due to the concert being cancelled. But this is a play against a person's morality and sense of social contract... which as I mentioned, is more and more eroded with each breach of that social contract from the other side.

So... at this point, I'm a bit confused as to why the vast general population SHOULD adhere to a social contract that has so far been all one-directional? The time is here for change... what will that look like? Who knows... but I know that this current incarnation of the social contract is failing due to some pretty hideous abuse from the "betters".

I can also be found cross-posting at:
Hive
Steem
Publish0x

Ledger Nano S/X: Keep your crypto safe and offline with the leading hardware wallet provider. Not your keys, not your crypto!
Binance: My first choice of centralised exchange, featuring a wide variety of crypto and savings products.
Kucoin: My second choice in exchanges, many tokens listed here that you can't get on Binance!
FTX: Regulated US-based exchange with some pretty interesting and useful discounts on trading and withdrawal fees for FTT holders. Decent fiat on-ramp as well!
MXC: Listings of lots of interesting tokens that are usually only available on DEXs. Avoid high gas prices!
Huobi: One of the largest exchanges in the world, some very interesting listings and early access sales through Primelist.
Gate.io: If you are after some of the weirdest and strangest tokens, this is one of the easiest off-chain places to get them!
Coinbase: If you need a regulated and safe environment to trade, this is the first exchange for most newcomers!
Crypto.com: Mixed feelings, but they have the BEST looking VISA debit card in existence! Seriously, it is beautiful!
CoinList: Access to early investor and crowdsale of vetted and reserached projects.
Cointracking: Automated or manual tracking of crypto for accounting and taxation reports.
Poloniex: One of the older regulated exchanges that has come into new ownership. I used to use it quite a lot, but have since stopped.
Bitfinex: Ahhh... another oldie, but a goodie exchange. Most noted for the close affiliation with USDT and the Basic "no-KYC" tier!

Congratulations @bengy! You have completed the following achievement on the Hive blockchain and have been rewarded with new badge(s):