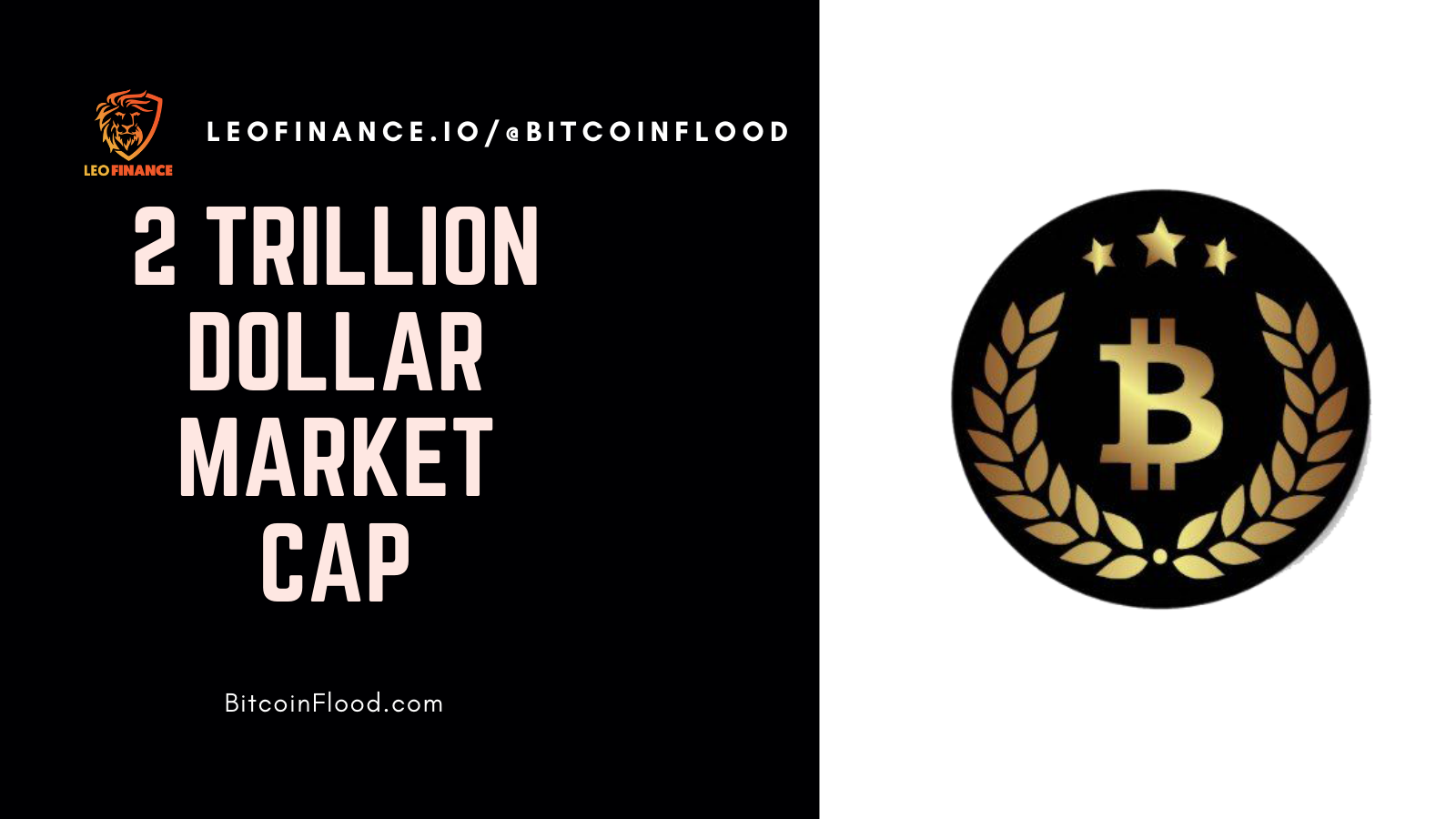 For years we had hoped to hit a 1 trillion dollar market cap within all of crypto. We fell short of that in 2017 and it wasn't until this year we finally saw it happen! Just a few short months later that market cap doubled to 2 trillion which now puts it at about 20% of the capital that's invested in gold right now.

Bitcoin is holding strong at over a 1 trillion dollar market cap. I always felt like we belong more so on the 40k level for bitcoin but we are now far from that. So what's fueling all of this and holding these higher levels?

It's a combination of a lot of things in which I'll go over next. What's important is to keep on top of these things and also deep dive into any new features crypto offers in the future.

DeFi or Decentralized finance is a blockchain based form of finance that does not rely on any central authority such as a brokerage, exchange or bank. However we are starting to see banks trying to inject themselves into these systems by picking up stable coins such as USDT and USDC.

Platforms like CubDeFi.com offer a quick and easy way to swap and stake crypto for a small fee. No middle man just quick conversions which is what crypto is all about. Speed and the ability to move funds from one place to the other within minutes instead of days like transitional means.

In short they are tokens minted into the blockchain that are one of a kind and have full transparent backing to show proof that this is in fact the original. These have fueled millions of dollars in transactions. However they are starting to show to signs of slowing down as the fade is starting to fade out. That could quickly be ignited again via a famous artist or a cool new feature. I know movies and music artist are starting to venture into this territory and when we see fees reduced here in the coming months we could again see a major rally in this sector.

Demand for desterilization are on the rise. While platforms say or think they are decentralized I haven't run into a single one that is truly decartelized as of yet. While there has been good progression towards this it's going to be very difficult to have a fully 100% decentralized platform. In any case 2020 showed us why we need these new forms of platforms and many people became fed up and continue to become fed up with the current social media platforms they are offered. We saw many accounts deleted, new details of how Instagram and others are spying on us, using people as commodities and selling our information and so on.

It's going to take a while for us to finally get away from these platforms but the moment has started. A lot of focus is now on crypto blockchains and social. It's a big reason why I hope we see Project Blank here from leofinance soon before another platform steps in or the demand of it starts to fade away before it's too late. Make no mistake to make Project Blank a success it's going to require a TON of work from not only the devs but also those using the platform.

What other factors do you feel are driving this rally?