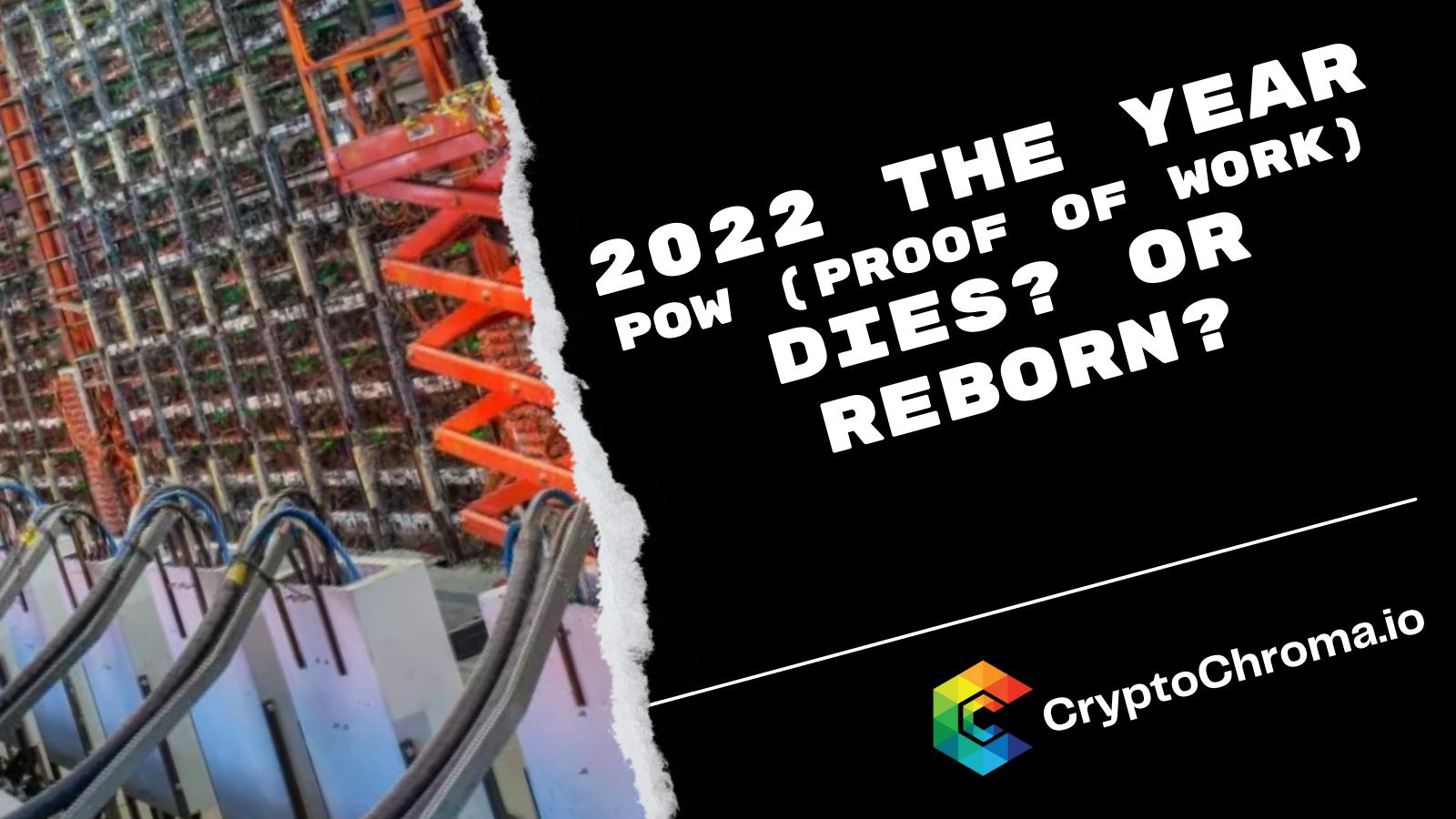 2021 saw a pretty big battle of popular voices and even some old in the crypto field talking about energy usage of older blockchain systems such as Bitcoin being PoW system or Poof Of Work. With the boom of NFTs and the talk of not real ownership but instead just getting a link that shows the digital image that's not actully on the blockchain including the massive amount of power usage and pollution generated from it does beg the question if proof of work blockchains are outdated now and need to go or not.

What Is Proof Of Work?

PoW or Proof of Work is a crypto blockchain that uses calculations done by a CPU, GPU or ASIC computer to calculate blocks to determine that the block and the transactions within it are legitimate. It is a decentralized consensus mechanism that requires a random miner to mine and confirm that block (but is often done now within pools as the chances of landing a block mining yourself are so low it's not cost effective to do so) It's a trustless system that offers secure transactions from Peer to peer transfers.

This sounds great but it does also come at a cost as more power needs to be creased to not only create the miner chips but keep them running and the systems cooled off. It's actully become a very wasteful system. While I don't follow behind the whole it's negative effects on the environment because those power systems being created because of miners is providing infrastructure, power and income to those countries that house it. There's big positives in a way to emerging countries because of Proof of Work miners.

Just a few years after Proof of Work was launched we saw a new form of security for crypto in that of Proof of Stake which greatly reduces the need of power. Now a very basic 30 watt mini computer could mine a block if it was picked by staking it's crypto and locking it up.

From there we then saw delegated systems such as we see here on Hive. Now we are voting on just a few systems to mine and keep everything operating.

We are starting to see more newer blockchains move towards these types of systems but it also begs the question if there will soon be a new and better version that hasn't been thought of yet? What might that look like?

One thing we can thank governments for is shutting how large bitcoin mining operations. It's a funny way of looking at things but as more large mining farms come off line it actully opens up the chance for more mom and pop and solo miners to start getting back into the game. The entire point of bitcoin was to have everyone mining it with their computer so you now had millions of people mining it instead of being reduced down to a few large companies. Not only is it better for security but it's also better for decentralization. In a way this could be looked at as the reborn of PoW if large mining farms are shut down.

Do yourself a favor and looking up crypto mining on google images. You're going to get blasted with some crazy stupid mining rigs that just prove you're never going to be able to compete and take part if what you should be able to take part in.

What are you thoughts on the Proof of Work Blockchains?

Proof of Work systems just have some forms of limitations for an average user. With the 2021 chip shortage resulting in scalping of GPUs and consequently highly expensive systems to operate proof of work farms, it isn't feasible any more. Added to this is the long period one needs to wait to recoup investments on PoW systems as currently mining may not be as rewarding as it used to be, especially for small users.

So, at this stage, PoW may be left for bigger individuals and institutions. Proof of Brain and Proof of Stake as well as Proof of View systems look more promising with very little barriers to entrance for an average user.