We hit that threshold on bitcoin and now every other crypto is being effected by it.

A market can only go up for so long before big players start to cash out. It's the same cycle again and again. The question you should be asking yourself now is this the time to buy in or not? 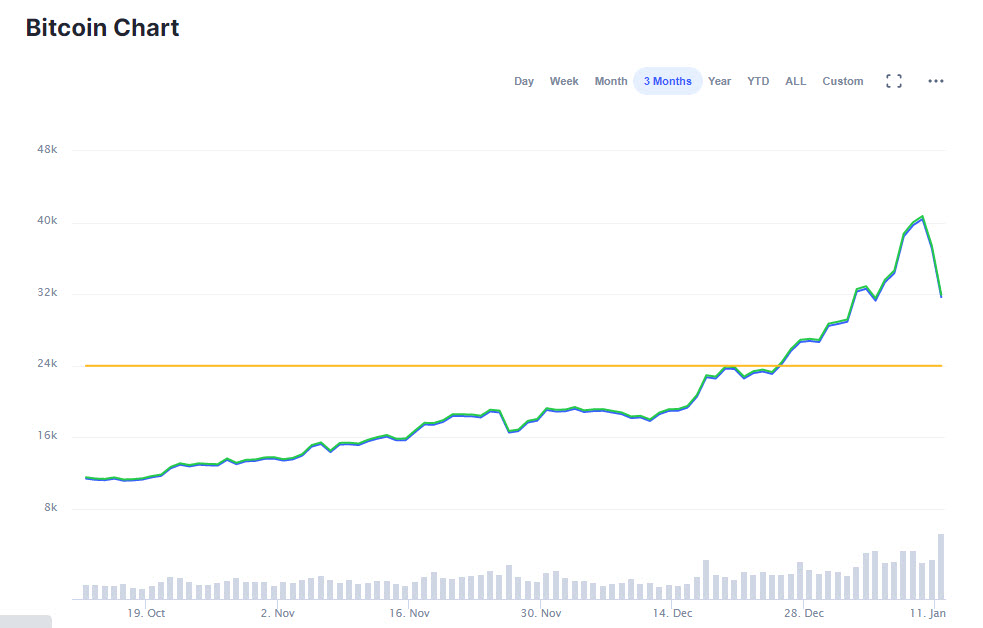 If history repeats itself as of 4 years ago we should be in for some wild up and downs here for the next few weeks. I'm talking a fall in bitcoin price and a gain in bitcoin price by $10,000 or more! Repeated over and over again as whales continue to take massive chunks and gobble up even more.

The real downfall of bitcoin and really any crypto is there is only a small fraction of people who hold a majority of it. Because of this they honestly can manipulate the markets by triggering flash crashes and periods of FOMO that drive the price up.

As of right now writing this the market for bitcoin is down nearly 18% this erases all gains as of the last week. However right now at this point we seem to be bouncing back and forth on the trades and holding steady around the $31,000 mark.

Personally I feel the retraction should be back further to about $27,000 but I don't think we will hit it on this sell off and now might be the time to grab some up for a short term gain.

If you look back three years ago bitcoin mirrored this same thing. A massive quick spike followed by rapid ups and downs of $4,000 for a few weeks and then a VERY hard crash that took 3 years to come out of.

So what's your play? Dive into bitcoin or sell it off?