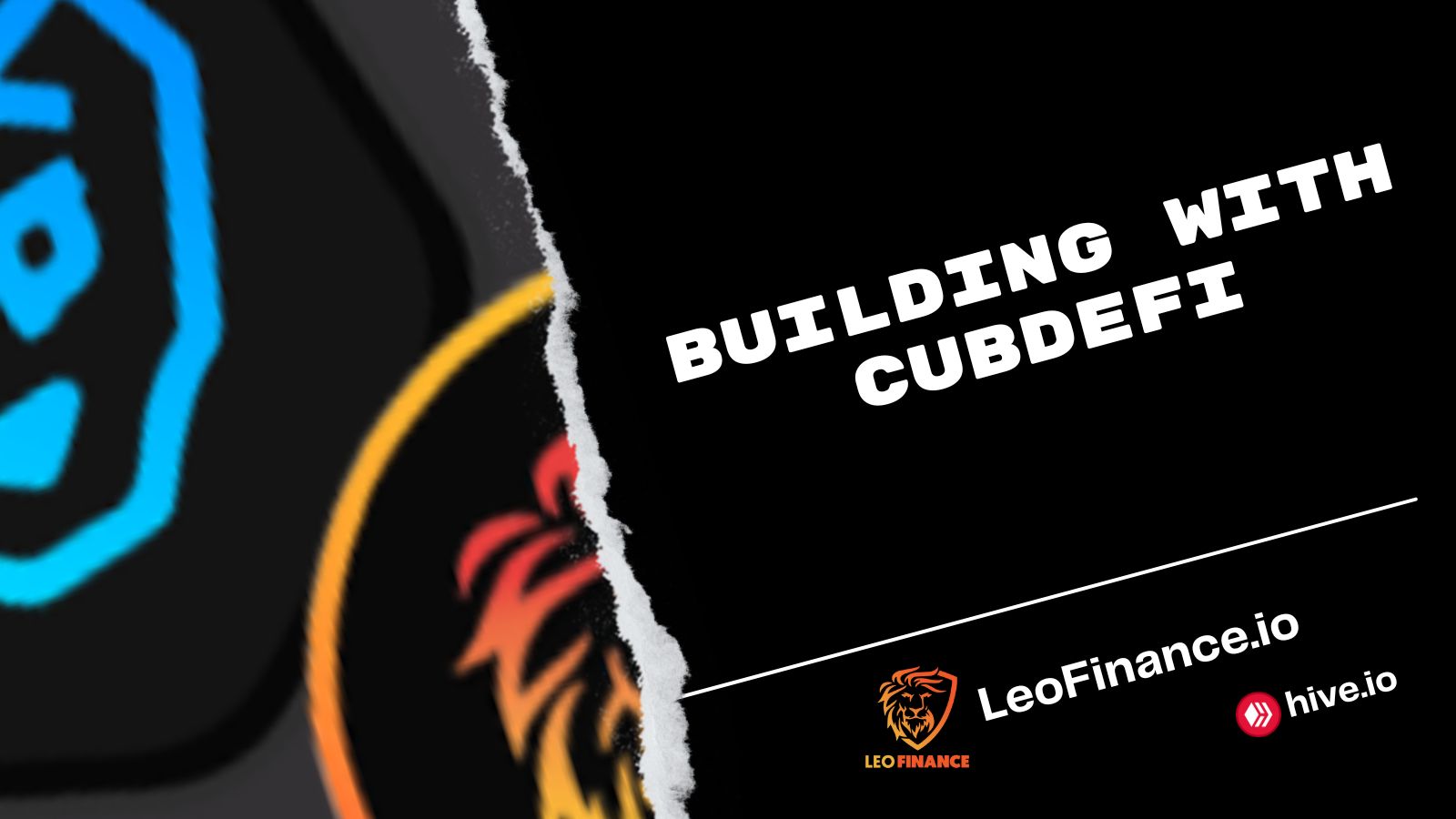 Let's be honest CUB has been through the ringer. It's release was at the height of defi and tons of hype war around it. Not only that but it was one of the first to get in on Binance and not ethereum offering up lower fees when Ethereum was costing $50+ per transaction.

One thing I would like to point out is CubDeFi has been around for a long time. They continue to develop and work towards making the platform as robust as possible as well as innovative. I think that in itself speaks huge volumes about the company and the platform.

The Launch and LEO

CubDefi was launched at the prime time. DeFi was just starting to get attention and well to be honest it was a cookie cutter site of the other 300 DeFi applications that would launch that year. LEO token exploded to $1+ as news circled around a airdrop of CUB tokens to LEO holders.

Then came the launch of Cub and it did rather well. At least until the entire DeFi networks started to come crashing down and with it all of the crypto. Slowly over time this has sunk Cub to record lows but the important thing to note here is it's still around unlike 80% of other DeFi platforms.

Kingdoms were a new addition to CUB and offered up the ability to stake cub and other cryptos in exchange for a APR. The benefit of kingdoms was the ability to set it and forget it. The automated contract would auto reinvest your earnings in exchange for a small fee. This fee helped offset the amount of cub being printed daily and when CAKE was in the mix Kingdoms held CUB up very well. However with the change of CAKEs DeFi platform one of the largest sinks for CUB had dried up and for months nothing replaced it further decreasing the value of cub as more and more kept being printed.

The newest advancement with CUB is the introduction of HIVE assets. Which feels like the smartest move. The largest amount of people using CUB at least at the start were those of the Hive community and that's starting to show.

These new farms use a wrapped version of hive assets such as BHIVE for Hive and BHBD for HBD which can be converted via the wleo.io bridge These assets then get pooled into Farms where they are earning 30%+ APR.

It's going to take some time for CUBs price to pick back up and that's ok. At the moment the system is burning a ton of CUB and has I believe as of last burn report become deflationary. This means we should start to see an uptick in price of CUB which should start to bring in more hype from people to get involved.

It's crazy to think now that CUB pushed past the $11 dollar mark during the first 48 hours after launching... eventually price will recover to at least $0.40, in my opinion.