Coinbase, Markets Drop and The State Of The World 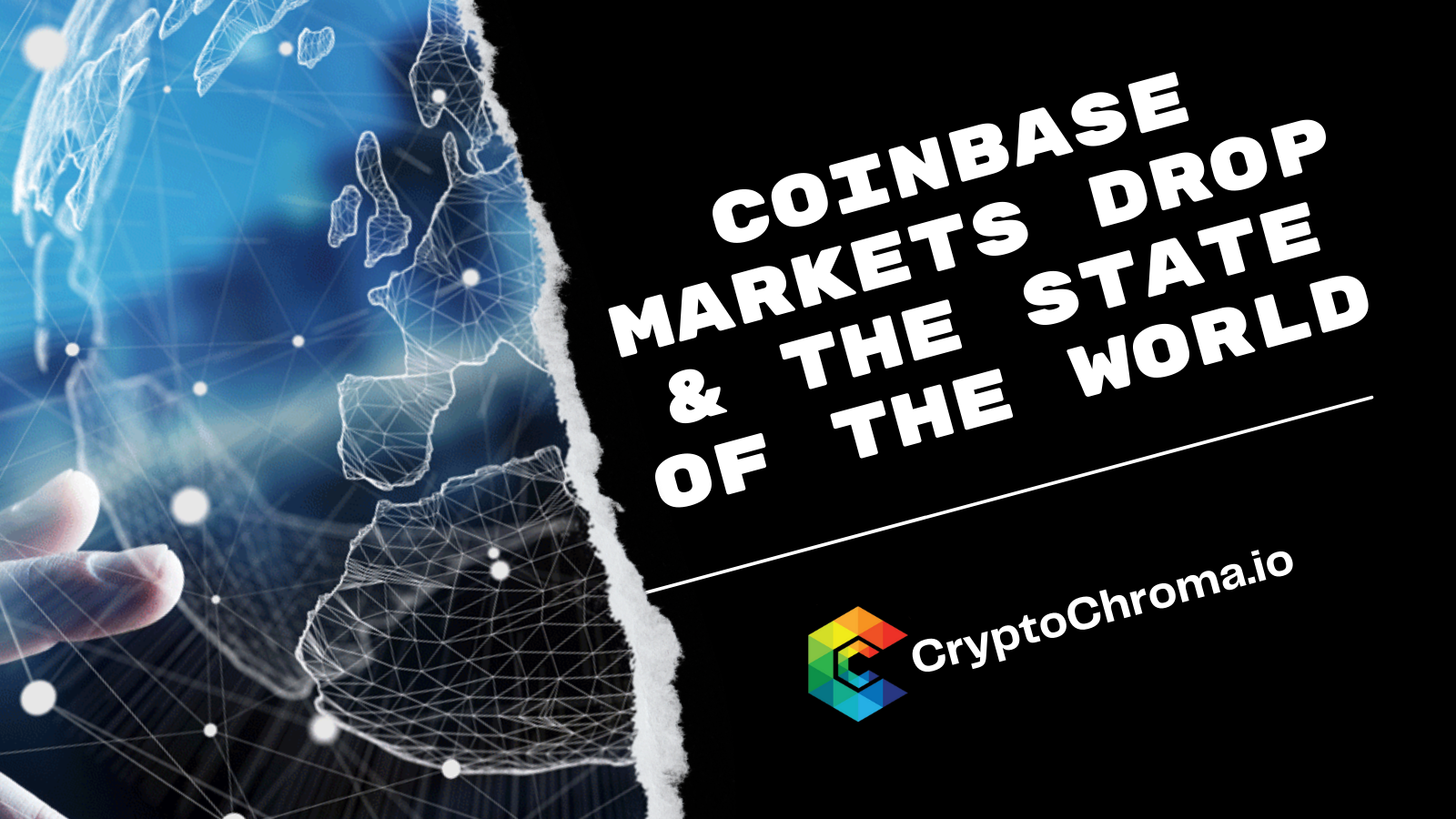 Coinbase, Markets Drop and The State of the World

As we all know the markets have dropped big time but that's something we should have been expecting for a very long time. The age of stagflation most likely is here. A stagnate economy globally and inflation at the same time. This only happened in 1970's Stagflation is higher inflation, economic growth rate slows and unemployment remains steadily high. All of these are things we currently have and have had for a while now.

After the SEC decided to attack Coinbase over their new asset to offer loans and commissions to people the SEC has shut that down. You know because only banks they can control are allowed to do that and every day people can't tap into this. YAY way to go SEC protecting the people (very sarcastic tone)

With Coinbase pulling its product from launch it goes to question what about other platforms that pretty much offer this same thing already. Platforms such as Celsius, Blockfi and CryptoStudio even Defi. Where do they play into all of this and how are they still operating at the moment?

The markets have taken a beating because of this. As we saw crypto was the first to react and react hard to the news. It's why things can change while you sleep as crypto is traded 24/7 the way it should be not some limited window of set hours like the stock market. This almost gives you a jump now on what the stock market most likely will do a few hours before it even opens. Cryptos a crazy funny thing like that and I love it!

This yet again is from news out of China, yeah you know those people that want nothing to do with crypto and also banned mining the cryptocurrencies out of their country. Yeah that lame country and for some reason people still follow and think they are the center of the world. I hate to tell you this but China is drastically losing power in all areas and because of it they are starting to issue threats to invade other countries. Why? Well what a great way to get a country out of recession than going to war. I mean it's been done time and time again.

The State Of The World

The worlds still for the most part in lock down and because of that long period of time I personally believe a large group (not everyone) got a hard reality check about why they work so hard and don't instead spend time with their family and loved ones and enjoy it. Realizing that all those other things they kept buying where just sad attempts to fill gaps. This has caused a HUGE shift across the world and I personally believe it's forever changed. Work itself will be drastically changing.

I believe personally that the economy is going to remain slow and slow for a very long time. In fact what we are seeing happen on a faster rate is governments taking as people just give up and let them do whatever for the most part. I think people are burned out and of the traditional working your butt off while everyone else in mega corp land gets rich off of you. And thus we will remain to have a very poor workforce for a while until some benefits are returned to people.

Hear me out, Imagine working your butt off for a company and then covid hits. They shut down you lose everything. You also lose your pension and they wont match your 401k anymore. You start thinking to yourself well what the hell is the point.

Instead you can make more money playing games and crypto as much as governments try and fight it I firmly believe that DeFi and crypto over the course of years will be one of the largest transfers of wealth. I don't believe they will shut it down. It's one of the sole methods for having a global economy right now with everything in lock down, shut down and people just not really caring to do those things anymore.

Of course I could be totally wrong but those are my feelings towards the whole thing. What are yours?