dCity Has Grown Yet Again!

As you might remember I set out with the goals here in 2021. One of those related to the game dCity with a target of buying 5 buildings per day from SIM and 5 from HIVE. So far we are looking great and on track. Let's dive in. 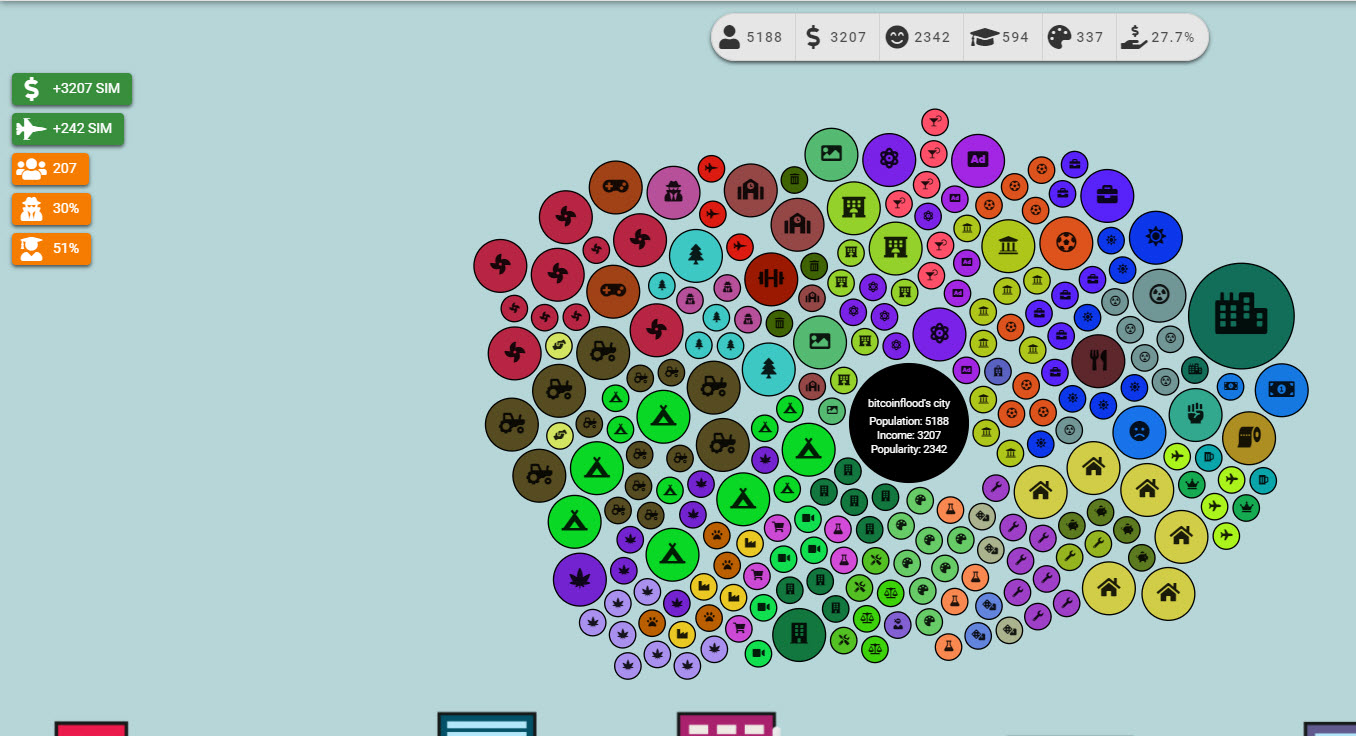 Today we have some rather high taxes which puts SIM income at 3,207 per day. With some war tax to kick in as well at 242 SIM from the 3 military complexs I now have.

Thins brings todays total to: 3,449 SIM per day roughly or 4 cards I can buy with sim per day. Just about there! I have a feeling by this time next week we will be good to go on 5 per day from SIM itself.

The other added benefits are that I now have a good sized population at 5,188 this puts me in the rankings for HIVE each day. Roughly 0.411 Hive.

Tech is currently at 14% well on our way to hitting max here at 25% which is another goal for the city.

Creativity is at 4% but honestly I'm not focusing on this one at all it's more passive at this moment I don't see the benefits of it besides some flashy game stuff.

We currently have a 30% chance to get new citizens every 2 hours with a 51% chance to train them into productive members of the city ;)

So what are the plans next?

This time next week to be at

I'm actually pretty pumped to see what's next and how fast we can start growing this thing. The only thing I question about this game still is SIM and how much of it gets produced constantly. To me there needs to be more sinks for SIM otherwise the market is just going to be filled with way too much SIM rendering the game useless at that point.