Ethereum Is Looking Good To Skyrocket Here's Why 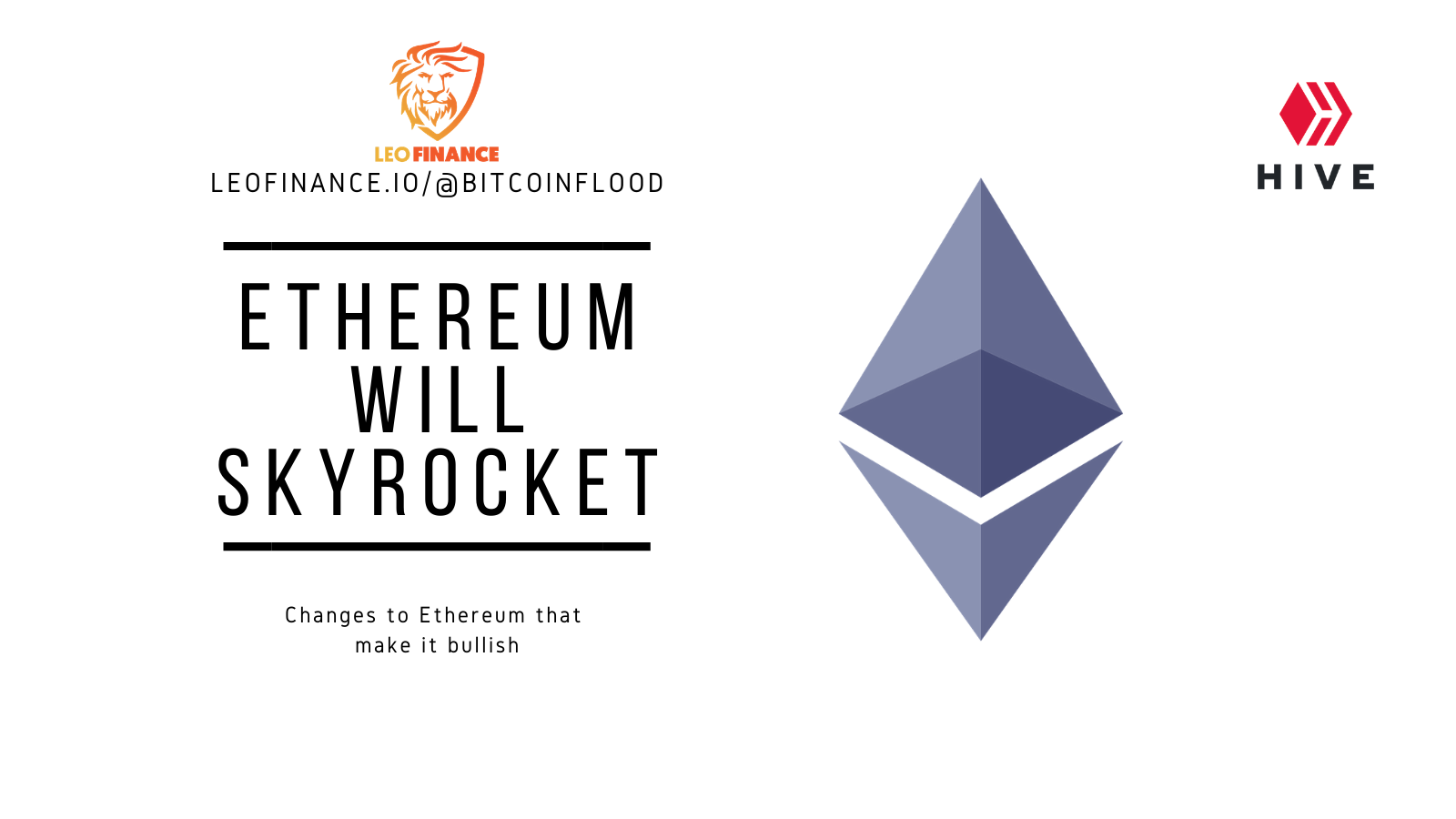 Ethereum has been primed for a while now to skyrocket in price. With NFTs backing it up and still being all the rave along with the thousands of platforms that use the Ethereum blockchain it's good to go for a rally.

There's been on thing holding it back and as of today that seems to have subsided and with it a refresh rally for the crypto currency.

What Was Holding Ethereum Back?

EIP- 1559 was holding back Ethereum you can read the full details on it here...

In general this update is to remove miner rewards and burn extra Ethereum crypto thus reducing the supply of it. This along with everything else is a catalyst for a major rally.

I don't think you could look for better signals than that.

April 1st was a rally call for Ethereum miners to attempt a 51% attack on the network because they were ticked off about the removal of the high fees.

That day has come and passed and with it not even close at all to a 51% attack.

EIP-3368
This is a proposed EIP starts with 3ETH and drops it by 0.25 every quarter till 1 ETH over a 2 year span. It's unclear if this will be implemented or not but if it is it would provide a bit of a buffer to miners instead of the hard cut off. It also would most likely be deployed along side of EIP-1559

So far expected April 14, 2021 is the Berlin mainnet launch. While that's the date currently of course it could change by a few days depending on how fast blocks get mined. Normally we see a bit of a slow down as things start to chain over thus it would push this date back. However is more and more people mine it instead speeds it up for a bit till the blockchain can recalculate.

This upgrade to Berlin will include the following

While most of us will not even notice these changes they are geared to help smooth out the system and make it more efficient as well as starting to prepare it for other future changes such as EIP-1559 which we should see some time around August still a while out.

OpenSea is one of the largest NFT marketplaces and with it they will be working with Immutable X which will enable their gas-free layer-1 protocol build on Ethereum.

This is going to open up a wave of new NFTs entering the markets on Ethereum and with that trigger some of the biggest buys on the network.

Visa announced a few days ago it will be handling transactions through USDC which runs on the Ethereum blockchain.

All of this put together paints a very positive picture for Ethereum and reinvigorates the markets and demand for it. Upcoming reductions, fees are slowly being removed (one of the biggest slow downs for this blockchain right now) New updates which gives hope that the development of the chain continues unlike many such as Bitcoin.

This is why I believe over time Ethereum holds a good chance of actually kicking Bitcoin out in the dominance race. It wont be this year but 3-5 years down the line I believe it to be true.