Is Cardano ADA Primed For Another Massive Jump? 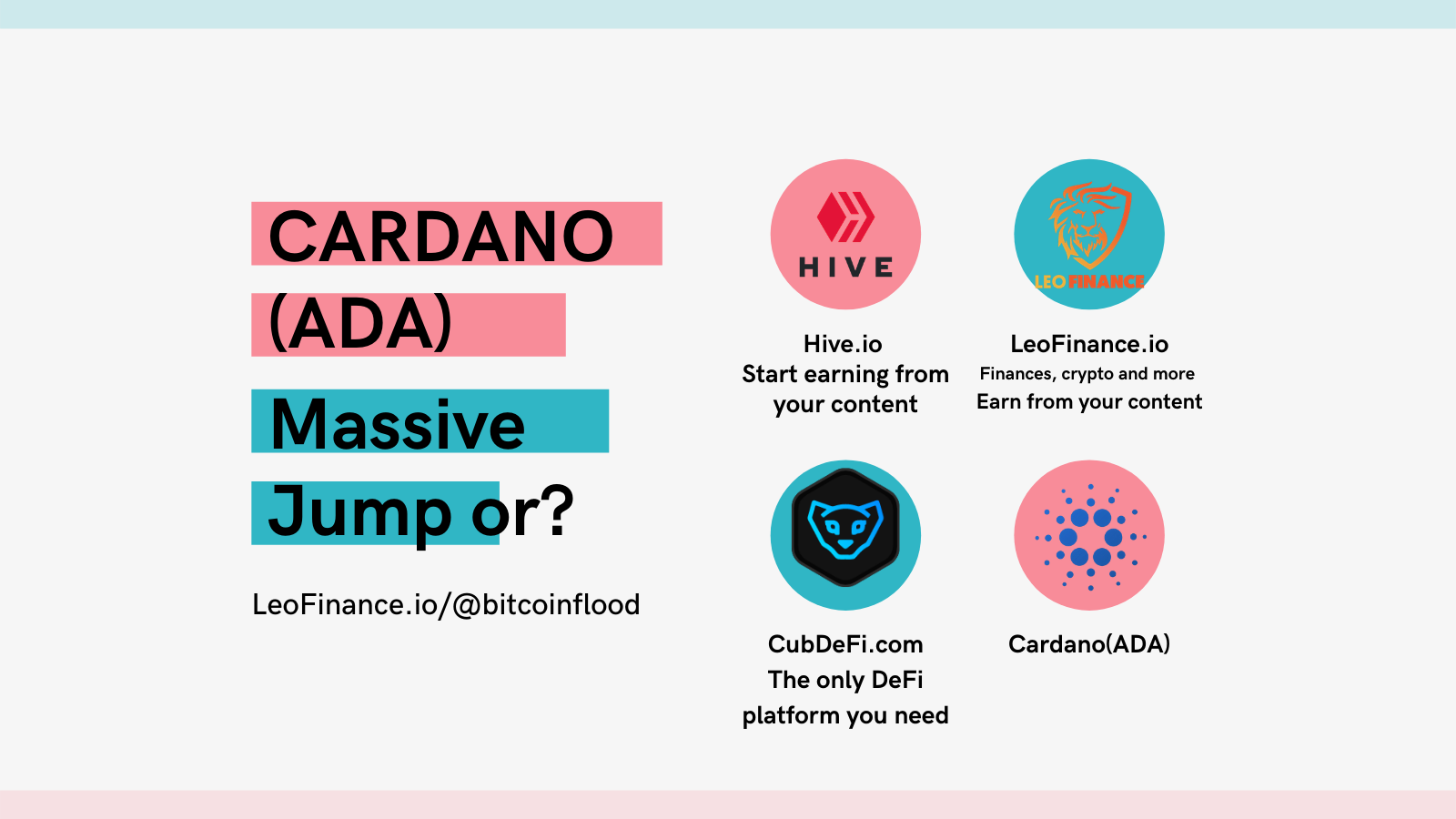 I first wrote about Cardano back when it was around $0.80 just before it's first jump. Since then it's been holding rather steady around the $1+ mark. When I wrote about it I talked about it's ability to start taking on NFTs which so far is not showing any signs of slowing down.

The NFT markets are booming and more marketplaces, artists, music, collectables etc are skyrocketing. The next move is the movie business coming into NFTs. (Lets be honest though the movie scene as of the last few years has been a seriously huge lamefest. I can't remember the last time I was excited to watch a movie)

For the most part NFTs are centered around JPEGs, GIFs, audio and video. Video is starting to take center stage now in the form of looped artwork that can be hung within a digital art frame. These pieces I believe will be one of the next evolutions to artists.

At the moment Cardano is attempting to get marketplaces sites to switch from using ETH to move to Cardano. A play which I feel is a little ill willed in terms of no piece of artwork should be located on more than one blockchain.

While yes the fees for Cardano are much lower I feel most of these marketplaces understand that a lot of value is held within Ethereum right now and that people don't mind spending $30 - $100 fee when they buy artwork for $5,000+

Cardano might better fit in to move on smaller marketplaces where a bunch of smaller transactions take place.

If however some now Cardano does pull this over we could easily see a quick price increase in the crypto. While NFTs are highly speculative their demand has not diminished and have only grown. NFTs are highly reliant however on artists to come up with new creative works that fetch high demand and push the envelope in creating things people want. Heck the entire art market is speculative is it not?

The biggest holder of this crypto however isn't the possibility of NFTs while it recently was updated to allow for NFT creation we haven't seen any movement yet on that front. Instead it's primary hold right now is the ability for it to be used as a financial service to developing worlds.

The current tech advancements over some other block chains are as follows.

It is a POS crypto. Which means at any given time a decent portion of the currency would be locked up and not liquid. We see this often here on HIVE and LEO Finance. This would put it as one of the first POS systems to run ETFs.

The biggest hold ups however are if it's too late. Ethereum has a very firm grasp on the markets including Market cap, ETFs and a huge host of other platforms that use Ethereum. Unless ADA can start getting it's foot in the door for ETFs this month I have a feeling it could very well be doomed for growth on that front. It needs to act now while gas prices are high before Ethereum takes over again with their updates to negate this which should be only a few months away.

What are you thoughts on ADA does it have time to take action and grow or is it too little too late already?