The Future Of Money - All Digital 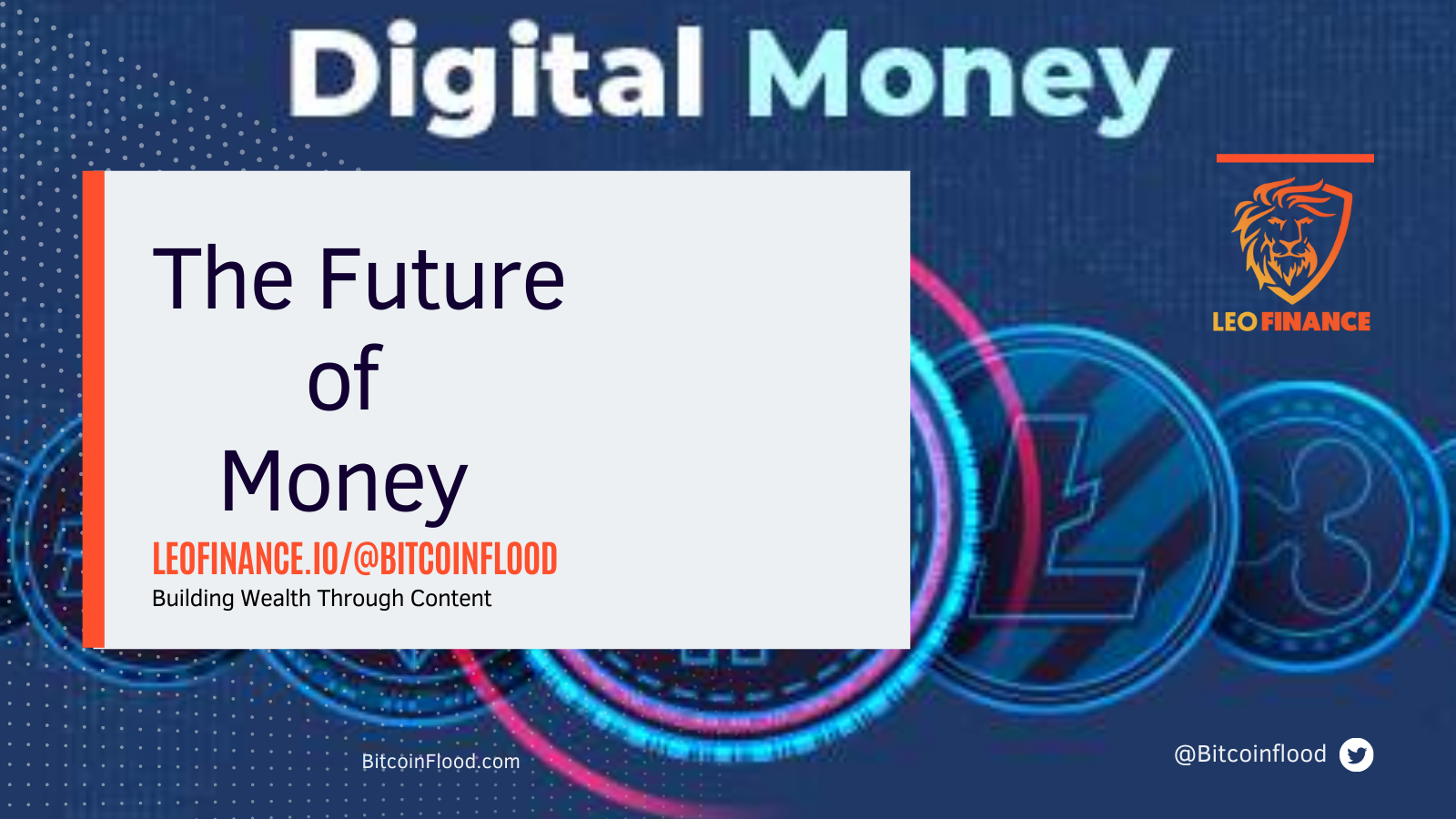 It's a crazy thing when one thinks back on it but digital money was the stuff of movies Star war and The fifth element had credit systems where you had a card and all of your money was on this card in for the of credits.

Just 20 years ago there was talk of a digital type of currency 12 years ago we had the first ever workable solution that could be digital money called Bitcoin. Fast forward to today and we now have thousands of possible workable solutions of digital curreny.

Why The Fed Is Scared

Yes, the Fed is scared and central banks are in a mad rush to invent, secure and launch their own digital currency. It provides faster, more secure and trackable ways to push money into the world. When you think about all of the time, money and resources that go into gold, silver and printing paper money it's an extremely expressive process and one that just keeps getting more expensive.

The Cost Of Physical Money

Imagine all of the jobs lots when you stop printing paper currency, the trucks delivering to banks and stores. The extra security needed to protect these physical assets and the vaults built to hold them all.

When you combine all of this it turns into hundred of thousands of jobs and millions if not billions of dollars in operational costs every day!

I honestly feel like stable coins might be seeing the end of their days here soon. If regulations step in and governments launch their own stable coins it's very possible they take over the cryptocurrency world, start tracking everything digitally and kick stable coins like tether out.

At the moment there is still high risk in stable coins. There's nothing telling us what is backing up those assets to give it their $1 peg and there's also no repercussions of one of these cuts and runs.

It's no doubt that this is a direction all governments will eventually be going towards. However there are massive risks that they still need to tackle before it becomes a reality. In the USA hacking has become a huge issue as governments continue to hack infrastructure as well as other government and none government devices.

This threat needs to be dealt with before a digital currency ever gets fully launched. The government would want FULL tracking on every level and a way to reverse and fix issues if any attack should happen to be successful.

I'm sure we will see the first indications of a government digital currency within the next 2-3 years but a full blow digital currency I believe is still far off anywhere between 5-10 years or longer depending on advancements.

Most likely what the USA will do is learn from others like China who are now the first ones to really do it and put it into action. Allowing them to make the costly mistakes so the USA doesn't have to. It's the same thing in business. You really don't want to be the first company to do something. Instead you want to piggy back off a successful idea and the cost of creating a new idea into action is very expensive!

When do you think we will have a government currency?