The SEC Continues To Postpone The Inevitable 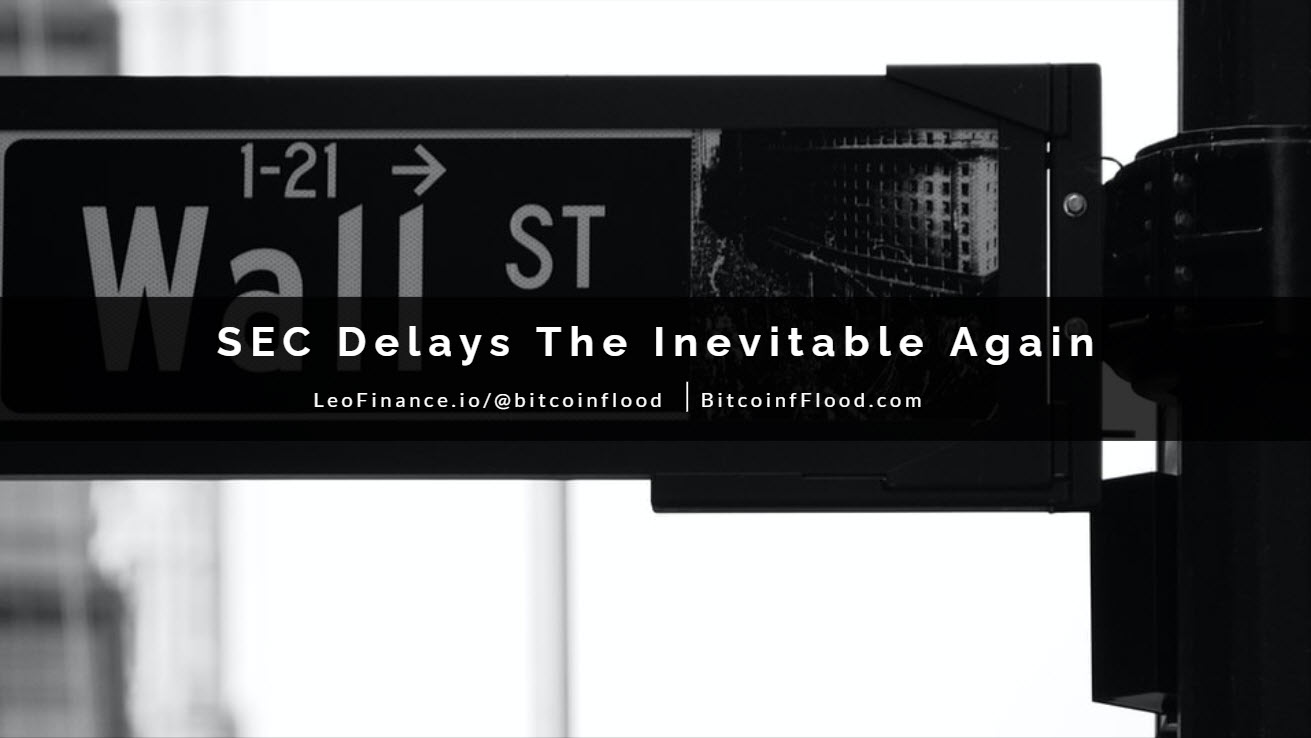 The SEC (Security and Exchange commission) is a independent agency of the United States federal government and was created from the aftermath of the 1929 wall street crash. It was born from the 1934 Securities Exchange Act that was imposed by Franklin D. Roosevelt.

It's job is suppose to be to fight against market manipulation. However this "job" has instead now turned into an attack dog, attorney training and money grabbing agency for the government which no longer has a focus on protecting investors but instead claiming more funds for the government.

The SEC Delays on ETFs

Yet again today the SEC has postponed it's decision to approve the first bitcoin exchange-traded fund. It's calling for more regulation of cryptocurrency exchanges and investor protections. This is something they have been saying and doing for YEARS it's why an ETF etc. need to no longer be sought after and are only holding back the crypto markets.

Their continued delay is a way to continue to hold down markets in which they are scared of. In reality the SEC has no authority to say yes or no to these processes it's not their place. The way around this? Companies are instead releasing bitcoin-related funds and the demand for these is GROWING. Makes you really question this sell off / bear market talk I've been hearing lately.

What Power Does The SEC Have

This continued delay practice is about the only firepower the SEC has against crypto anymore. They are just delaying the inevitable but it's the only course of action they have without breaking laws themselves. A ETF will come at some point one day but honestly it shouldn't even really be looked at and hoped for anymore. There will be far BETTER projects and ways to invest in the crypto markets outside of ETFs and many of them are already here.

Because of this growing demand companies and investor accounts are finding ways around it to get people exposure to crypto. At the moment that comes in the form of mining crypto companies which mine and then sell the crypto for instant profits which is how the stock price of these "mining" companies is found.

What Would A ETF Do ?

An ETF is built for special investors those with large amounts of funds and would impose lower "fees" from the companies that offer them. Too me this is almost old school thinking already as paying a fee for someone else to invest your money sounds like a REALLY dumb idea to me. However many people still do this because they simply don't invest smartly and don't understand how it works. But there seems to be a very real growing interest in taking responsibility for your own future investing as pensions, 401ks and other retirement type accounts have dried up.