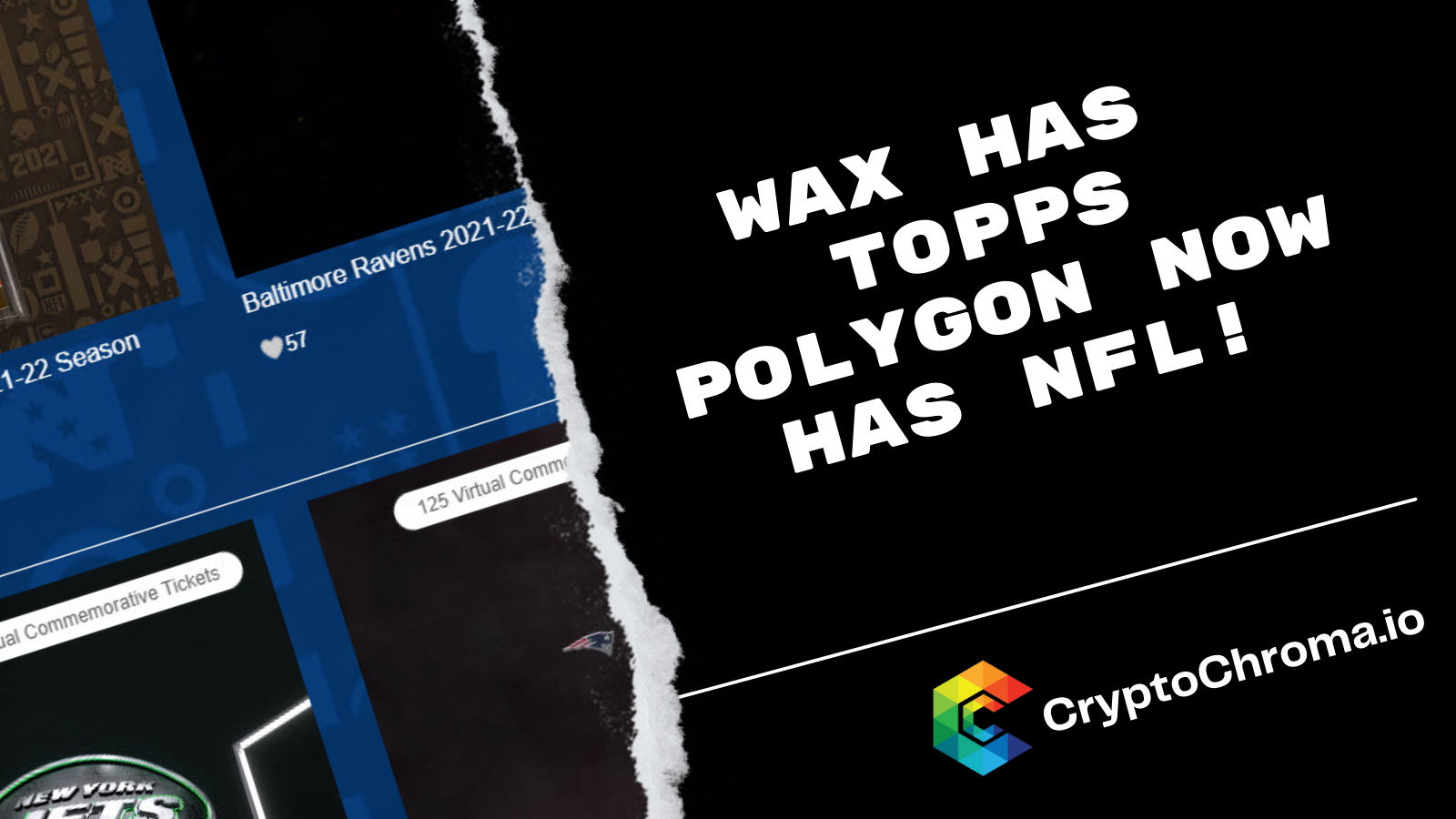 Topps is one of the most popular card collections on the Wax blockchain. Baseball fan base however is smaller compared to that of the NFL. MLB (Major League Baseball) has a fan base of roughly 500 million while the NFL (National Football League) has nearly double this amount. The revenue generated as well has a major gap putting NFL at nearly 3x that of MLB.

The NFL has partnered up with Dapper Labs to create NFTs on the Polygon network. You can view these virtual ticket collection NFTs at https://nfl.live-nfts.com/ the partnership is also with Ticket master and the first to be released is the San Francisco 49ers vs Arizona Cardinals.

These NFTs are given as a commemorative token for those who bought tickets for the game. Emails where sent out on November 18th.

The designs on them however are pretty lackluster if I do say so myself. If you do a side by side comparison between any two teams you'll notice very subtle differences on them. It begs the question about how much effort is really put into these or of it's a simple after thought.

While the above NFTs are ok the NFL has decided to partner with DapperLabs and create a NFT collectible marketplace. This marketplace will be much like the NBA Top Shot product where slam dunks and clips from games are selling for millions!

This should be the same thing we expect with NFL NFTs which should be here early in 2022. All I have to say is if they do one I want to see this play by the dolphins the other week lol