Why HIVE Will Be A Beacon Of Success 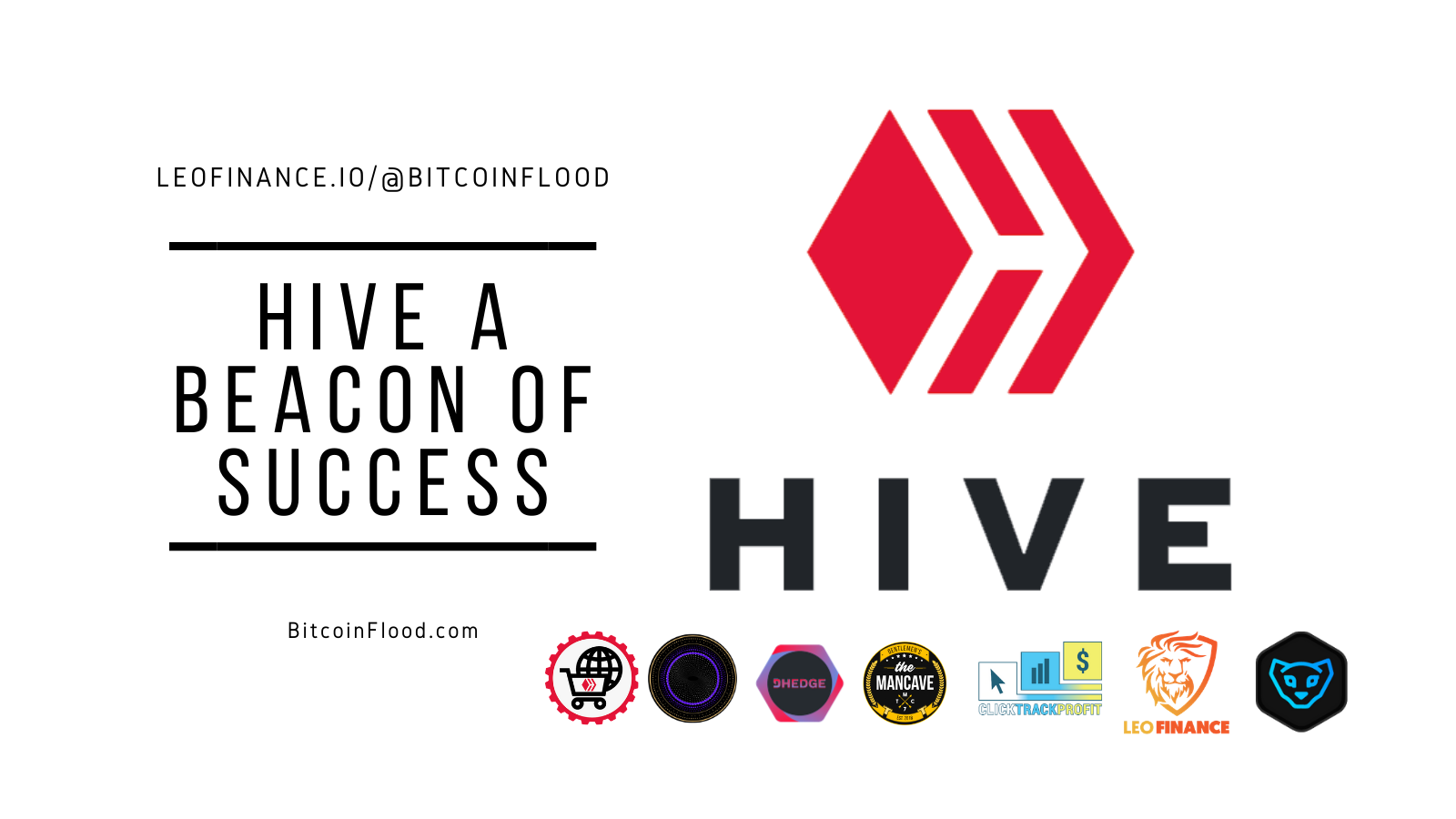 My faith in HIVE has grown tremendously and why I believe it is one of the few block chains primed for massive success over the next few days.

This article outlines a few but there are many others that didn't make the list or simply where placed in as a general overview as part of one of the highlights below.

It's Not Just Hive

One of the best things to happen to HIVE was the ability to create your own token that runs on the HIVE blockchain. We as far as I know owe a great amount of thanks to Hive-Engine and the team there for creating this ability.

What it's done is allowed for ANYONE for a very small amount of money to create, manage and run their own community token run on the Hive blockchain. There are hundreds of these projects currently but only a few really stick out to me.

LeoFinance(LEO) Token offers one of the hottest and most talked about areas of crypto and that's finances. Be it stocks, bonds, crypto trading, investing in projects it's a hot spot of new trending information within the crypto sphere. There are many great articles added to this platform on the daily and I honestly people that soon it could potential be a spot to make sure you release your own press release and either promote it with LEO tokens or buy a bunch of LEO and interact with the community to bring awareness to your project.

CTP Token(CTP) Offers a great community that is a welcoming to business and those looking to start or grow a business. Another great avenue to introduce people to crypto and learn from others within the field. Just like gaming I feel will be one of the biggest ventures to get people into crypto I believe small business would be the next as large business has hoops to jump through.

Other side projects which big unique abilities to the platform such as BRO, DHEDGE, ARCHON, UTOPIS, INDEX, LEN and honestly many others. Are all projects that aim to create passive income to investors. While I'd love to see more out of these "investment" style tokens they only have just started to really move and I see big things happening with them in terms of fueling growth for future projects.

Way back in the day HIVE was simply a cryptocurrency with POB behind it from writing quality articles. It did get abused however we have come a long way since then. With great curators who spend hours locating and highlighting quality articles not just from major players in HIVE but also those who are not well known yet truly giving them a moment in the spotlight.

From there HIVE was brought into gaming through Splinterlands now one of the most popular games but still much much more room for growth.

From there just this year it's been taken into DeFi through LeoFinances efforts and I believe that is only the start. We already know of a social type platform that will be released at some point "project blank" and I'm sure as the price increases and new minds come in we will see even more projects be launched that start giving people real use cases.

Much of the errors of the old system was being surprised by something happening within HIVE it was like pulling teeth to try and figure out what was being built, what was funded and the overall direction of the blockchain. While some advancements and better communication with the community has come forth it still has a long way to go. However progress is progress non the less and I hope to see this continued more.

Whenever there is a large update I hope to see serious press release work done on it. Getting into headlines, improvements and just bettering the entire platform. What's important is that the blockchain continues to be improved and worked on as a stagnate blockchain is a dead block chain. Things change and with that your blockchain should have the ability to change with it.

What are some of the projects you believe in or are looking forward to launching on the HIVE blockchain?