Bitcoin (BTC) Falls Below $43K in Wake of Evergrande Crisis 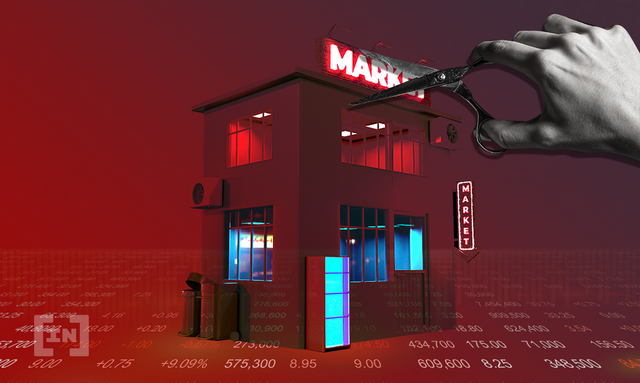 Bitcoin losses continue to mount as the world reacts to the Evergrande selloff.

The price of Bitcoin has been steadily declining recently and, due to the issues surrounding Evergrande, might not be done falling just yet. The world’s most popular digital currency has fallen -2.68% in the last 24-hours and down -8.29% over the past week. At one point, on Sept. 21, that number reached -12%. The loss in value for bitcoin mirrors the broader market as the fears of Evergrande’s future permeates the landscape. Other coins to see significant declines include Cardano and Dogecoin, each falling more than 10%.

The issue surrounding Evergrande, China’s second-largest property developer by sales, is that it cannot pay back massive loans. The real estate giant has claimed $300 billion in liabilities and, as a paper from the end of 2020 shows, the company has just $32 billion in assets. This means that Evergrande is in danger of defaulting with just 10% or so of its total liabilities on hand. The company has been trying to find a way out from under its crushing debt by selling off some of its assets.

The real worries began to come after Evergrande suspended trading of its main unit’s onshore corporate bonds following a downgrade from China Chengxin International. The downgrade sent Evergrande tumbling from an ‘A’ to an ‘AA’ rating, which applies to bonds and Evergrande’s issuer rating. Evergrande was also added to a watch list for further downgrades in the future. So far, Evergrande has been able to raise just around $8 billion to help pay off their mountain of debt.

Sales trader at GlobalBlock, Jonas Luethy, told CNN Business that “some have attributed the sudden dip to the currently ongoing Evergrande situation in China which has already caused turmoil in traditional markets.” Luethy goes on to say that “analysts have suggested a choppy week is ahead, with a potential pullback to as low as $41,000.”

CEO of Valkyrie Investments, Leah Wald, adds that “this is part of a well-established pattern where it sells off as traders cash in their riskier assets to cover margin calls and/or sit on the sidelines until markets calm down, and they feel more comfortable going back into riskier positions.”

Cryptocurrency was not the only sector of finance that has been suffering during this crisis. The S&P 500 also fell around 2% after experiencing its worst session since May 2021. Meanwhile, European equities also stumbled, losing more value than at any other time over the last two months. Some of the worst performers include giants such as Goldman Sachs and JPMorgan.