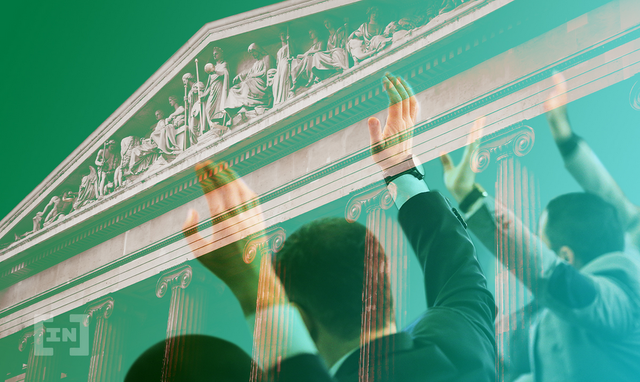 Opposition to the rules say that they would nudge crypto trading into unregulated areas of the financial landscape. The rules make it so that banks which own cryptocurrencies must set aside one dollar in capital for every dollar in bitcoin owned.

The Basel Committee for Banking Supervision, based out of Switzerland, is a group of global central bankers and regulators. However, the rebuttal comes from the Global Financial Markets Association, which includes the likes of JP Morgan and Deutsche Bank. The latter sent the former a letter on Tuesday in opposition of such strict capital requirements for bitcoin.

“We find the proposals in the consultation to be so overly conservative and simplistic that they, in effect, would preclude bank involvement in crypto asset markets,” the letter read.

Back in June, the Committee said the risk of crypto holdings should be at 1250%. The Committee consists of the Federal Reserve, the European Central Bank, among others. While it doesn’t enforce the rules it sets standards for global regulators.

In addition, the Committee’s narrow definition of stablecoins almost places them in the same capital requirements’ category as bitcoin. Included in the opposition are many trade associations, which say such a high risk category is unnecessary.

This year as the market capitalization of stablecoins surpassed $100 billion regulators vocalized their concerns over potential risks. Others position central bank digital currencies (CBDCs) as a more safe alternative to stablecoins. Though CBDCs come with their own risks as well, mainly to privacy and security.

Nonetheless, most regulators highlight the risks of cryptocurrencies. The U.S. Senator Elizabeth Warren remained vehement on her skeptical stance towards crypto. This past summer she pushed for “crypto police” in light of systematic risks.