First I must say that this post is a response to the invitation made by @theycallmedan and @leofinance (with help from @aliento, @hispapro and with the collaboration of @tripode). In fact, it was this initiative: #Financial Goals 2021 Initiative | Share your plan to grow in 2021 | HIVE and LEO Prizes. A big thank you to everyone! 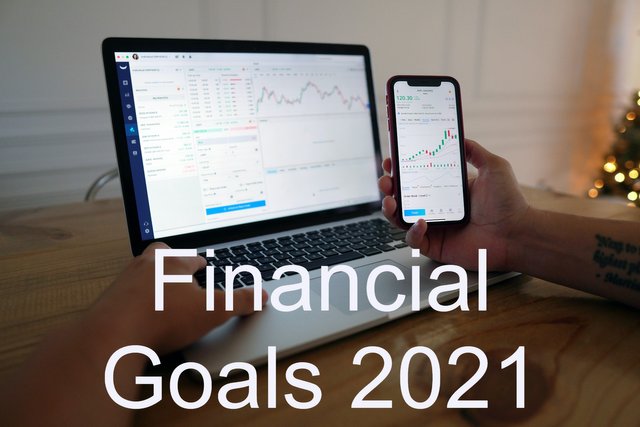 Photo by MayoFi on Unsplash

A short self presentation

In the years when I entered the fascinating world of the internet, I was already preoccupied with the moment when retirement and detachment from what was called active life would come. I considered that the internet was my chance not to fall into the disappointment of my old age.

So the last ten years when I had a job were the years of looking for sources to make money working online, through internet marketing.

I considered that an income obtained from individual activities and with a source external to the country where I lived (Romania) is the smartest action that can be taken in my situation. This is because everywhere it is announced that the pension system will not be able to pay millions of retirees. A few hundred dollars a month (which in the western world doesn't mean much) would have meant to me the difference from a somewhat limited existence to a decent one.

For almost ten years, almost every day I tried to find the best and most legitimate way to make money online. Traumatic experience, with an unsatisfactory result for me. I made money, I lost money and in the end the balance was negative ...

Not to lengthen it, I discovered that you can make money from blogging with Steemit. It was the first contact with cryptocurrencies, seen as an aid for the retirement period. I kept everything I won. After three years, when Steemit cracked for me (and for everyone here) I didn't know how to withdraw Steem, how to transfer or trade it... I was only interested in blogging.

I never had a plan, a target. I let everything run free, I was like a leaf blown away by the wind. That didn't bring me any advantage, but I found out later.

It can be seen that I am used to writing very long blogs in Hive, I happen to get lost in words and I don't know how to stop. Ever since I started writing in Leo Finance I have learned that time means money, not only for me but especially for readers! The daily activity in Leo, reading many blogs about investments, finance, cryptocurrencies, the economic future of our world but especially when I read everyone's goals, I understood something ...

That in order to achieve something in life you have to have a plan, both with what you do now and especially to know where you want to go in the future.

At the age of retrospectives, I realized that I would have liked to do some things, perfectly achievable with the powers I had, but which I did not think to do. I didn't make a plan, I didn't have a goal.

My financial goals for 2021

I understand that the chance for a gain in the coming years is represented by cryptocurrencies. Until recently, I didn't believe that, but the events of last year and the beginning of this year completely changed my approach.

I aim to earn crypto from online activity, still writing in Hive and Leo Finance. Other places have begun to appear where different cryptocurrencies can be won, but unfortunately, time cannot cover such great diversification.

I propose to buy different cryptocurrencies and start trading (but first to learn a bit... more).

Now we have reached the moment of predicting the value of Hive and Leo in 2021. I think that this suggestion of @theycallmedan is made to see if there is a clairvoyant among us!
I believe that I will give the lowest values because we have to say not what we would like to be but what the value of our coins can be (as our mind judges).

I have no arguments for any choice and I hope I am wrong with the value too low and not otherwise.